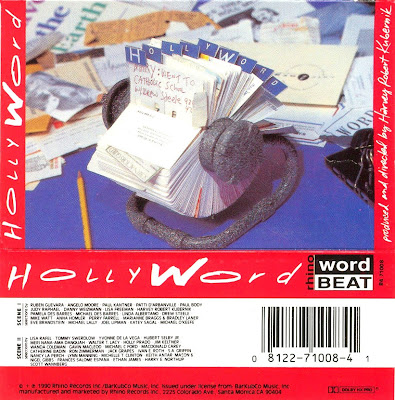 Harvey Kubernik, current author of five music/film biz books including the recent, deluxe "Canyon of Dreams," a lavishly photo-illustrated tome of Laurel Canyon entertainment industry history throughout this unique area's nine decades, once was the premiere producer of Spoken Word by musicians and actors (possibly because he was the one who discovered the loophole that musicians' spoken words didn't necessarily belong to whatever label owned their musical offerings.)

His releases flowed forth through an assortment of South Bay hardcore punk labels, his own Freeway Records plus Kubro, and Rhino Records via Rhino/WordBeat. This last company, however, relegated "Hollyword," one of the best works Harvey ever curated, to a cassette-only release, hence its rarity and undeserving lack of renown.


Truth in advertising DISCLAIMER: I did the "Hollyword" art direction, front cover photography and the assorted shots of its contributors that you see displayed here, yet I'd love this work even if I hadn't. It encapsulates the music/film biz mindset of the late 1980s/early 90s so perfectly that it seems a conspiracy amongst its participants, which it wasn't. Indeed, that front cover tips off its 1990 genesis bigtime with clues galore. For one, that roundish thing, upon which I sprayed granite rock texture, with the letters spelling out the title was called a Rolodex, pre-Pda/G4 symbol of a Hollywood player's multitudes of contacts. (Harvey and the Surf Punks' own Drew Steele brainstormed the cover idea.) 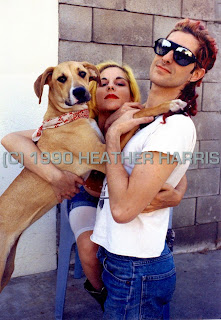 Perry Farrell and his nuclear family with Casey Niccoli and Annie→

These non-conspirators encompassed LOL humor, poignant drama, weird little time capsules, a bit of pretentiousness, and fun verbal riffing. Lollapalooza founder/Jane's Addiction/Porno for Pyros' Perry Farrell's 9-minute moody, Faulkner-esque "Letters To Xiola" was recorded in two takes, after the first he promised a better one, disappeared into the loo for a spell of gawd knows what, returned and indeed offered an improved reading. Wait until you hear his breathy "I'm scared...and I'm excited!" This Xiola fragment morphed into a complete song on the next Jane's Addiction release, which of course went platinum. He was photographed as such a be-caprisoned freak in those days, I welcomed portraying him a normal if hyper-creative person with then girlfriend Casey Niccoli and pet dog Annie. 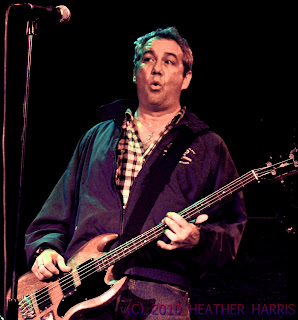 Mike Watt, once of The Minutemen and fireHOSE, currently of Iggy and The Stooges, The Secondmen, Dos, and about three dozen other bands made a memorable if short contribution. His Hootpage blog (LINK) features many of his poems scattered throughout the diaries.

↓Katey Sagal, singing at The Palomino club in the 1980s 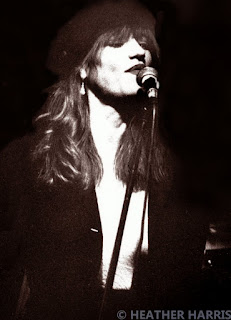 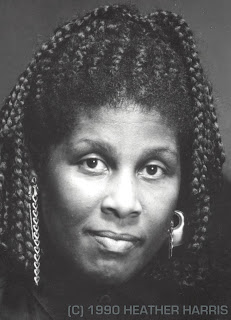 Wanda Coleman (also see LINK,) an author, poet and onetime television writer who's recorded with Lydia Lunch and was a Kubernik stable favorite of course has an offering. Although it's not the one included here, Coleman's live performance monologue about her rape remained one of the most moving and least cliched treatises on the subject I've witnessed.
←Wanda Coleman 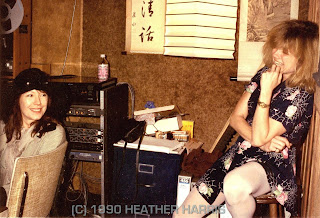 Real life chums Pamela Des Barres and Patti D'Arbanville provided memorable offerings, with Des Barres' one a vintage 1966 teen angst-o-rama set to the meter of her mentor Frank Zappa's song "Trouble Every Day." (Undisclosed by her, but I'm close to their same age, I know these things.) Her then husband Michael's "Let's Put The Stones Back Together" (meaning the then feuding Rolling ones) included hilarious impressions of same. 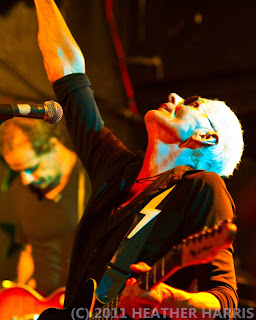 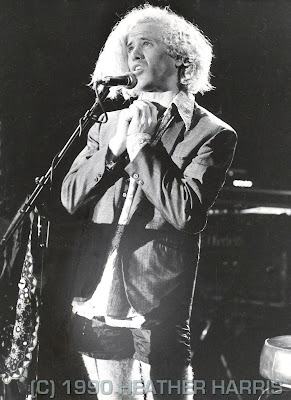 ↑Drew Steele of the Surf Punks, a picture of pious innocence (yeah, right!) 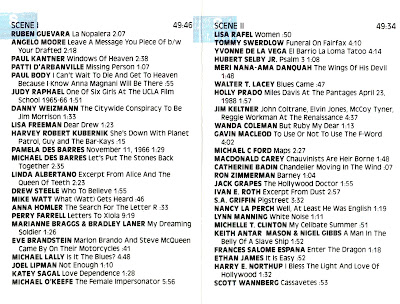 Yes, that's tiny type (it was for a cassette tape package, remember.) For full credits go to LINK
Posted by Fast Film at 2:59 PM

I have to thank you for introducing me to Harvey. One of my biggest regrets was having to cancel my choice of getting married at The Red Dog Saloon, in Virginia City, Nevada.
He was a plethora of fabulous stories and made me feel I was there as he told them.
I want to invite him to hang out just so I can hear him talk for hours of his fabulous stories.