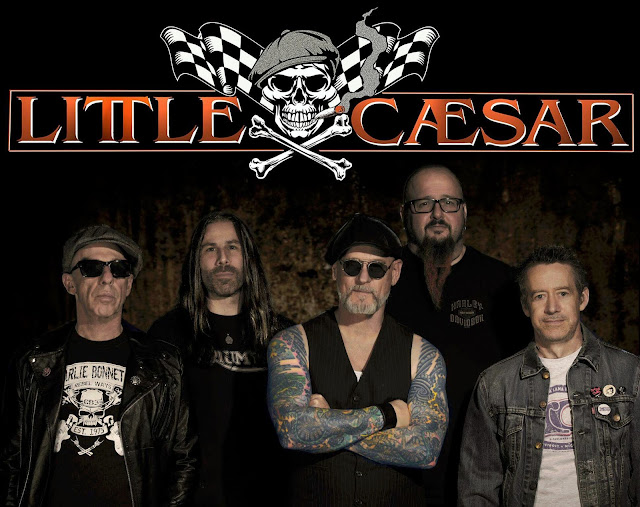 Great news, LITTLE CAESAR is on the loose again at full speed. With my studio portrait now they're all set for the first of their 2018 international tour schedule! Feb. 21, 2018 kicks off the U.K. segment. And a new album! Click LINK* for details.  Above, L-R:
Loren Molinaire, Mark Tremalgia, Ron Young, Pharoah Berrett and Tom Morris.

*http://www.blabbermouth.net/news/little-caesar-to-release-eight-album-in-march/
Posted by Fast Film at 8:55 PM No comments: 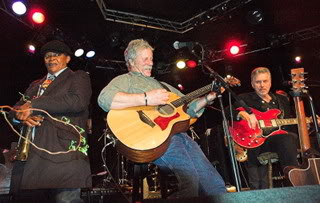 Rest in peace Hugh Masekela, South African trumperter extraordinaire, seen here with Chris Hillman of The Byrds and The Flying Burrito Brothers, and Johnny Rivers at the tribute to Mario Maglieri at the latter's longtime venue The Whisky A Gogo.

Once wed to singer Meriam Makeba, Masekela fought hard against his native country's horrid apartheid policies. He came to the U.S. in 1967, played solos on hit records like The Byrds' "So You Want To Be A Rock And Roll Star" and appeared in the Monterey Pop Festival film as a featured performer.
Posted by Fast Film at 11:05 AM No comments: