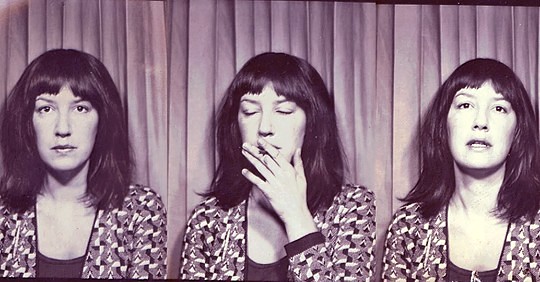 Eve Babitz very graciously gave a reading at my first solo music photography exhibition way back when. It was a selection from "Rosewood Casket" about Gram Parsons, although he was not so named, from her amazing Eve's Hollywood book. You want emotional, deceptively simple writing boys and girls? Start by diving into this one first, although her second tome Slow Days, Fast Company remains the most lauded of her five non-fiction works and its first edition boasts that amazing cover with the Saluki dog representing all young Hollywood beauties...

Eve's Hollywood is laced with rock and roll, albeit discretely omitting names, and outlines so much about my demographic that has eluded capture heretofore. Los Angeles shares one gigantic parallel with London of the same 1960s/70s eras-- despite the hugeness and variety within these locales, the most interesting aspects of their social and entertainment biz' beating hearts remain accessible only if an insider invites you in. Eve's writing is an instant "Open, Sesame!" to the riches of Ali Baba's secret caves...

Happily all the fiction has been republished (there are two further non-fiction books) and is readily available negating their previous collector prices. Hollywood's Eve, her just published biography by Lili Anolik reminds why Babitz is not only important but indispensable to Los Angeles literary history. 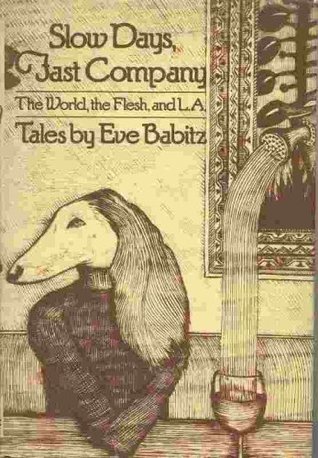 P.S. The ex-husband of my friend, legendary singer Leslie Knauer (see LINK*) is the photographer in question who immortalized Marcel Duchamp posing with a young Ms. Babitz, naked, both playing chess at an art museum. This cultural godhead image can still be purchased from its maker or at the Robert Berman Gallery, Santa Monica, see LINK** .

Can you see who this is? You knew what she looked like when she was dressed to the nines, fancy, beautiful, retro. This screen capture isn't indicative of bad times or exploitation, just security tapes of an artist looking in a mirror, alone with herself for better or worse. It was the one travail she couldn't handle, and proved lethal.
It might have been a more apropos graphic to promote the 2015 documentary "Amy" directed by Asif Kapadia. The world's rarest orchids cannot survive even a cocooned hothouse without care 24/7, such is their bargain. She should have had it since, as Tony Bennett reminded us in the film, she was that important. And yes, it could have been possible. The too far gone insane and truly evil seem to be immune, but others can saved by the right experts. A physician friend reminds me that drug and alcohol addiction are harder to cure than cancer, but herein, no one in her immediate familial relationships pushed hard for medical care.


Note that the anomalous greatness is taken for granted, and all that's left for discussion is her medical/psychological plight. Explanation: not in the film, but dead on, author Nick Coleman's phrasing of Amy Winehouse's "...terrible, bone-eating pain that is always the result of too much compulsion;" i.e., the very template for superiority in the arts.

One such observation stood right out to me. One of her producers/song collaborators pushed for medical help for her when he first became aware of the problems, very early in her career. He claimed if she had gotten longterm help way before she was a media figure and subject to a very exploitative tabloid press personal harrassment every time she went outside, the whole process may have gone easier with less resistance from her and possibly put her on a better road; i.e., those who backslide repeatedly until something clicks later on and they give it a chance.

Artists are artists because we perceive life differently. Add deep seated psychological problems that one may or may not be born with to the whole miasma, and it can incubate forces which may not have been so overpowering in more ordinary lives. The documentary then adds specific, poignant evidence, like the dismissive jailbird husband asked about Amy and quoted saying directly to the camera "I can do better."  I hope that's his fu-kin' epitaph, "I can do better..." when the inevitable catches up to his future anonymity.

DEMONS IN THE PUNJAB thought for 2019

Writer Todd Everett reminded his Facebook friends yesterday of occasional gems on normal broadcast television with the unexpectedly moving monologue on fine art greatness on a Dr. Who rerun, "Vincent and the Doctor."

Today's fare included this verity: "Ordinary people who have lived here all their lives, whipped into a frenzy to be part of a mob...We've lived together for decades, Hindu, Muslim, and Sikh. And now we're being told our differences are more important than what unites us... I don't know how we protect people, when hatred's coming from all sides."

This was from late 2018's "Demons in the Punjab" written by Vinay Patel, also from the time travel series Dr. Who about the tragic upheavals of the partition of India and Pakistan in 1947 (two million killed, 14 million displaced,) with clear comparisons to all of today's political parties. Let it sink in for all 2019--what unites us is more important than our differences...

Background on the Partition: LINK* 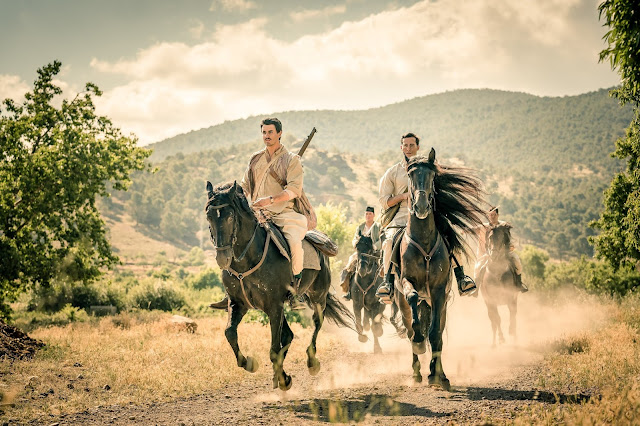 *https://www.theguardian.com/world/2017/aug/05/partition-70-years-on-india-pakistan-denial
Posted by Fast Film at 6:32 PM No comments: