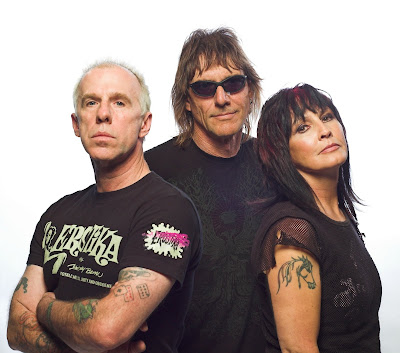 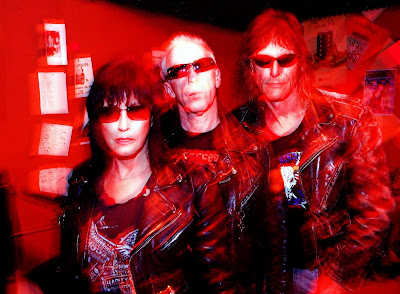 The hardest thing to do in art remains chronicling one's own self objectively if accuracy is required. The second highest hurdle of subjectivity is to write about one's friends, hence no blog heretofore about The Dogs, a legendary punk band whom I've known for two and a half decades while considering bassist Mary to be my closest female friend. I found at least a voice sputtering through in relaying instructions to their videographer for a shoot in my studio last summer, excerpted as follows.

Joel-- Thanks for fitting this in. (-technical specs followed-) What might make it fun for you as opposed to them (they live for this stuff) is your encounter here with some genuine, lifelong subversives. In no way intellectuals, as artists they are real do-ers, activists as opposed to bookish shoegazers, always creating, and they have impressed the hell out of me in my acquaintance with them for the last two of their four decades as a band. I thought about this re-reading your "what is art anyway" blog on your site (Joel definitely deserves a plug here.)

Don't be fooled by their friendliness, one of them a family man with a traveling music equipment sales job, one of them still amazing-looking with a flirty laugh alongside near technical perfection of her bass, one of them's can-do agreeability belying his complete percussion mastery.

They were once kids who opened in the '60s for the MC5 and the Stooges in their native Detroit, supported S.D.S. and all the (original) anti-war stuff, frequently were arrested for starting riots there, played for free, played festivals, refused to pay-to-play here in L.A., toured the U.K. and Northern Ireland in the 1970's (Mary told me our '94 Northridge earthquake damage reminded her of normal Belfast,) maybe kick-started punk at CBGB's wearing their street clothes of leather jackets and torn jeans onstage (with future Ramones watching,) definitely kick-started DIY punk in L.A. with their Radio Free Hollywood four-walling of live venues along with chums The Motels and The Pop, opened for Van Halen, AC-DC, Kiss, all the later punk legends, Guns N' Roses, in fact you name 'em, they probably opened for them, survived Phil Spector's gunplay, were name-checked by Henry Rollins, Spin Magazine listed their “Slash Your Face” 1978 single as one of the top 10 great punk rock songs of all time, became cult legends around the world enough to easily tour packed venues in Japan in 2007 and to astound Mr. Twister's record company in Italy during Chainsaw's reunion Euro-tour in 2004 ("You are friends with The Dogs?!?") but never really plugged in or got any payoff and yet DIDN'T QUIT. 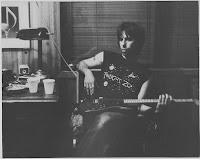 They've survived personal fall-outs, triple-bypass heart surgeries, major addictions, not to mention the foremost enemy of rock and roll, the passing of time. Yes, they've all played in other bands in the last two decades as well and continue to do so (Mary-She Rok and Kanary amongst others; Loren still in Little Caesar, Texas Terri's band and Gilt Lily in the past; Tony played some damn gigantic Metal Festival in South America no less) but how many musicians remain authentic enough to keep their actual teenage dream alive (Mary and Loren were high school sweethearts remaining bandmates despite breakup) this late into adulthood without recompense? As full time artists no less? 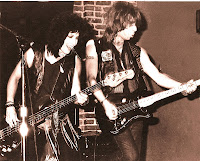 All this info only supplements the major aspect of The Dogs to their fans: their music. It accomplishes all the impossible paradoxes of all great art: concomitantly complex yet simple, personal yet universal, and always mind-blowingly right for power trio-hard rock. That'll always speak for itself. Addenda: as Retrokimmer noted upon her own introduction to them, you can't believe the fun, cheerful, unproblematic people you first meet as The Dogs are such hardcore, speedmetal-fast, technically adept, monster players. Can one rock forever at the same intensity? Hell, yeah. 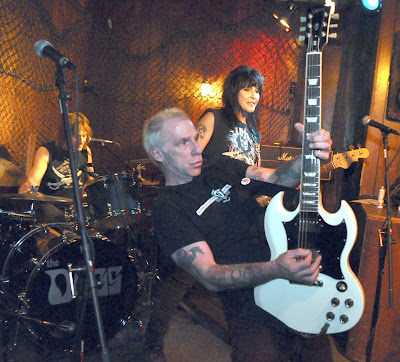 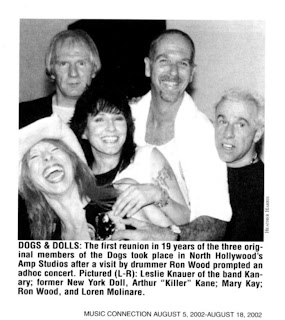 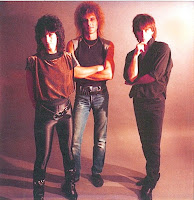 Photographs herein are The Dogs from 1985 through 2010, featuring Loren Molinare, Mary Kay and Tony Matteucci. Original 1960s/70s Dogs' drummer Ron Wood (the other one) is shown in my pic of the Dogs with the late Arthur "Killer" Kane (of the New York Dolls.) At the bottom right of this post, Mary collapses giggling after her backwards somersault while still performing killer bass-lines in a video shoot of The Dogs' "Punk Rock Holiday," 2009. I actually first saw The Dogs perform in 1977 at the Whisky in L.A. on a bill with The Motels and The Pop, but was camera-lessly reviewing that night for "Performance" magazine. Of course I was knocked out by them and wrote same. 'Still am. 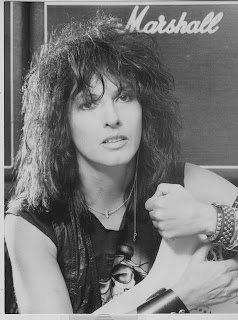 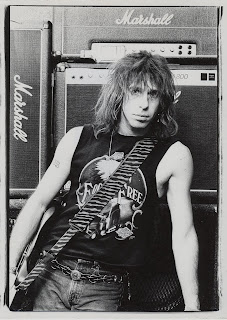 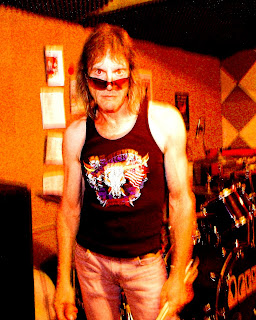 Thanks for sharing that!

Hell, yeah! I enjoyed this a lot.

Makes me wanna SLASH MY FACE!

That rolling lyrical thunder of Mary's bass while she locks in w/ Ron or Tony... Loren's VERY REAL guitar and vocals, and those tunes.... wow!