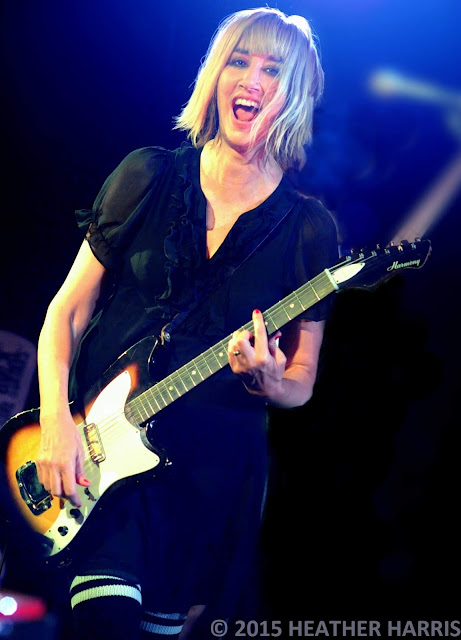 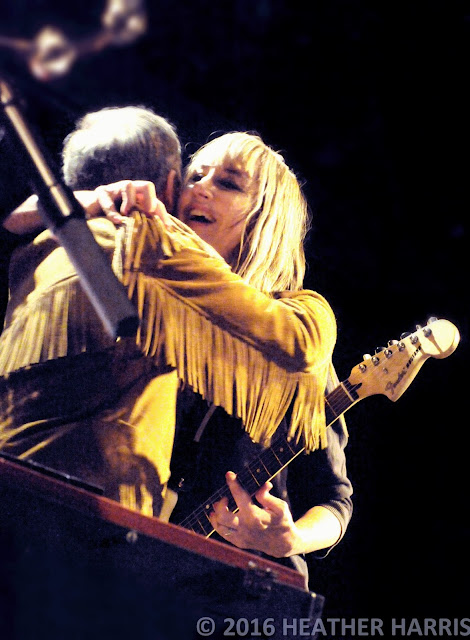 It's hard to believe that someone so young and full of life suddenly has passed away. Rest in peace Kim Shattuck, age 56, gone this morning (10.2.19) of Amyotrophic Lateral Sclerosis, also known as Lou Gehrig's Disease. The horrible news was confirmed by her husband Kevin Sutherland.

C.V.: Bassist in first era of the Pandoras, the Mach. 6 or so one with her close friends Melanie Vammen and Sheri Kaplan Weinstein; singer/guitarist of the last reunion of The Pandoras; singer/guitarist of The Muffs; briefly bassist of The Pixies replacing Kim Deal (Shattuck reputably was canned for stage diving); and as of 2019 singer/guitarist of The Coolies with her chums Melanie Vammen and East Coast icon Palmyra Delran, favorites in rotation on Sirius XM radio. Kim was one of the most active performers onstage I've ever photographed, bouncy and attentive to both audience and band members. She had a deceptively girlish soprano (given her mischievous lyrics) that she molded into whatever garage-punk form she required for these assorted groups.

The second photo above shows her hugging 1960s historian author/gig compère Dominic Priore at a show wherein The Pandoras opened for the reunited LOVE Revisited with original guitarist Johnny Echols. Shattuck was an extremely popular musician with her peers and fans alike, and will be missed notably from the L.A. scene. 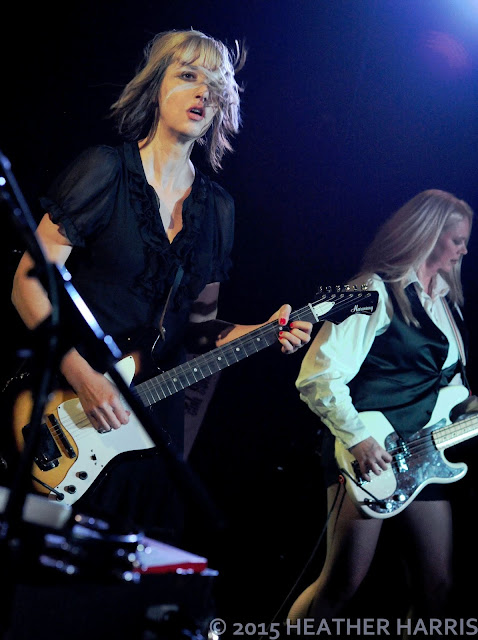 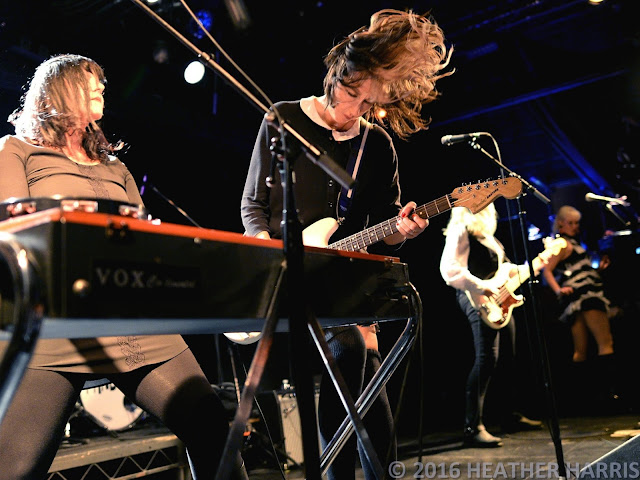 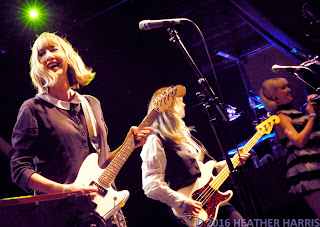 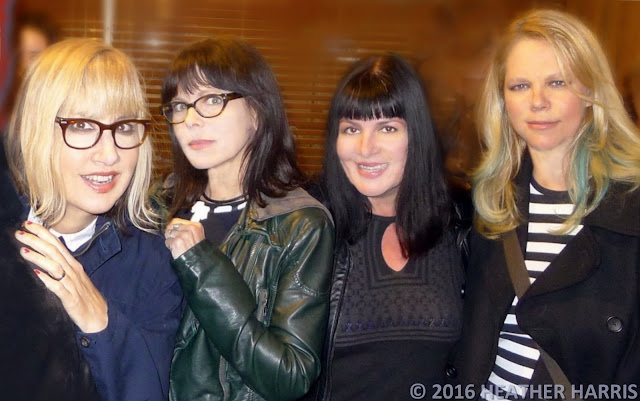 Above, The Pandoras -- Kim Shattuck, Hilary Burton, Melanie Vammen and Karen Blankfeld -- at a Rodney Bingenheimer party in 2016.  Below, proof sheet frame of Melainie and Kim in the earlier version Pandoras helmed by the late Paula Pierce (Do click LINK*.A longtime fan wrote that Kim's demise was yet another horrid jaw-dropping surprise in the saga of The Pandoras, whose singer/songwriter Paula Pierce dropped dead of an aneurysm at age 31.) 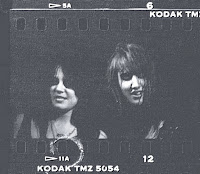 One must note that all of the proceeds of Kim's newest release, the EP Uh Oh It's The Coolies! goes to the ALS Association Golden West Chapter. Kim Shattuck's own seriocomic quotation, "Caretaker or diseased it (ALS) is not something I would wish on anyone, even Trump."  You can purchase the Coolies' EP with its free 3-D sunglasses here: LINK**. Kim's friends and admirers also are urged to contribute in Kim's honor to this Facebook fund to the very same ALS foundation to find a cure : LINK***