GUNS N' ROSES, MISGUIDED, and WHY I DON'T LIKE CHRISTMAS 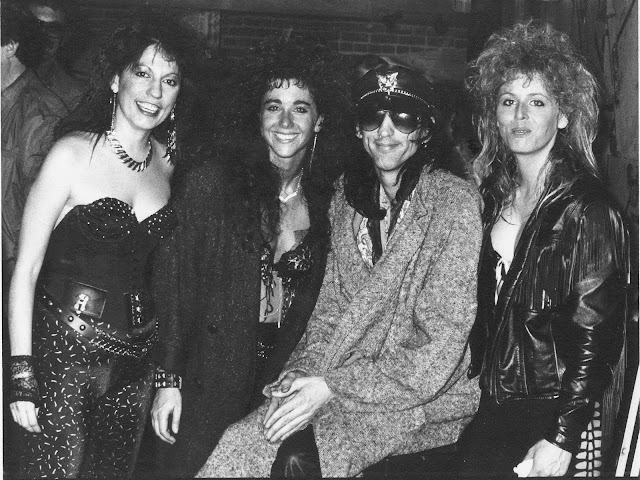 It was the end of the 1980's, my most lucrative decade of photographic work. Hair metal, post-punk and proto-grunge had been very, very good to me. But life events caught up with me bigtime in the last dwindling days of the decade. My graphic art business was sued and taxed out of existence by the California State Board of Equalization, who had decided that drawing art was a quantifiable product, not a service (how many yards of art would you like, sir?) My favorite cousin was diagnosed with AIDS, a death sentence then which indeed ensued. My beloved grandfather died on my birthday. My favorite local colleague and friend Suzan Carson (she did the Kill City Iggy and James Williamson pix, see LINK) died of cancer on Christmas Eve. And my close friend in England Shelley Benoit, the one who had introduced my better half and me 20 years prior to this, died on Christmas day of a completely preventable medical accident in hospital in Cornwall.

To say I was reeling in my psyche would have been an understatement. One's first flurry of personal deaths is usually the hardest. Post Christmas, I did not go to sleep for 5 days and nights in a row, 80% harrowing emotional inertia, 20% "other" (it was the 1980's and I did work in the music business.)

Then metal group Misguided, whom I had photographed in my studio, invited me to photograph their well-publicized debut at the Whisky. I noticed someone from the Group of the Hour, Guns n' Roses, hanging off the front of the stage like some kid at Altamont, a very unusual display of musical fandom from a ridiculously timely superstar. I don't normally corner stars a la paparazzo, but I felt that my clients would love a photo of themselves with the Guns guy, and he just might have enjoyed their set enough to be approachable.

So above is my backstage photo of Izzy Stradlin with 3 of the 4 members of Misguided. And the first paragraph should be self-explanatory as to why I don't exactly celebrate Christmas. At the Fastfilm and Mr. Twister residence during the holidays there is no tree, there are no decorations, just presents for friends to cherish the ones that are still alive.

There's a photo of Suzan Carson at LINK. Below, Mr. Twister, Shelley Benoit and yours truly in London and Warwick, England, autumn, 1978 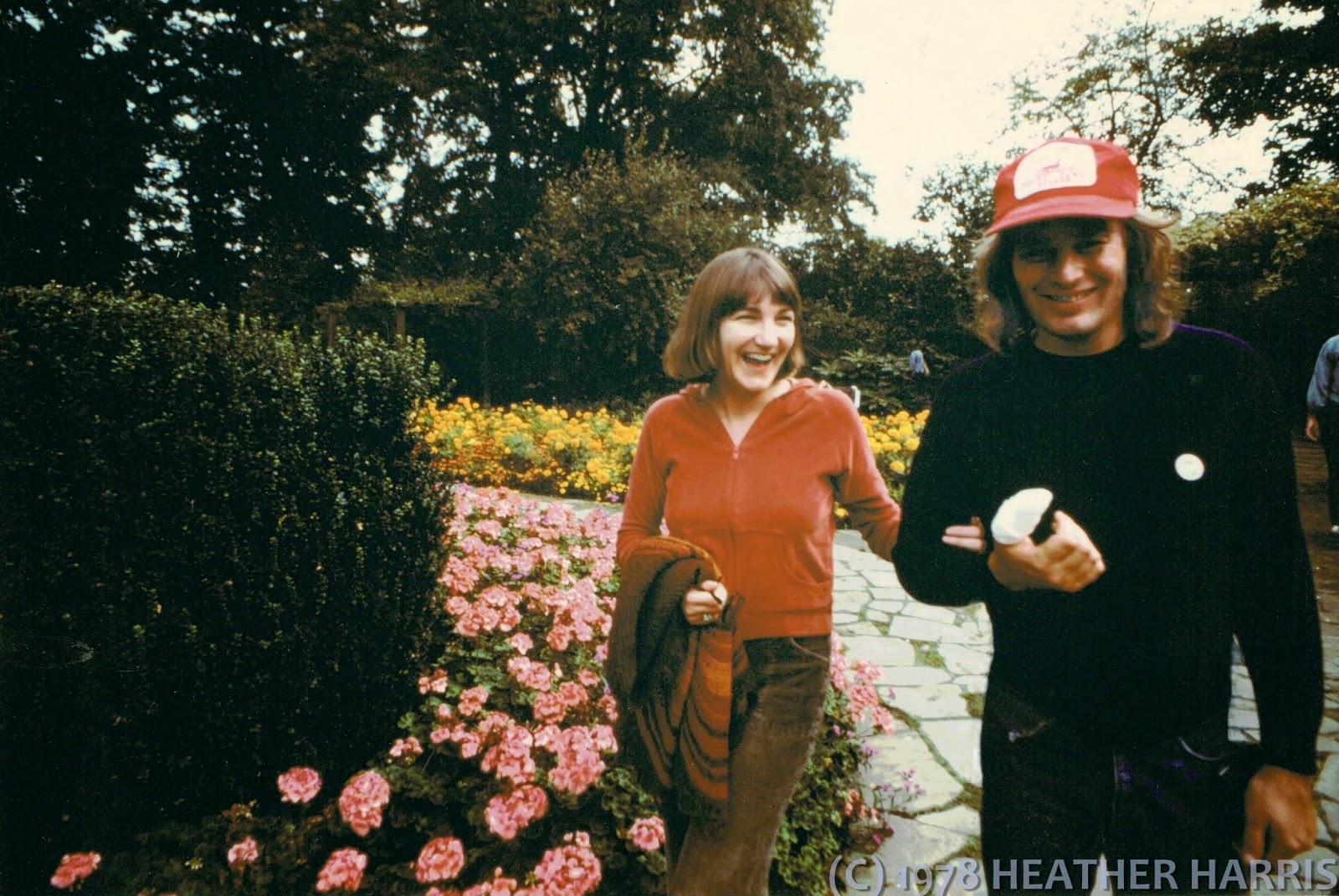 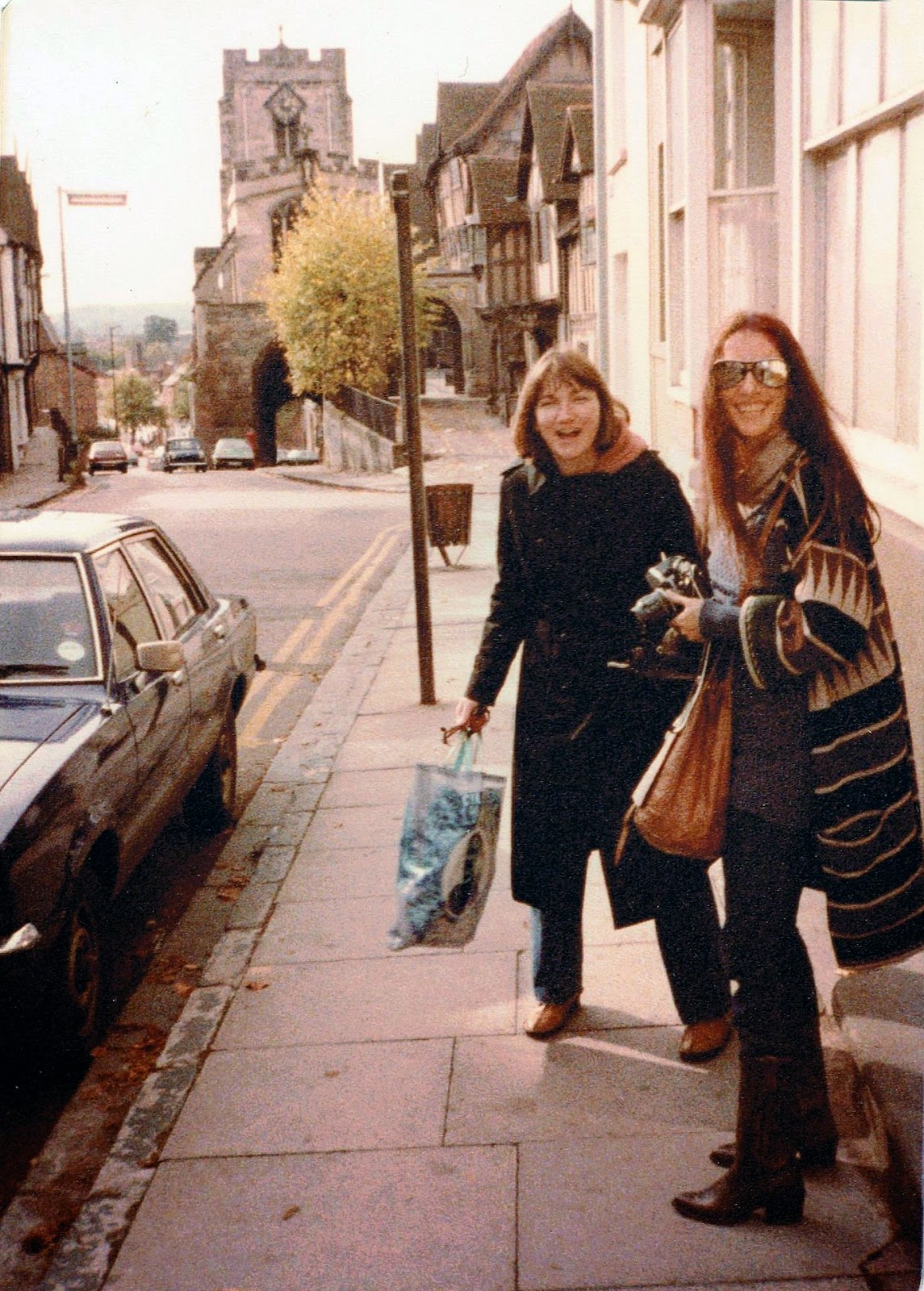 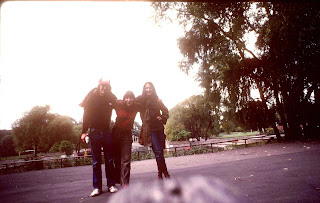 the hellidays. Made a great pic and ironic memory out of a hellish time. Kudos!

Addenda: I never stayed up that many days and nights in a row since. This was close to my own reckoning to "scale back" then cease and desist.

I was thinking about Suzan lately because two clients asked me about her Stooges' photos, some of them quite famous, which are not readily available nor even findable for those who wish to license same.

Her life's work went to one mutual friend's archive service, which then was sold to Getty Images, which doesn't seem eager to provide them.

Googling both these individuals mentioned produces less than a dozen references each, yet both were in demand stylists in their respective fields, and such nice people to boot. These sort of obstacles makes one wonder about one's own life's work as well as their own, even twenty years after the sad facts.

Any FastFilm readers still here, check out Evanesco's blog Songs of Peace "I Hope It's A Good One" on blogger here. Same topic, and she does a hell of a lot better coping at Christmas than I do. Fastfilm and Mr. Twister residence at the holidays-- no tree, no decorations, just presents for friends to cherish the ones that are still alive.

Your blog keeps getting better and better! Your older articles are not as good as newer ones you have a lot more creativity and originality now keep it up!

I could not agree more about the whole Christmas thing. For me, both in my professional career and my personal life, it has always been a season of loss. Thank you for writing about it so eloquently. Mary Ann