Fire update 12.9.17-- The fires in the Sylmar/Lake View Terrace area of L.A. labeled "the Creek Fire" has burned 15,000 acres as of today.  All the horses at my horse's boarding stable including my horse Indy were evacuated on December 5th, then their evac stable itself had to be evacuated that same day as well. Since L.A. has a paucity of horse zoning places (less than 2% of the entire Los Angeles basin from Antelope Valley to Orange County,) this led to a disapora of horses trucked to hither and yon.

For 12 hours I didn't know where he was. Now he's with his pasture buddy in someone's arena, safe and cared for. Meanwhile... his dressage barn facilities burned to the ground with Indy's tack with it. No matter, I am grateful he is safe. Much of the large, high-end, flagship facility south of us of which our stable used to be a part, Middle Ranch is gone as well although their horses are safe too. The facility north of us, Padilla Ranch suffered the deaths of 30 horses who perished in the fire. 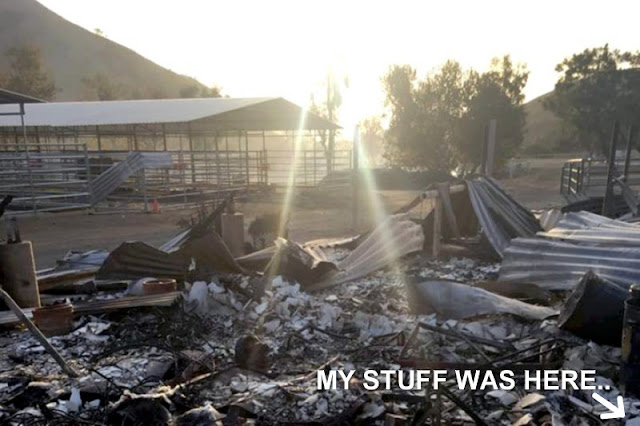 ↑ Above, all ashes and ruins, photo by Tricia Hamilton, the trainer who, along with Kiley Lampier, saved all of our horses while the fires were blazing around them.
↓ Below is a screen capture from trainer Stacie Wight's video assessing the fire damage at our stable. Hers happily was okay. 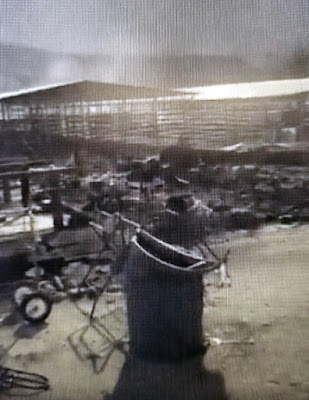 Below, more fire devastation of our formerly forested riding trails... 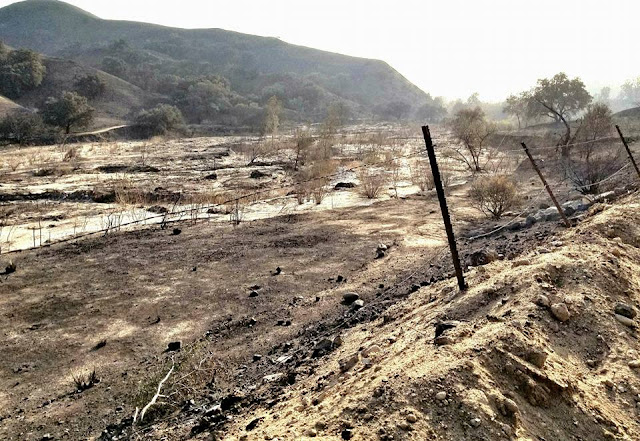 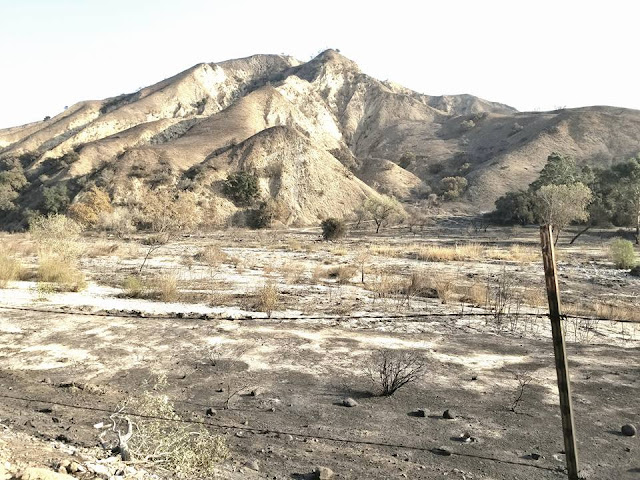 ↓ Here is my horse Indy in the beautiful arena which is his temporary bivouac during fire evacuation. He is a tad nervous but happy with one of his pasture buddies, and I am grateful he is safe.. 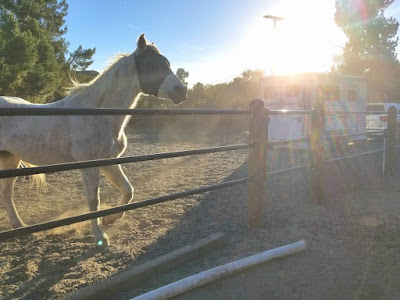 ↓ Me riding Indy on trail and in a show during much happier times. He's a grey pinto, which means the darker parts of his coloring have lightened over the years. He is 23, and I've had him for 20 years. He was Sport Horse of the Year in 2002 for Dressage in his National Show Horse Registry of the whole American Horse Show Association, mainly due to his trainer (Christy Monfort pictured with Indy in the last photo at bottom) riding him in the one year I could afford to have him shown... 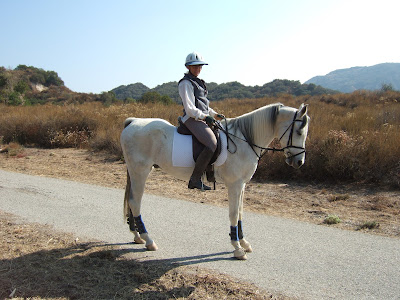 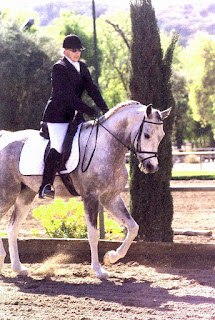 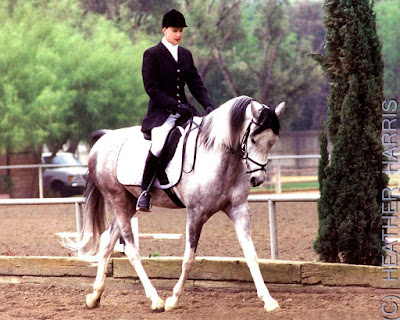 On the radio news yesterday, I heard a news conference with one of the L.A. Fire Dept. chiefs saying, "I've heard 'no loss of life' mentioned today and that's not correct. A lot of horses died. The L.A. Fire Dept. believes that all lives are worth our saving."


This LINK* shows the neighboring, high-end flagship stables Middle Ranch consumed by flames. Where my horse boards now used to be part of it.