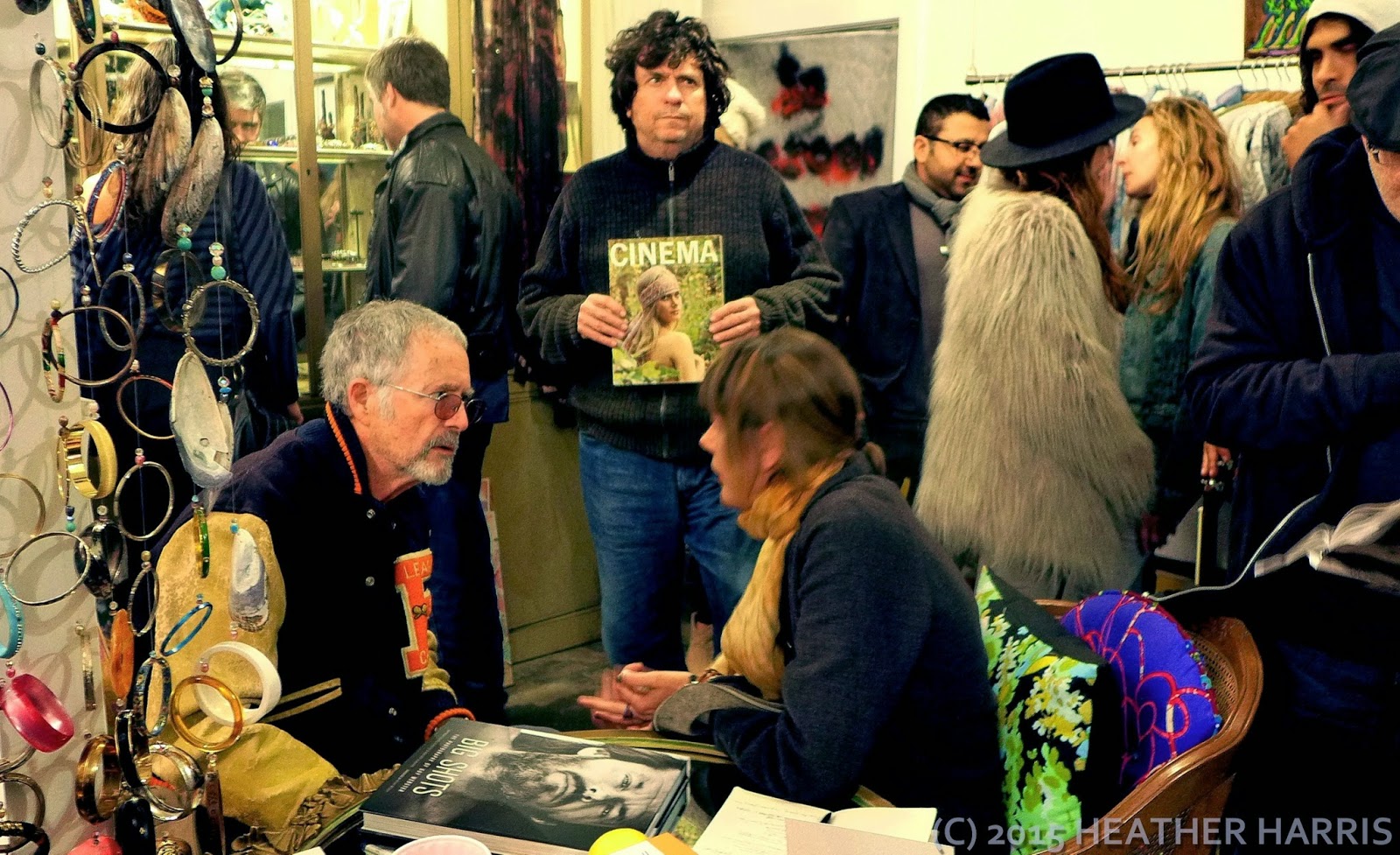 1.21.15: famed celeb photographer Guy Webster signed his Big Shots: Rock Legends and Hollywood Icons: the Photography of Guy Webster book in Venice CA at a well attended event at In Heroes We Trust boutique around the corner from his studio.

Webster has photographed the top echelon of actors and musicians for the last half century, beginning with his notorious bathroom portrait on the cover of the debut LP of million-selling, 1960s hipster vocal group The Mamas and The Papas. He is known for bringing a studio quality to candids and vice versa, but I associate his style with that of summoning dreamlike memories of stars rather than playing up their most stereotypical qualities, infinitely better.

Above, the book's co-author and West Coast entertainment biz historian Harvey Kubernik displays my copy of Cinema Magazine with Webster's cover portrait of The Mod Squad-era Peggy Lipton, which Webster, seated behind his tome, graciously autographed (below right.) The photographer said even he didn't own a copy of the periodical. As a teen in 1968 I had purchased it because an acquaintance was featured modeling in a full page ad. Of course the rest of the magazine proved enlightening to future cinema and photography interests. Below left, Kubernik and Webster confer. 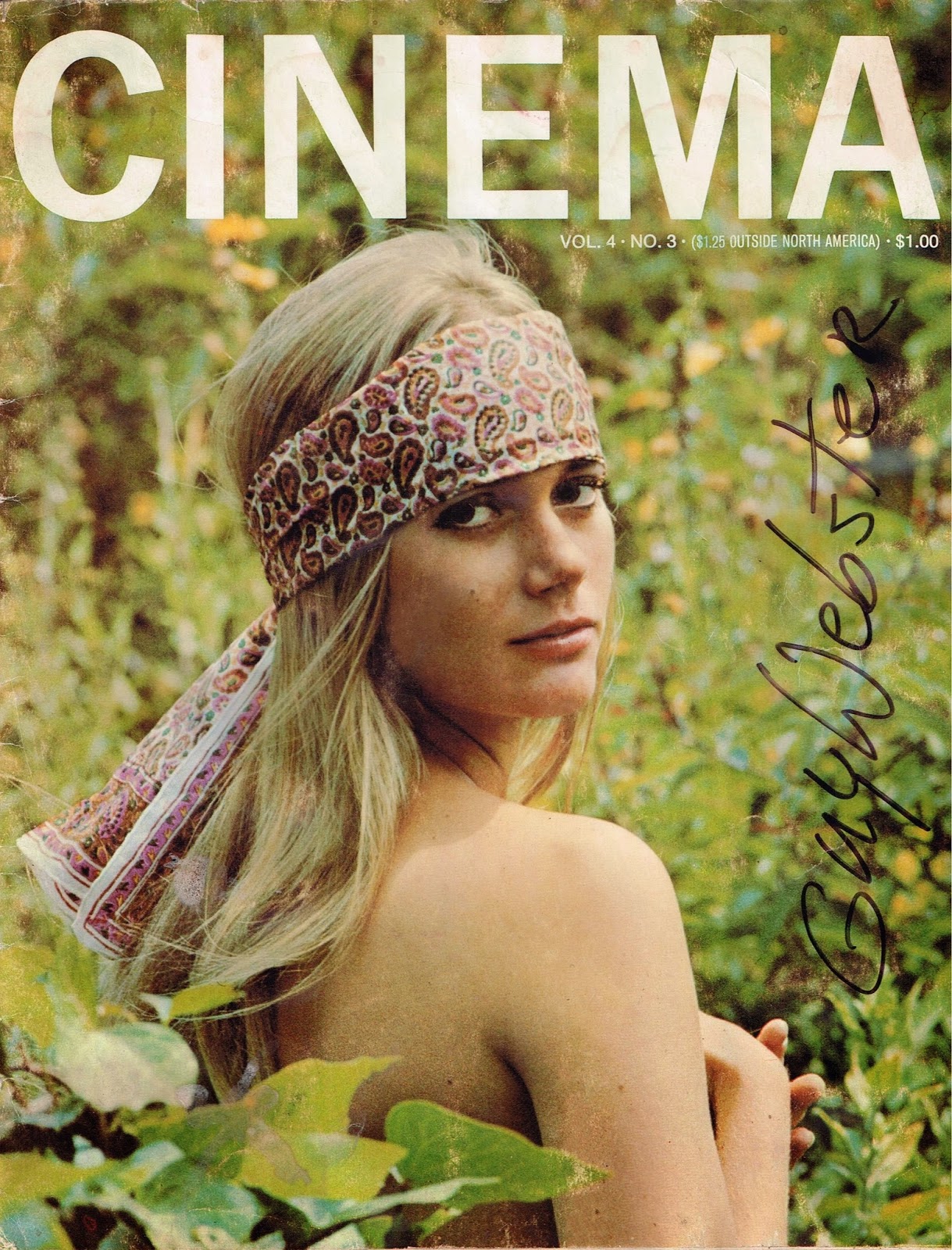 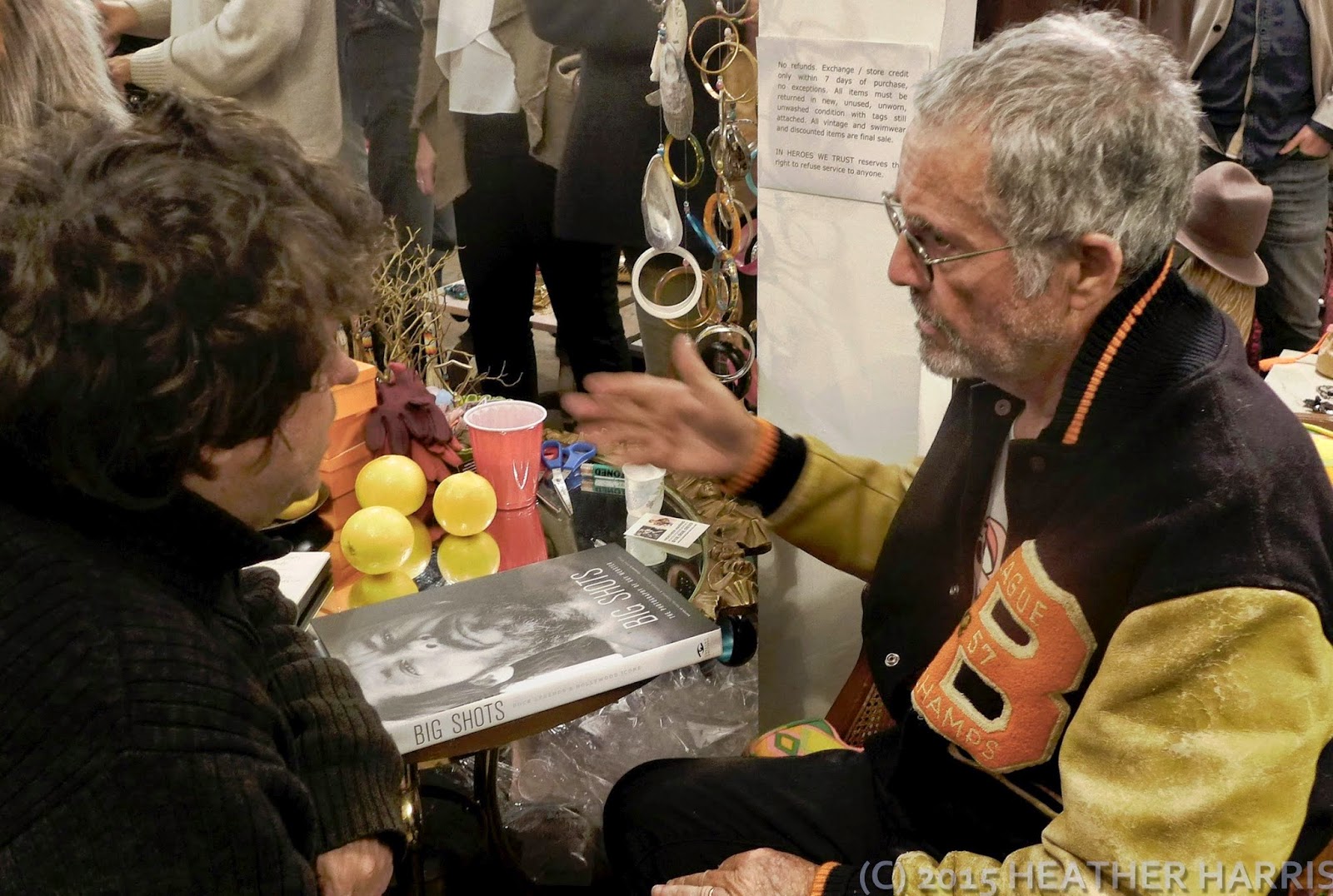 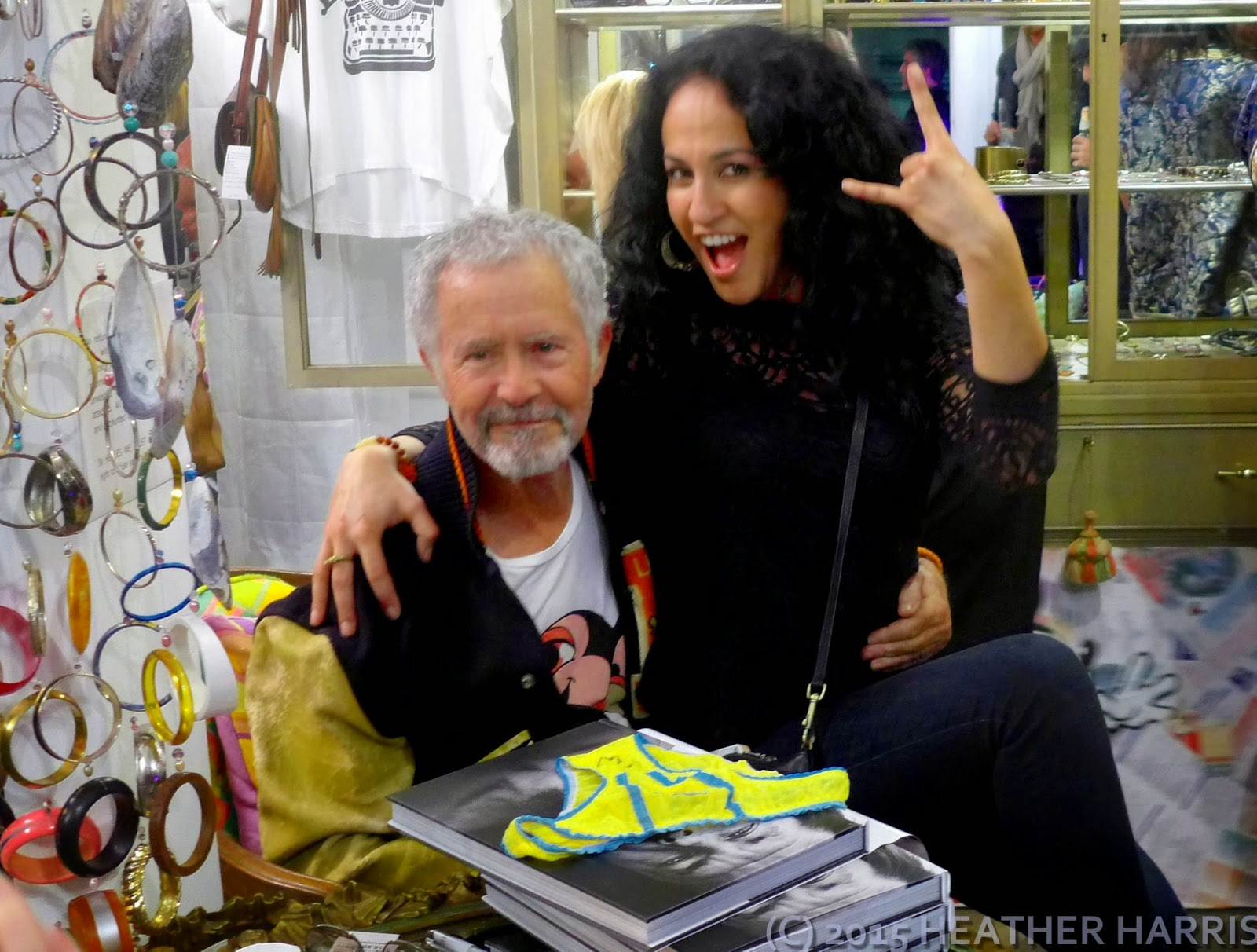 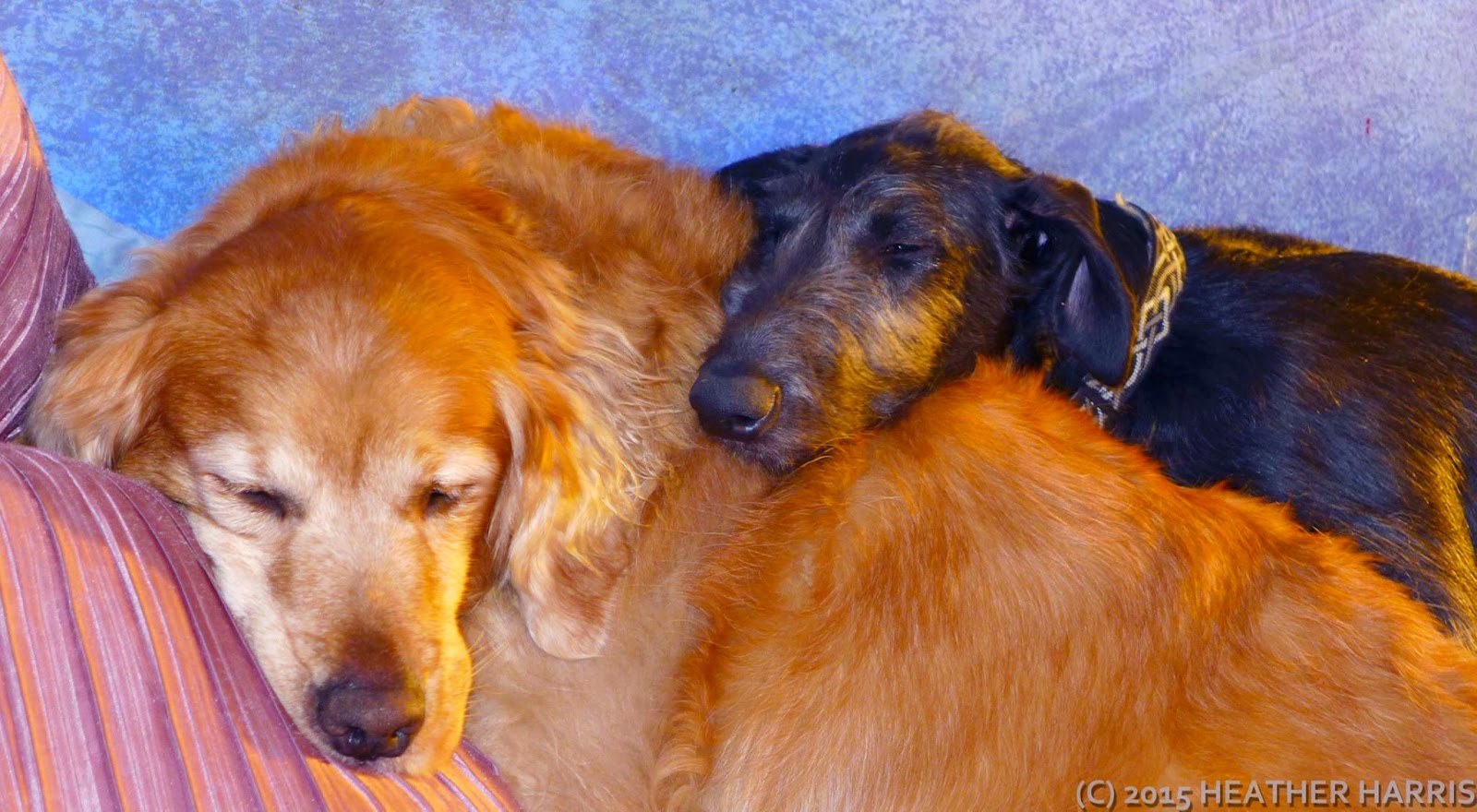 All dogs newly banned from the horse boarding ranch, so they stay home and console one another after playing in the rare morning fog. Our abode in same at bottom... 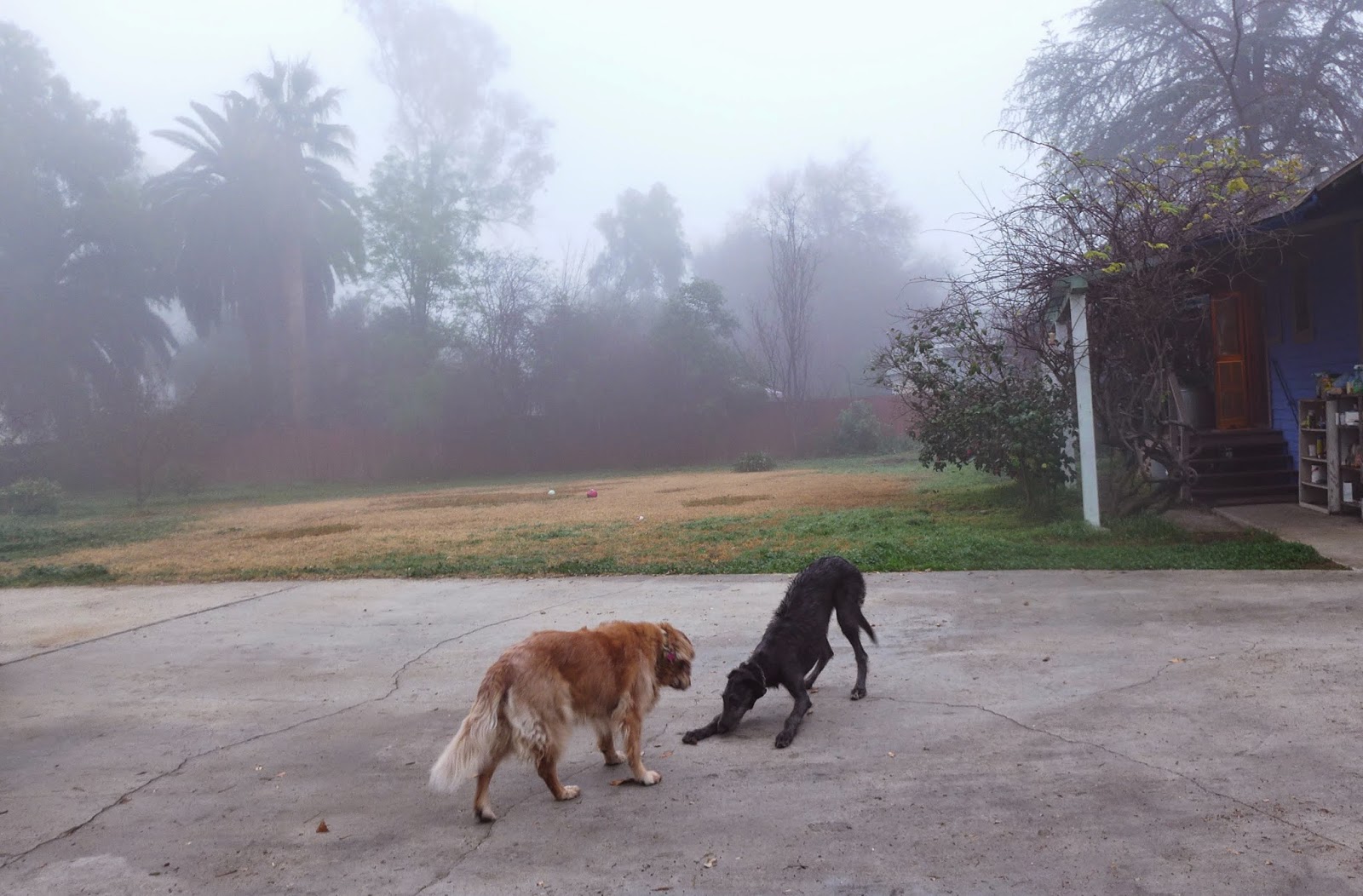 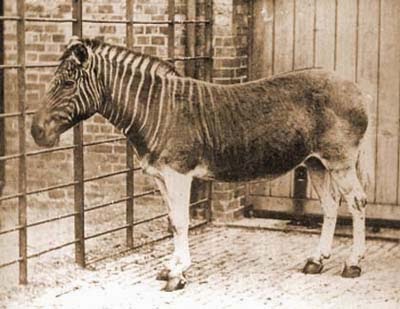 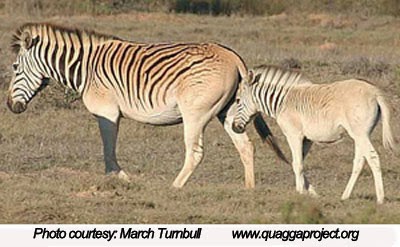 First pic: this Quagga mare died in 1878 in a zoo, the only living quagga ever photographed. The very last of her kind ever died in an Amsterdam zoo in 1883. When DNA studies of unfortunate taxidermed specimens were studied, tests pointed to the extinct Quagga having been a subspecies of Plains Zebras, still thankfully around. The Quagga Project, spearheaded by South African zoologist Reinhold Rau then began selective breeding to bring out the recessive traits of Plains Zebras commensurate with Quagga coloring, and are on their 5th generation (second pic.) These animals live in an assortment of game parks, no culling.

I hope they succeed and show the world the magnificence of quagga-like zebras, and how we should do anything to avoid future extinctions which deplete our earth's treasures.
Posted by Fast Film at 7:55 PM No comments:

FONE FOTOS of MY HORSE INDY VS. EADWEARD MUYBRIDGE 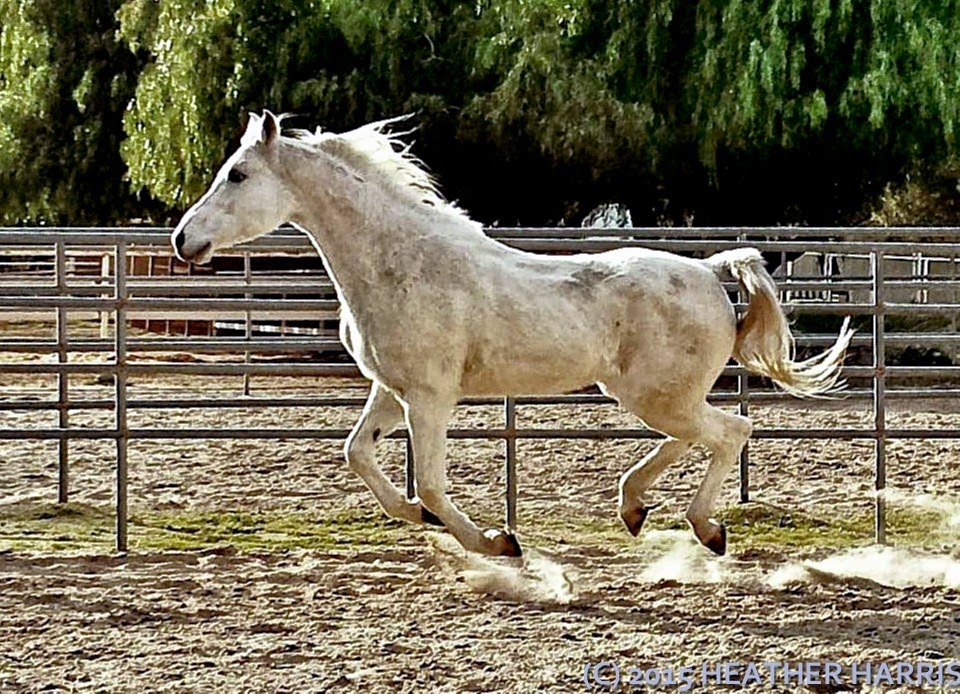 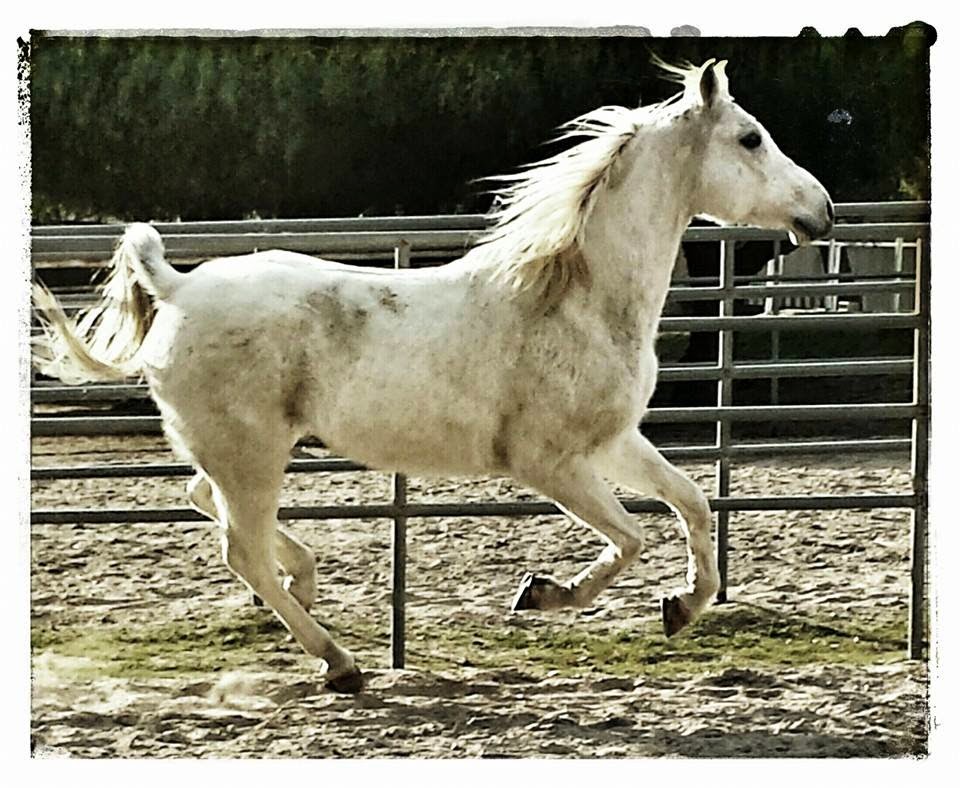 Tech notes: Rectifying the absence of pics of my horse Indy on my phone, I went to photograph him walking in the turn-out paddock. When he suddenly began cantering, I rested the phone on a pipe corral railing to minimize camera-shake and twisted it to pan his action, which didn't last more than about 20 seconds. My theory is get the action shot, don't stop to futz with equipment-- there's always post-production for any inadequacies.

Musing: two years ago Indy was recovering from multiple genetic malaises that essentially lamed him. With corrective shoeing, electrowave therapy, medication and a patient year of regaining ground in the tiniest of increments, he is a happy, healthy riding horse again, just not up the steepest hills anymore. For those readers who aren't horsepeople, not every injured horse comes back to recovery...

Video LINK
from these still photos:

Indy's various canter strides are reminiscent of a fascinating chapter in proto-motion pictures. Eadweard Muybridge, an adventurous type who survived a serious stagecoach crash and murder charges, photographed still shots in of a galloping horse in 1872. When seen in rapid sequence they present a movie of same. Leland Stanford funded the complex project of tripping shutter releases to stop the action to win a bet, that all four feet of a horse are off the ground at a gallop. This gait had always been stylized by artists as front feet sticking straight out with back legs sticking straight out, as in this Currier & Ives print print and all Western art prior. The proto-motion picture proved that this schematic was impossible for horses in real life, and more natural depictions followed thereafter... 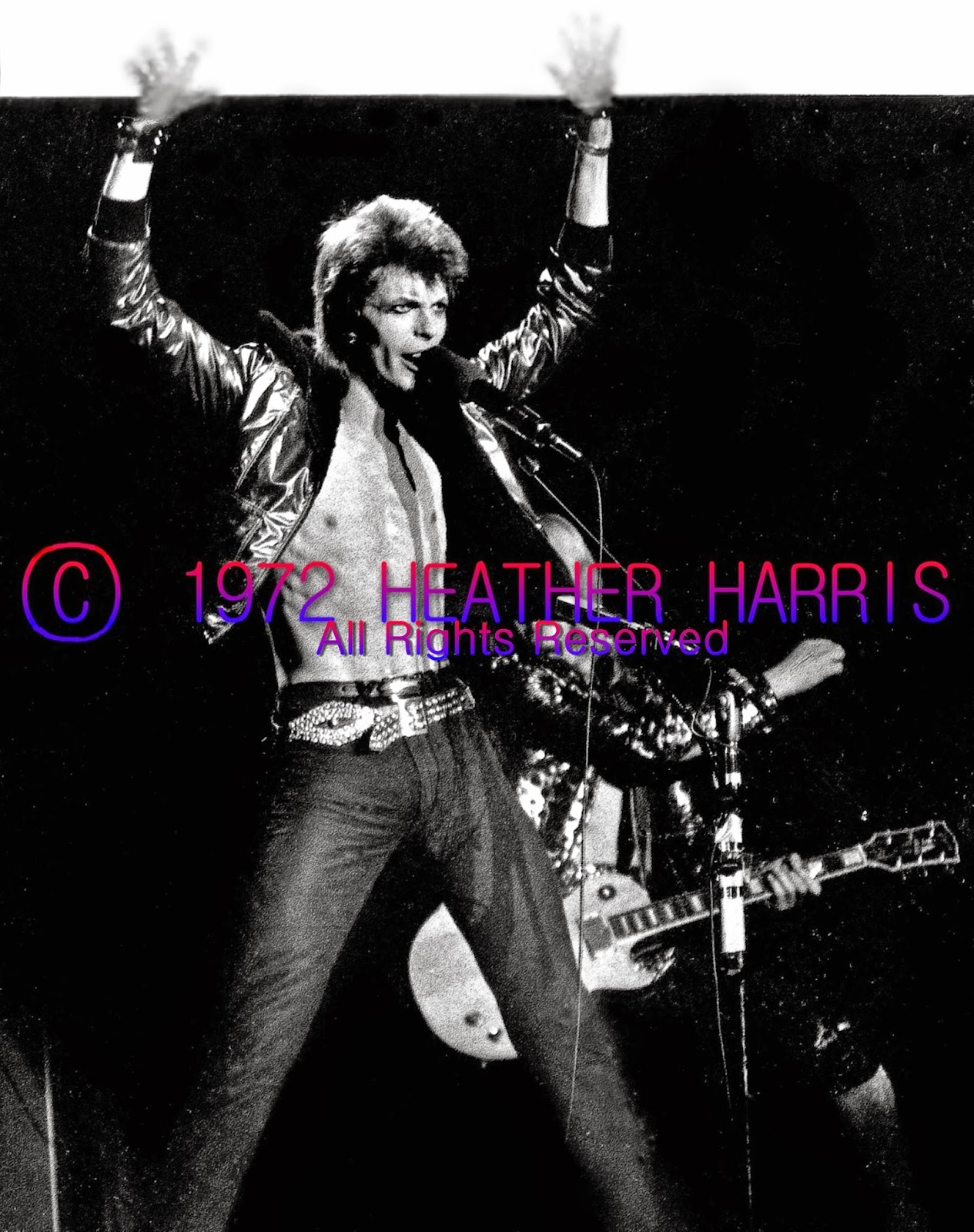 Happy Jan. 8th birthdays to David Bowie, seen on his first Ziggy Stardust and the Spiders from Mars tour, 1972 at the Santa Monica Civic Auditorium, and to Elvis Presley. For the latter I'm posting 2 pix (photographers unknown) of his Tickle Me co-lead Jocelyn Lane, his only co-star who truly inhabited the hip 1960s in his films with her long straight hair done up in Jane Asher or Pattie Boyd ponytails, and Mod makeup (dark eyes, light lips.)
No behind the times square she! (and some of his filmic love interests proved conservative indeed: one became a nun, Mother Dolores Hart.) 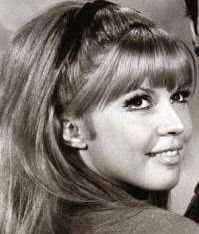 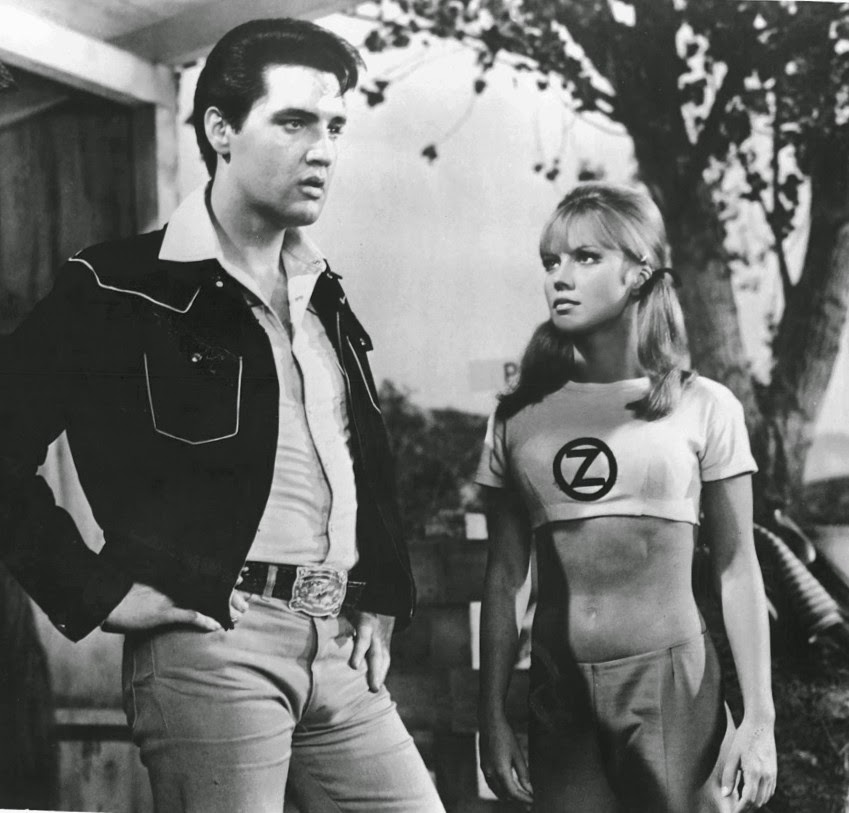 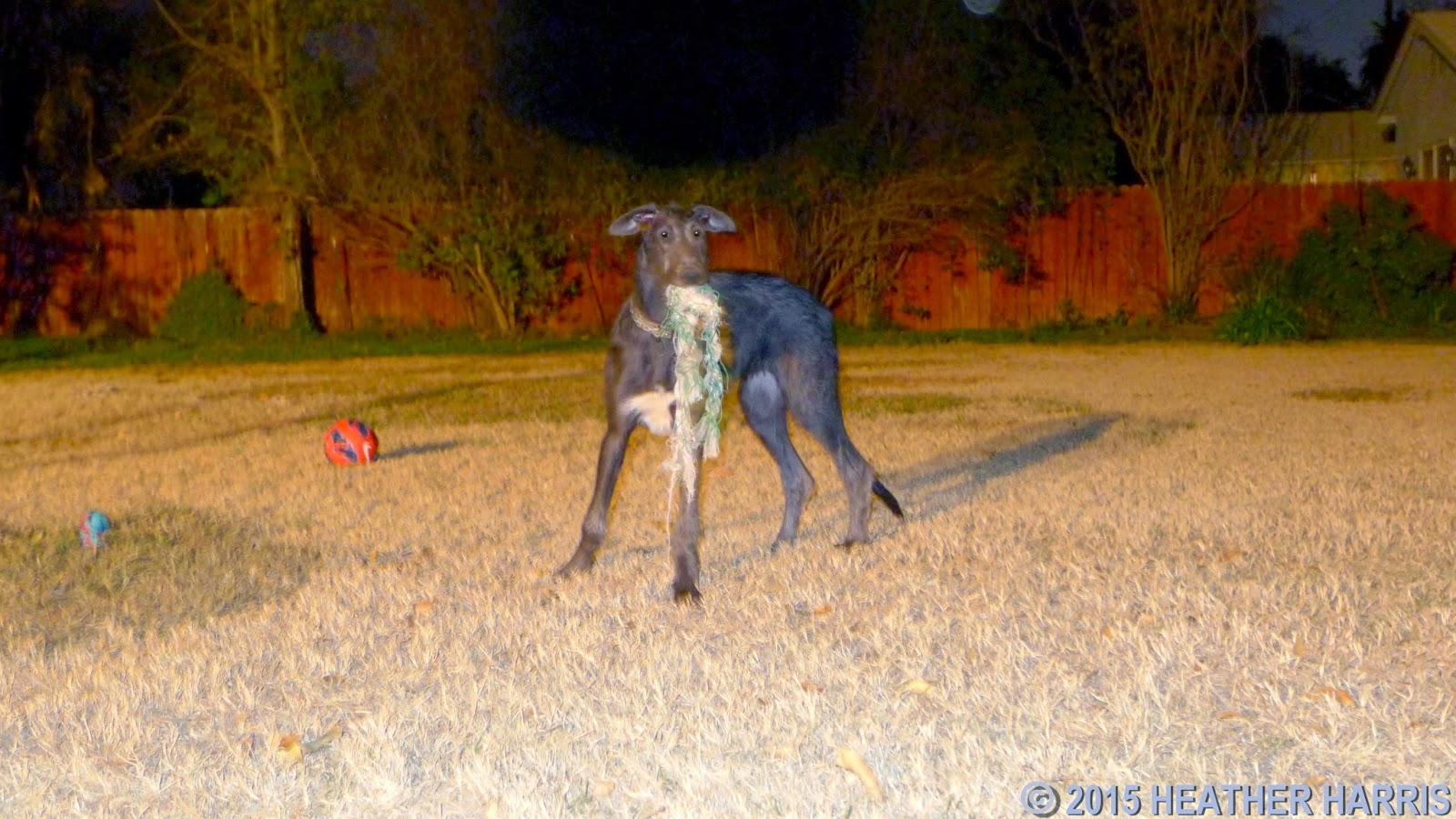 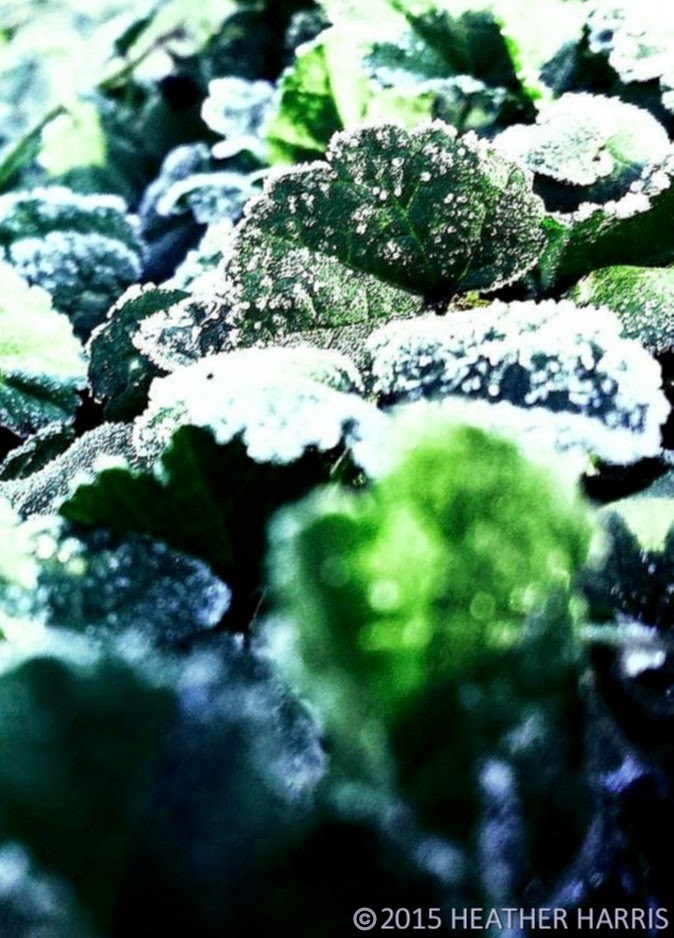 First photograph of 2015, early morning
frost on our backyard weeds, uncharact-
eristically taken with my telephone as I
was impatient to go watch the Miramar
Miramar Scripps Saddlebreds and other
horses in the televised Rose Parade.
(Screen capture below of 2015's caprisoned
Saddlebreds, photographer unknown.)