TALES TOLD OUT OF SCHOOL: I WAS A TEENAGE BOOKING AGENT, SNARING LEGENDARY 1960s BAND KALEIDOSCOPE for my High School Prom! 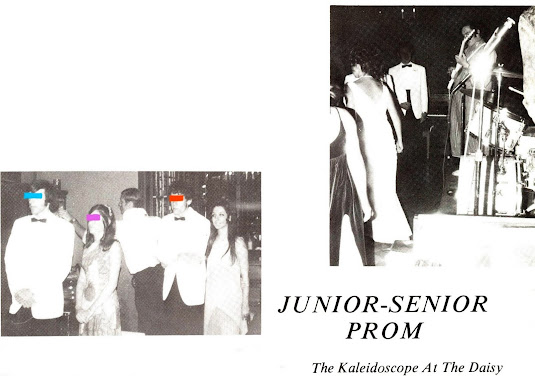 (now out of order, but what was second in a series of tales told out of school, both literally and figuratively, how my Swiss Cheese brain remembers such events which may or may not be accurate at all. Preface: I attended a girls' private prep school in the 1960s with a student body who often mimicked the creativity of that era with their own high spirits, a pendulum reaction to the heavy course load and voluminous homework from which many of us still haven't caught up on lost sleep some forty-plus years on and from which many of us still retain permanently stooped posture via carrying heavy textbooks. Well, it's not like there existed alternatives to those heavy textbooks. We didn't have personal home computers because no one on this particular planet in this galaxy had them yet. So let's roll back the roiling mists of time to The Pleistocene of my youth.)

I was a teenage booking agent! Or at least I flexed the right connections and pulled it off. My reluctant date for my high school (prep school) prom (see above yearbook photo of body language miserableness, the fellow second from right next to yours truly teenaged edition, faces disguised to protect the innocent. The curious may follow this LINK* ) was the nephew of Classic Hollywood actress Loretta Young, in a large Catholic family of good looking cousins, one of whom was David Lindley.

Lindley remains well known for his versatility on assorted instruments which has bolstered his career as solo artist and side person/session person for assorted A List musicians like Jackson Browne. In the 1960s, he graced the now legendary band Kaleidoscope, known for pleasantly foisting its extremely eclectic tastes in myriad styles at unsuspecting audiences, as well as earned reputation for fabulous musicianship in also pleasantly foisted exotica instruments like ouds for their mideastern selections, or fiddles and mandolins for country songs, then as rare as hen's teeth in '60s psychedelic rock bands.  They released four albums of eclectica for Epic Records, a reasonable legacy. 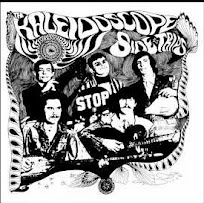 I was dancing and trying to recalibrate my miserable prom date so no photos by me. But the one above does document my classmates trying to boogaloo and frug to Kaleidoscope tunes like "O Death," (Ralph Stanley's bluegrass classic) or to the tabla rhythms of "Egyptian Gardens." Our equally unlikely locale for this great band? How this happened escapes my Swiss Cheese memory, but, dear readers, it was indeed The Daisy Club in Beverly Hills, only the the most exclusive private club for exclusive entertainment biz types in the exclusive 1960s. Courtesy of  Michael Snider, for directing one and all to showbiz archivist extraordinaire Allison Martino's "Vintage Los Angeles," well illustrated  Daisy history piece, see LINK** 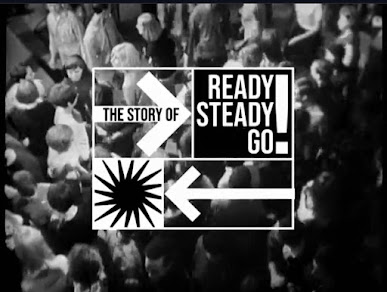 My friend Harvey Kubernik gave me The Story of Ready, Steady, Go!, a most enjoyable new 1-hour documentary dvd on the British pop/rock/soul show broadcast in England from 1963 to 1966.

Factoids: The closeups were necessitated by the first basement tv studio being so darn small (24 ft.?) The doc has amazing editing to show such a span of a show mainly destroyed by its own network. Out of an original total of 178 episodes, 170 episodes are missing and a further 3 are incomplete. One of its few saviors, its director Michael Lindsay-Hogg noted "Most of the shows were wiped because tape was so expensive, so stuff like the James Brown special and The Who special are gone forever. I took home £37 a week but, every so often, I'd buy a video tape and preserve it. It cost me £1 a minute, but the only reason any shows survive is because I did that."

Here's a link to Harvey's exploration of this fun, iconic show, as in “You could see the Stones, the Beatles, the Yardbirds, Lulu, Donovan, Them, Sandie Shaw, the Who or the Animals playing to an audience as cool as they were." Click:  LINK*

An acquaintance thought that Patrick McNee's Leslie Eton-Hogg character in "This is Spinal Tap," a music mogul, was based upon the director. Uh, in name only! Director Lindsay-Hogg may hail from Hollywood royalty, credits a-glitter with A-List stuff, but he is wholly comfortable in the more rough and tumble world of rock and roll past, and the rockers are comfortable with him. He directed the Rolling Stones Rock and Roll Circus amongst many others, check his imdb.com c.v. Patrick McNee symbolizes the more bon vivant music exec...