JAMES WILLIAMSON and the PINK HEARTS LIVE! Change of venue 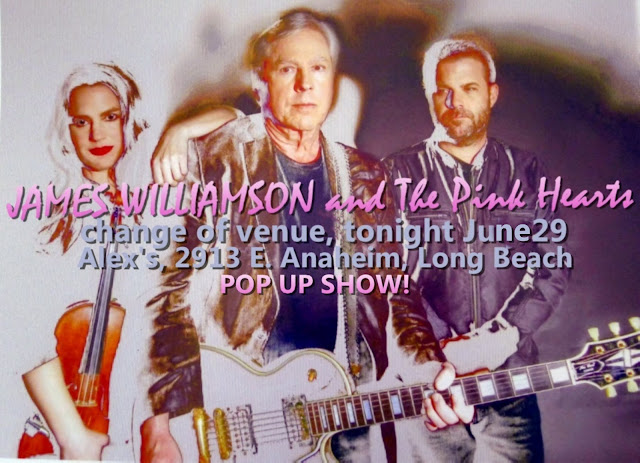 July 29, 2018, change of venue for live show by Rock and Roll Hall of Fame Stooges' guitarist JAMES WILLIAMSON and the band featured on his latest solo album of all new original material "Behind The Shade," featuring vocalists Frank Meyer of the Street Walkin' Cheetahs and Petra Haden of her all a capella "The Who Sell Out," plus many of his Re-Licked live gig musicians. New venue is Alex's Bar Long Beach, 2913 E. Anaheim Blvd.
Posted by Fast Film at 11:29 AM No comments: 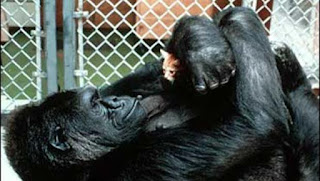 Rest in peace Koko, shown here with her pet kitten All Ball (photographer unknown, fair usage.) She was perhaps the most successful species ambassador ever due to her command of ASL English, and her easily understandable sense of humor. When young, she made a mistake in her housetraining, to which her handler signed "Bad gorilla!" to which Koko immediately replied, "No. Funny gorilla!" She later was seen to be signing to herself "hurry! hurry!" thereafter when running to her restroom...
Posted by Fast Film at 9:47 AM No comments:

I am forwarding the assessment of Little Caesar's intelligent soulster/hard rock singer Ron Young, as it seems to be the most accurate while still being heartfelt...

The man admits he was a cocaine and heroin addict for a long time and then we spend years watching him travel all over the world getting drunk as fuck. Don’t be shocked folks. We all enjoyed watching him slowly kill himself every week. It’s one of the reasons we loved him. He was punk rock. He wanted to punch Guy Fieri in the face. We tuned in hoping we would get to see it.

Don’t be so naive. We love watching a car crash in slow motion and having it poetically narrated by the driver.

RIP Mr Bourdain. I will deeply miss you buying tacos off a truck in a dangerous neighborhood. I saw it coming and wish people in places of power did too.

Below, (photographer unknown, fair usage) shot of Anthony Bourdain
and Iggy Pop at the latter's Florida residence; plus one of Bourdain's favorite objects ever,
the Raw Power by Iggy and The Stooges Deluxe re-issue, as was featured in an article
in the Wall Street Journal about Bourdain's favorite things ever in his life. 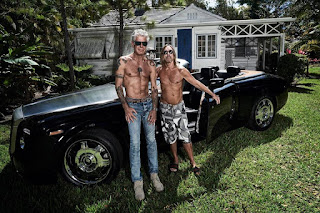 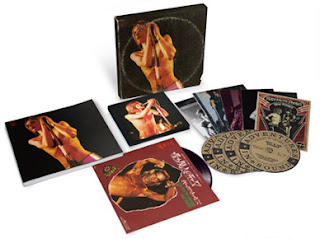