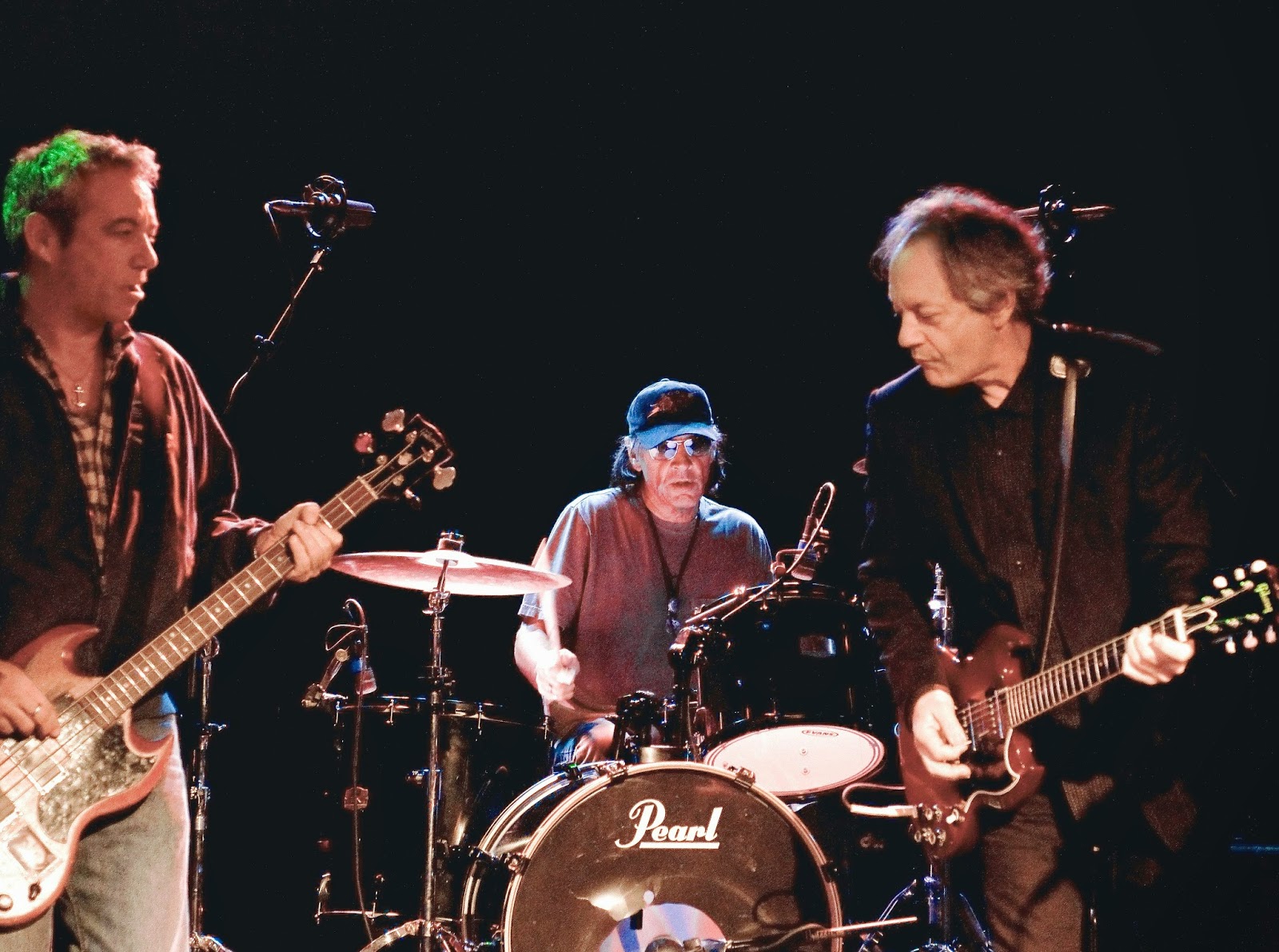 Leanna Asheton just did a nice thing for her late uncle, guitarist Ron Asheton who passed away unexpectedly a year ago Jan. 6th, as well as did a highly accomplished, professional thing. As promoter, she commemorated his Stooges' legacy in her tribute to Ron Asheton Jam at the Roxy, Hollywood, Calif., January 13, 2010.

Pictured at top: Mike Watt, Scott "Rock Action" Asheton and Scott Thurston, Stooges all, left to right. Current Stooges reunion's Watt had not publicly performed before with Raw Power vintage Stooge Thurston, initially the keyboard player (I took live Stooges photos from that era!) here pinch-hitting on guitar for Raw Power's James Williamson who had to return to Anaheim that night for his pre-booked (way before the Ron Jam was announced) participation in the NAMM show, a giant electronics/technology/music/musical instruments annual event. In fact, I took the photos of James for Blackstar Amplifiers as showcased therein and for its current print ads (see photo blog HERE.) 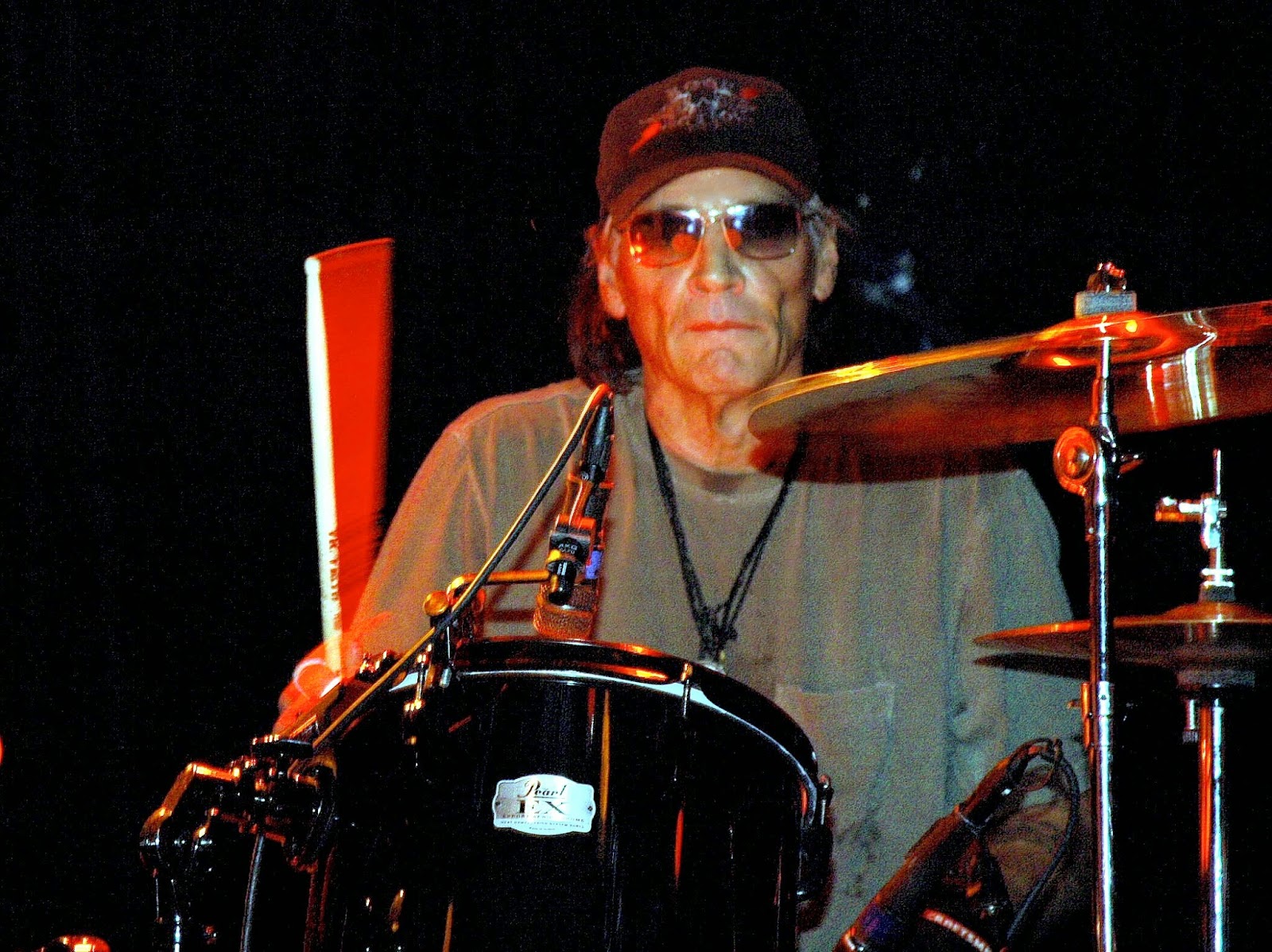 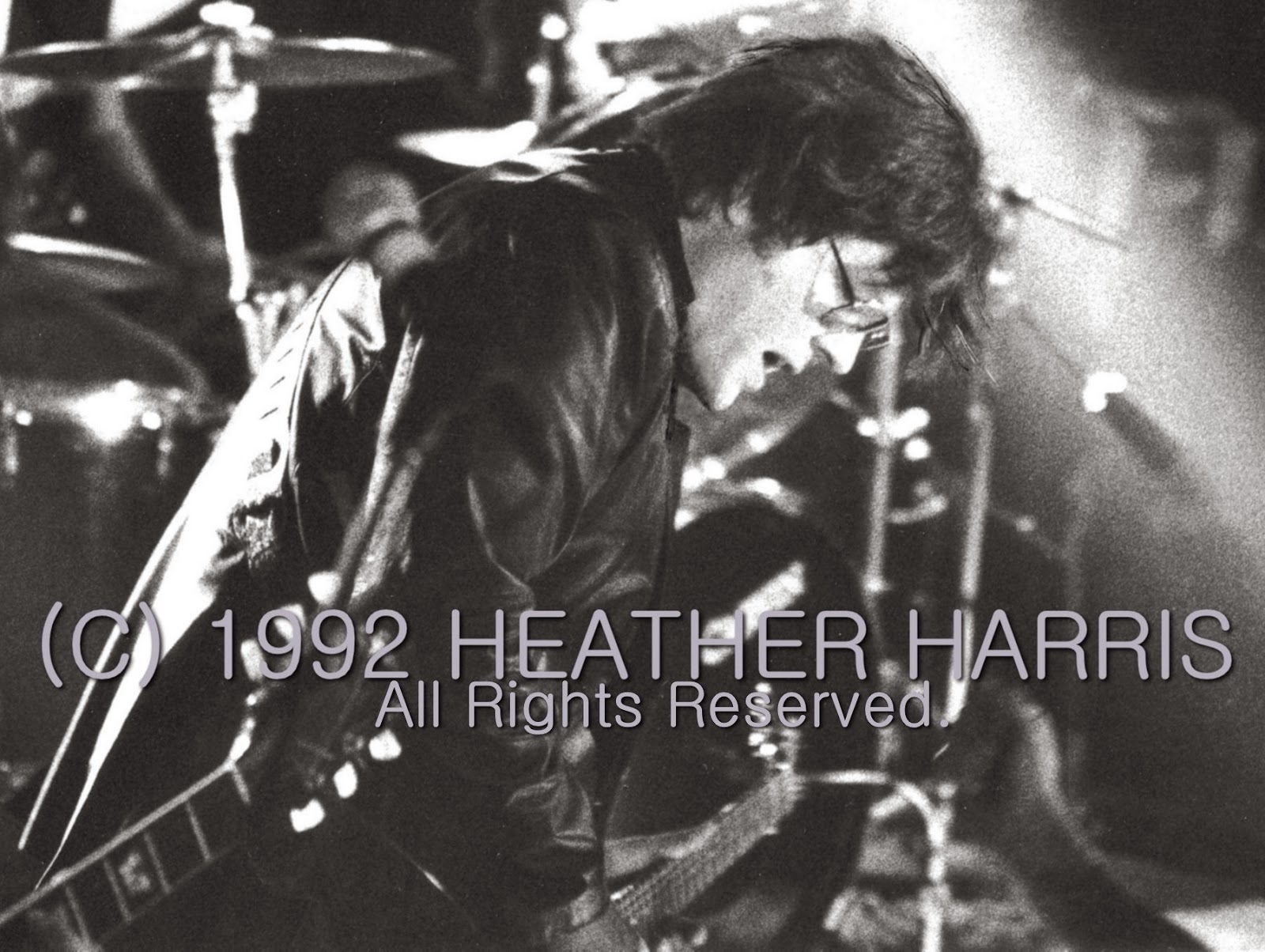 Above, Leanna's dad, Scott "Rock Action" Asheton, the drummer who has influenced everyone, and her late uncle Ron Asheton circa 1992. (next, time warp to a two years later portrait of Leanna.) 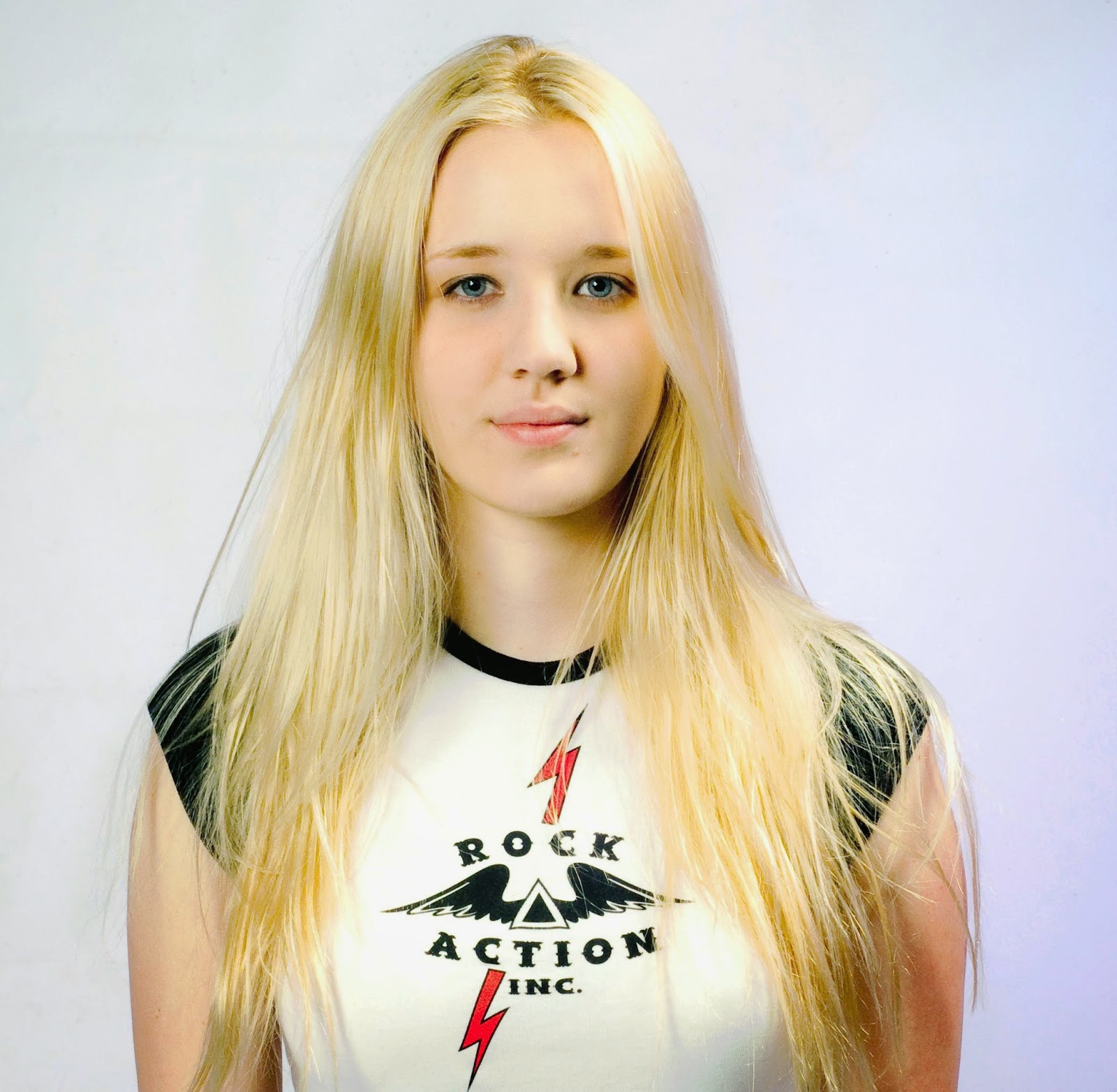 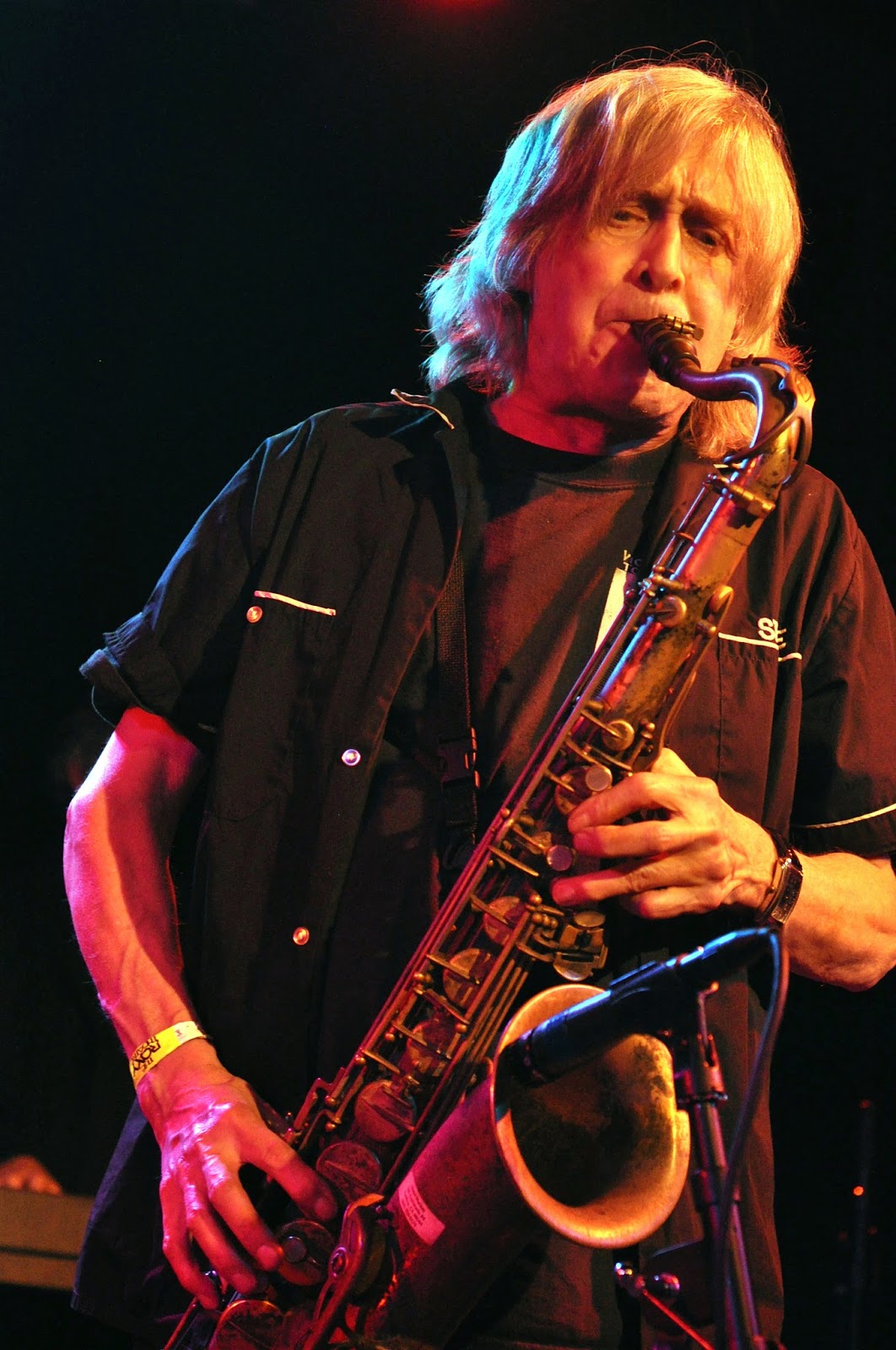 Yet another original Stooge, saxophonist Steve Mackay
of "Funhouse" notoriety (and an essential component
of the current reunion tour spotlighted on Youtube in
their Brazil Nov. 2009 gig that featured the return of James Williamson to the Stooges after his 38-year-absence, slashing out his breakneck-speed "Search
And Destroy" simultaneous leads and chords as if
he never had left. Mackay's riffing works as a
second guitar fill, while his soloing provides
an interlude to clear the stage of audience
member-dancers invited onstage by singer
Iggy Pop to rowdily commune,
Stooges-style.)

Astonishing bassist/singer Mike Watt in action and with Scott Thurston, Stooge to Stooge. 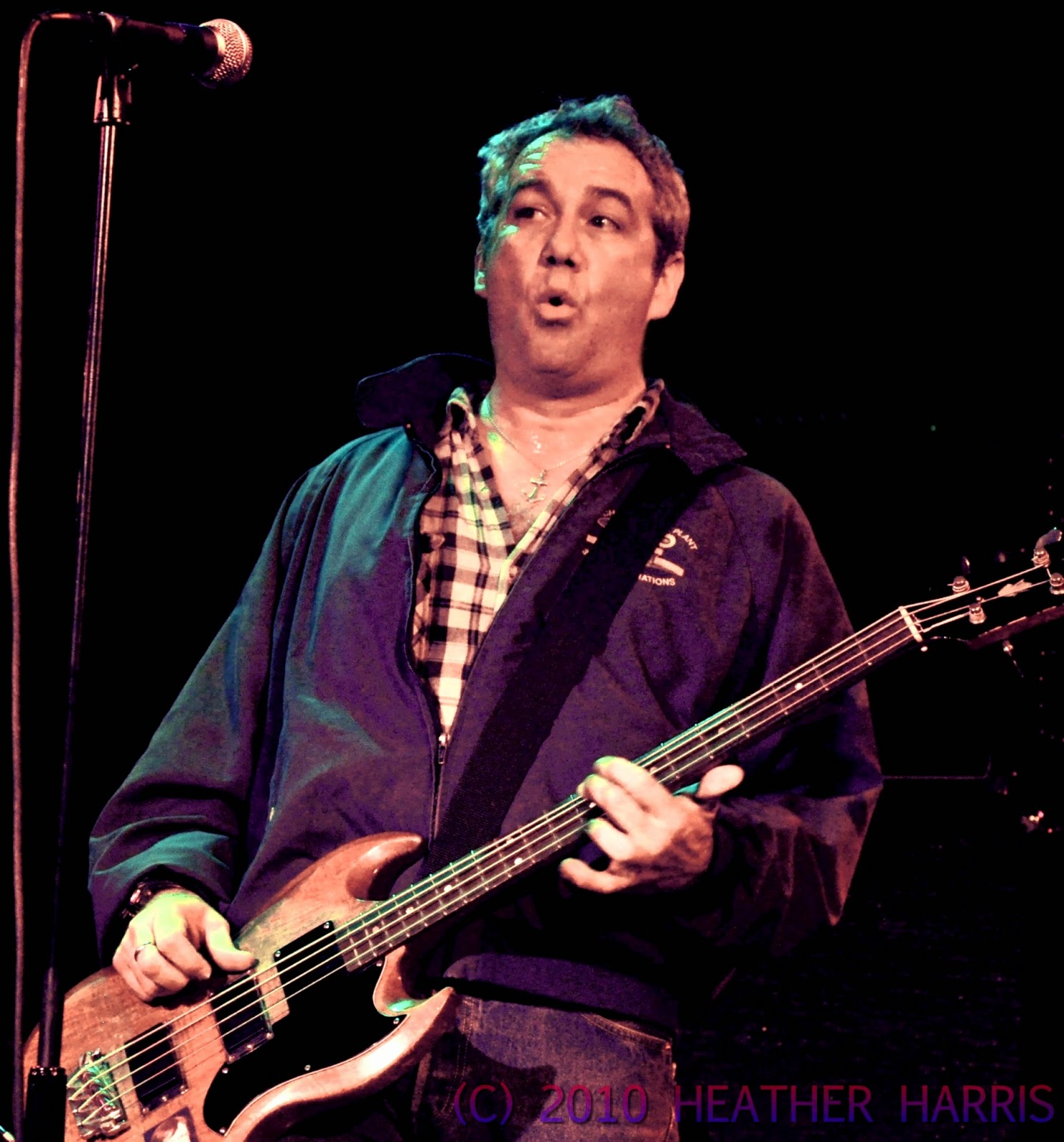 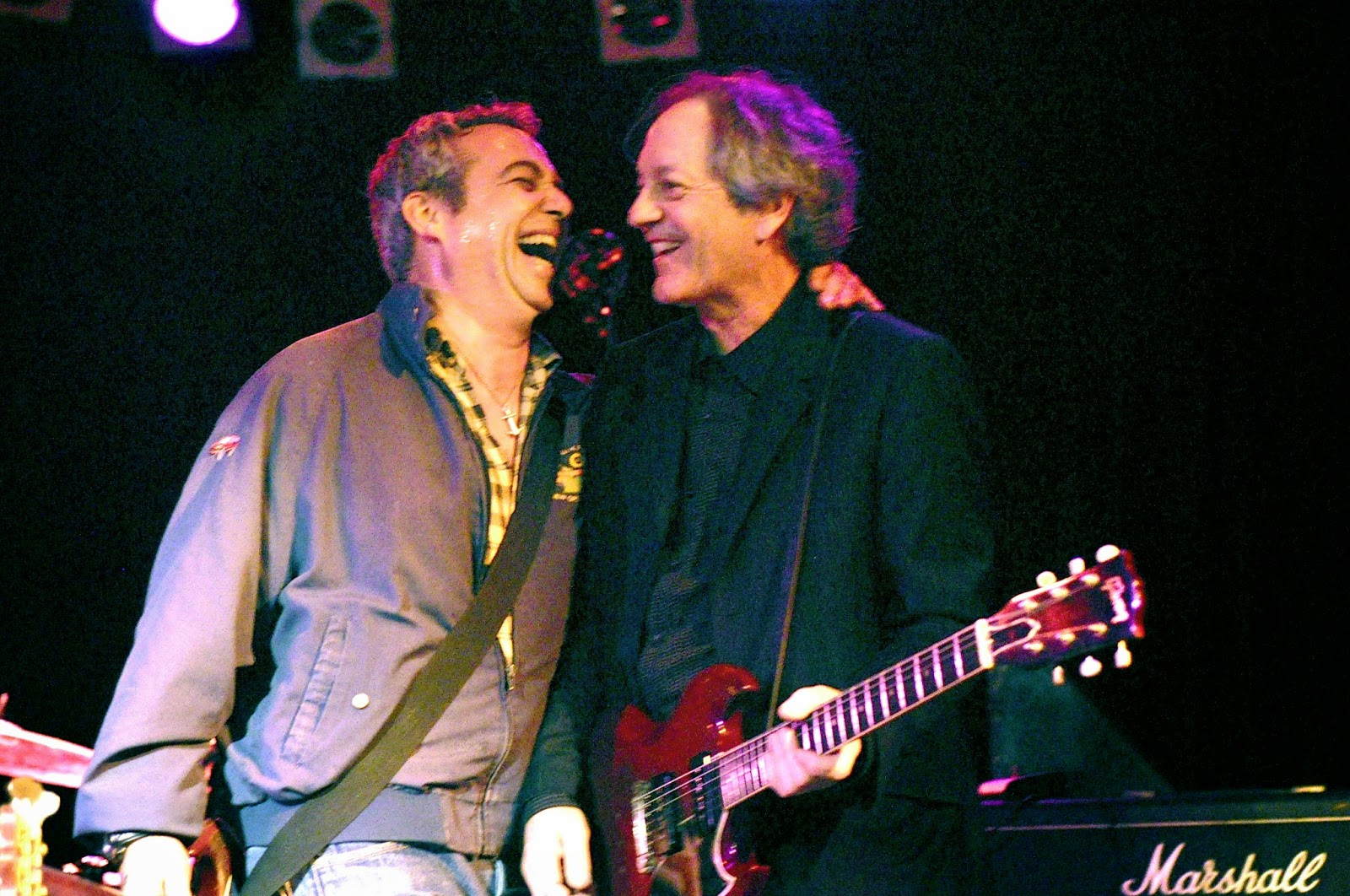 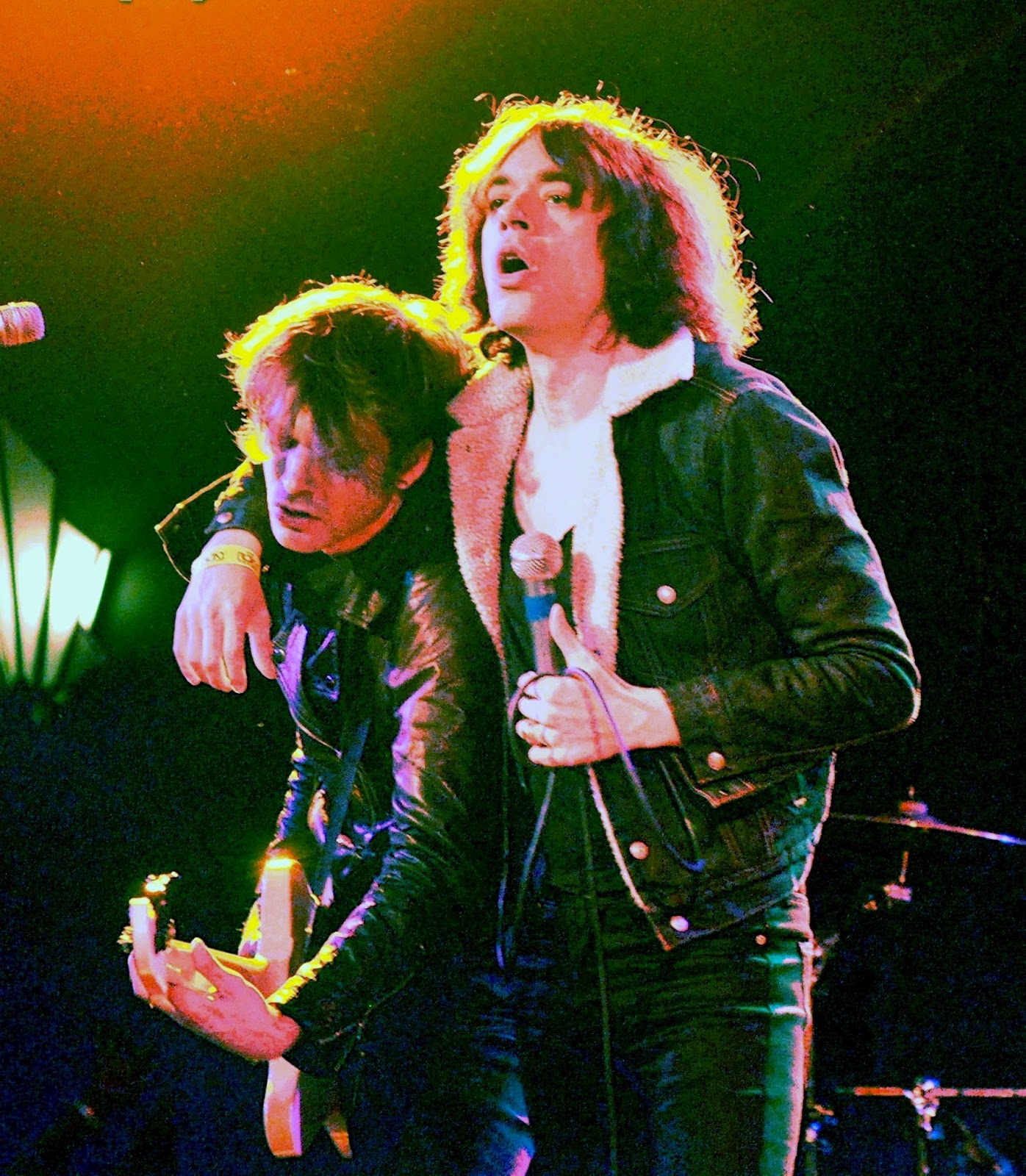 Singer Lillian Berlin, right, of The Living Things, the band of brothers, is the husband of Floria Sigismondi, director of the new biofilm on The Runaways with Dakota Fanning as Cherie Currie and that Twilight girl as Joan Jett, due for release early this year. Good pedigree! 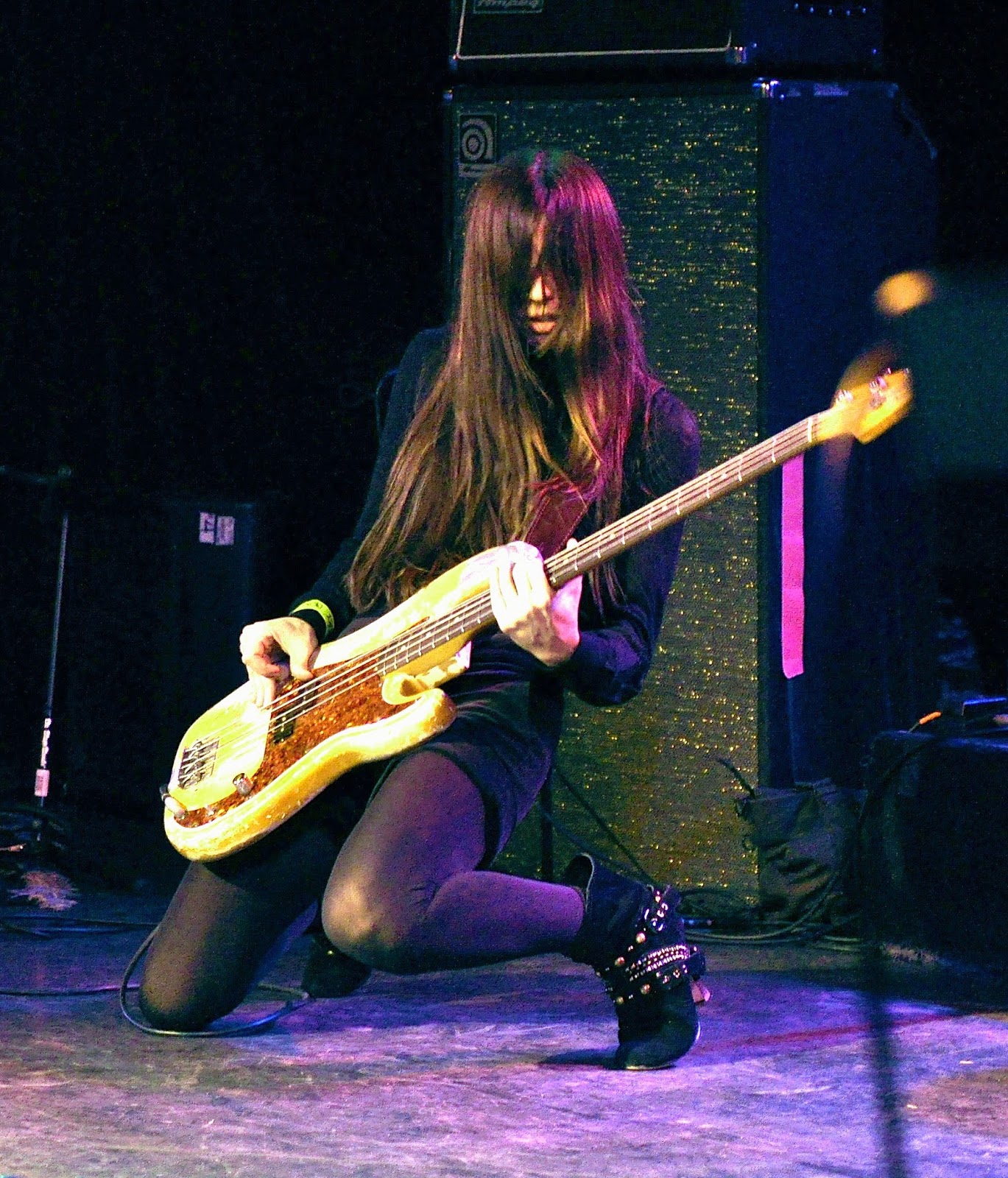 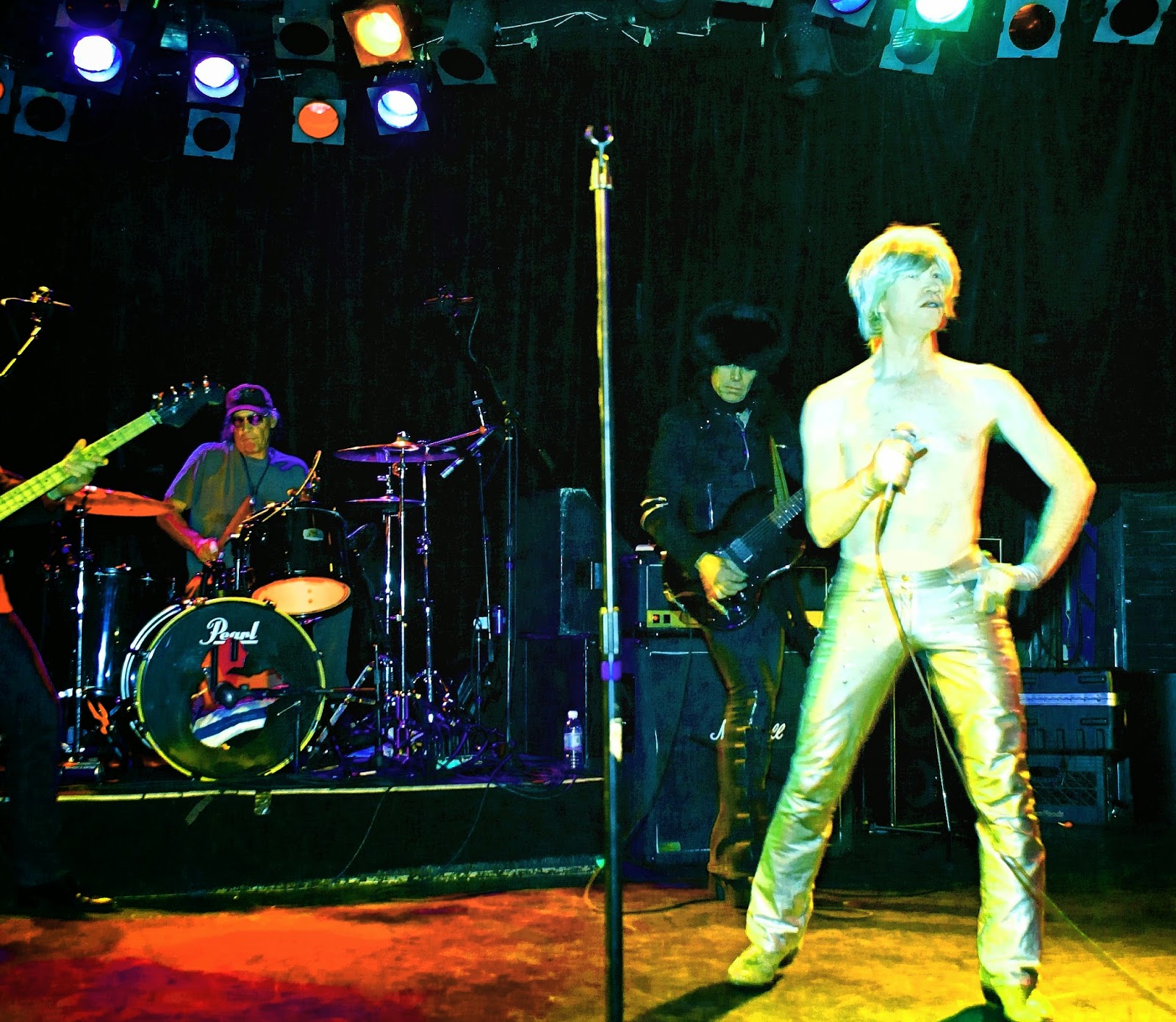 The Raw Power Rangers (Stooges' tribute band) singer David Arnson gets backed by a real Stooge and a Germ. 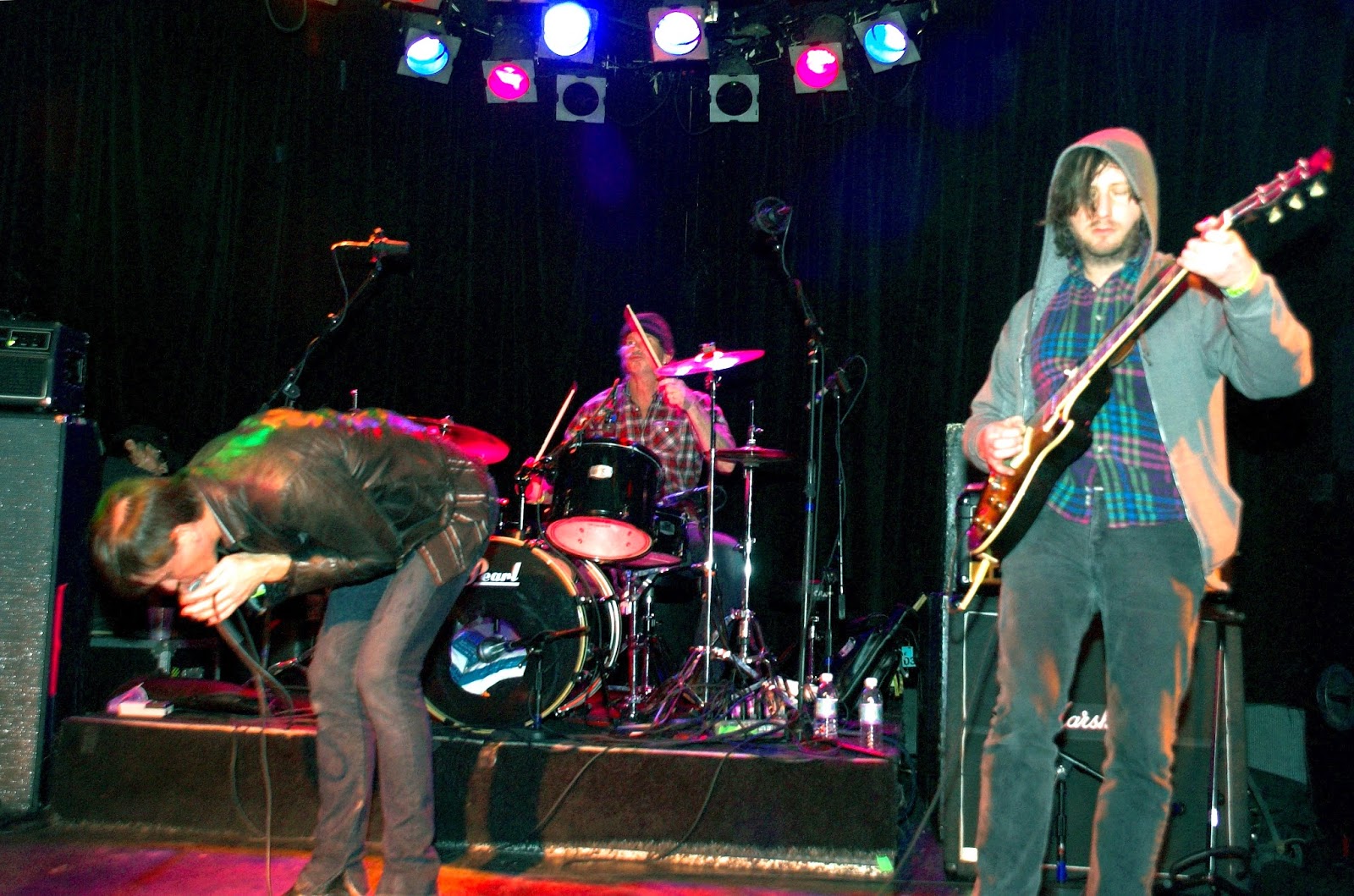 Awesome Color guitarist Derek Stanton, right, nobly emotes while Circus Boy singer Mike Jtone prepares to trash his jam band members Steve Mackay and Scott Thurston's instruments, careening around spilling beer and unbottled water on keyboards, sax mikes et al. I found this a puzzling response to the recent redemption of the longtime feloniously undervalued, underdog Stooges, heroes of myself and most in the know for the last 40 years. IMHO, it came off as a lame shtick. Steve Mackay's onstage reaction is posted last... 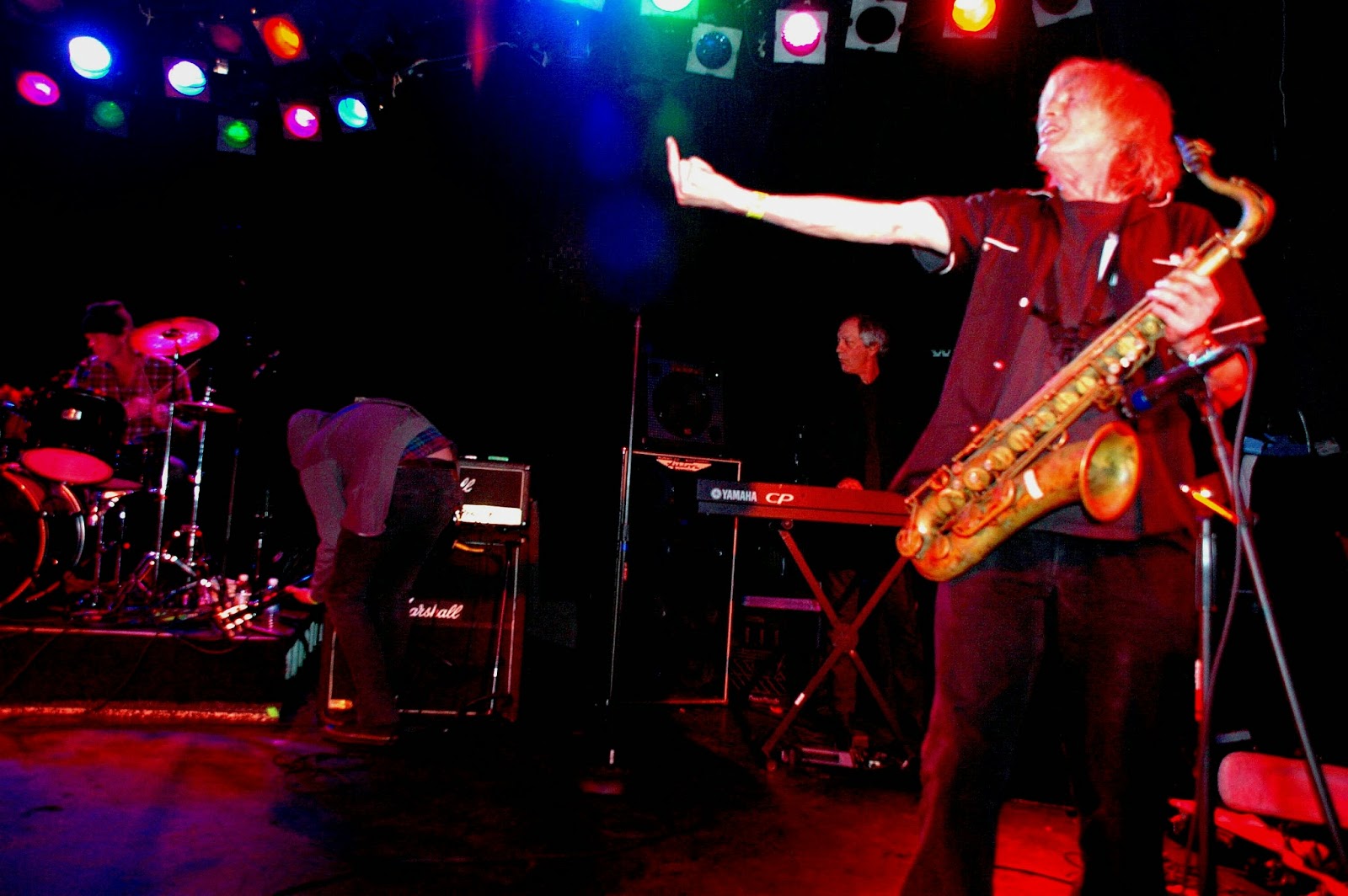 Hey these are great. You captured it all really well and brought it alive for someone like me thousands of miles away who would have so liked to have jumped on a magic carpet and got there somehow! Thank you.

*blush* thanks! And there's not even much of this concert up on Youtube or whatnot, my usual source for gig envy. Did you catch the Planeta Terra Stooges reunion there?

No pictures of Leanna?

Leanna was pretty damn busy all evening, I didn't stop her for a photo-op, just thanked her for the invite/photo pass and explained that I was wearing my profane t-shirt ("Detroit" spelled out in murder weapons and headless bodies) because her Uncle Ron and Dark Carnival had given it to me.