RADIO FREE HOLLYWOOD! THE POP, THE DOGS and THE MOTELS 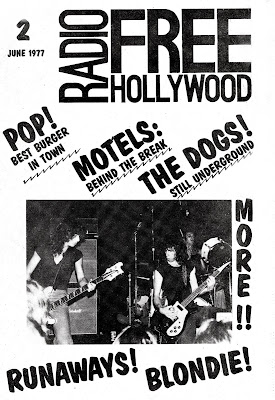 (above photo only, photographer unknown) 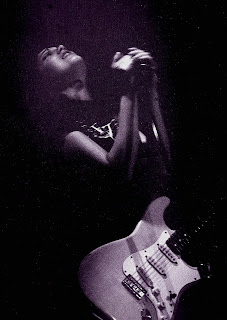 Martha Davis in The Motels 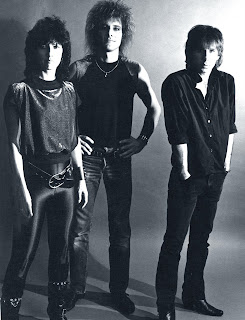 
David Swanson after The Pop but pre-fine art revival 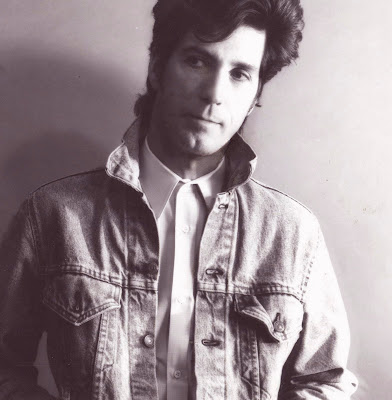 Incubated in the early 1970s when various band members met at a concert in Griffith Park, Los Angeles, a major metropolitan center that offered no clubs which booked unsigned bands, Radio Free Hollywood vowed to change that. The first DIY-ers in the proto-punk scene to four-wall (self-rent) entire clubs just to play for their many fans, Radio Free Hollywood is often overlooked in the history of alternative music collectives. Vintage 1976 flyer below: 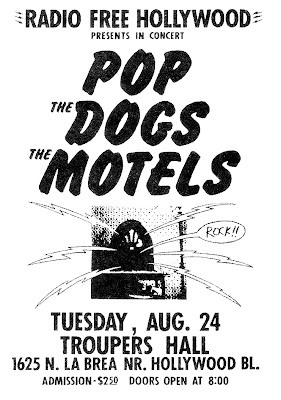 Comprised of The Motels, The Dogs and The Pop, they swapped rehearsal spaces and occasionally musicians while presaging the orthodox punk scene in L.A. normally associated with the Germs, The Screamers etc. The Motels proffered Martha Davis' emotive charisma and sultry vocals, The Dogs blasted their power-trio, Detroit-born hardest rock testimonials while The Pop grafted a catchy commercial sound with new wave and rock grit. My photos of these artists post-date their respective punk heydays as I was busy at the time not only with full-time Asst. Art Director, Publications employ at A&M Records but also writing the first book published on the subject of Punk in the U.S. (which went to press the week the Sex Pistols broke up,) not photographing it as much.
The Motels garnered actual chart hits, many of its members still play, and Martha herself should have become the Gold Standard for Adult Contemporary with her emotional balladry and inimitable voice, but sadly didn't. The Dogs continue their remarkable history (see LINK,) still rocking with occasional releases and many reunions including a 2007 tour of Japan. The only member of The Pop that I knew and kept up with, David Swanson, lead voice and lead looks therein, cashed out of the pre-recession Hollywood real estate scene in time to bankroll buying a ranch in Montana, where he found ample subject matter painting fine art Western realism, prints and information available here LINK. He's still an amazing talent in this newer field.

NOTE: link directly back to http://fastfilm1.blogspot.com if all elements such as photo layouts or videos aren't here.
Posted by Fast Film at 6:45 PM