HALLOWEEN 2015 WITH THE DOGS and The Pagans at The Bigfoot Lodge, Atwater Village 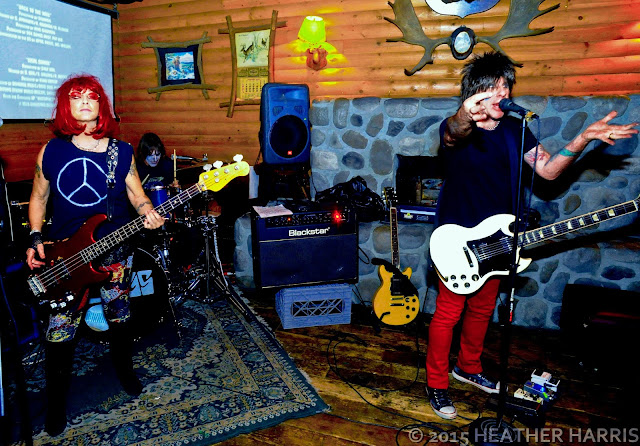 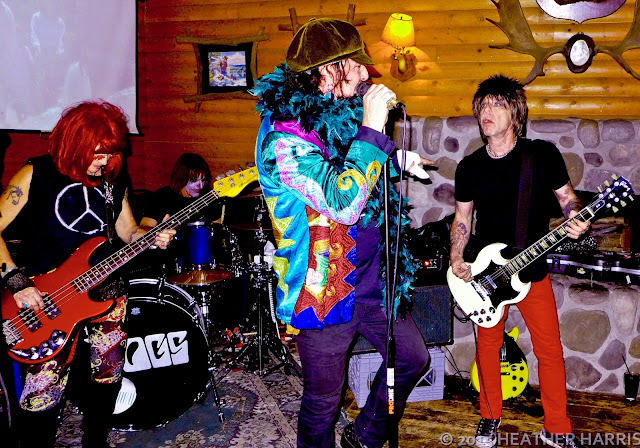 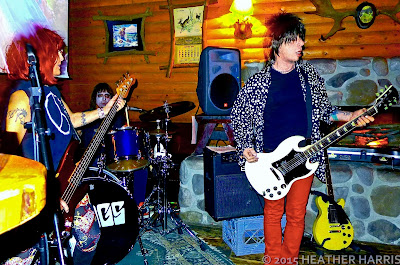 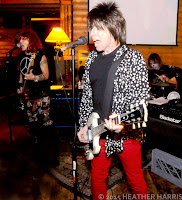 THE DOGS rocked the antlers off The Bigfoot Lodge, Atwater Village, L.A. Calif. in costume on Halloween night with their customary punk aplomb and spirited hardest rock delivery intact. As well they should, having played with the likes of the MC5 and Stooges in Michigan since the late 1960s. Loren Dog appeared as he would have in the 1980s, Mary Dog remembered those fabulous '60s sartorially, and Tony Dog kept that undead beat. Also joining to jam with The Dogs on an unexpected Bowie cover and arrayed in his own personal Technicolor Dreamcoat, Richard Duquay (Guns N' Roses, Personality Crisis.) 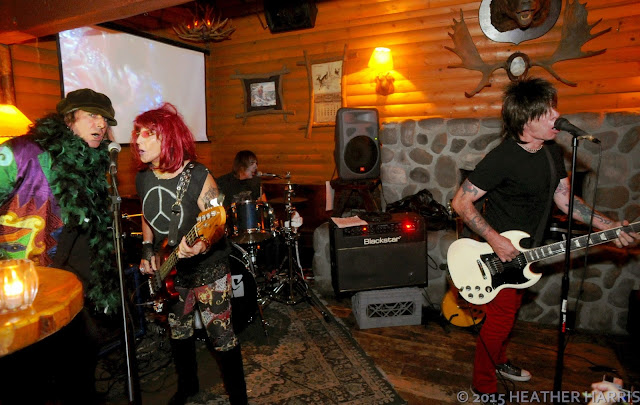 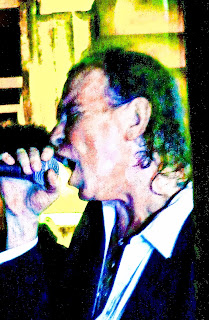 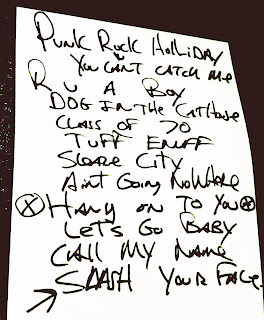 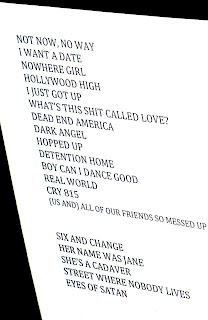 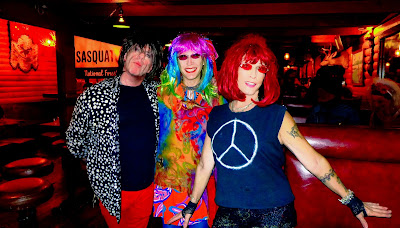 Above and below in various configurations: Loren Dog as himself in the 1980s, your truly, Mary Dog and Donna Balancia in our '60s fab gear, my attire saved from my own actual 1960s' wardrobe. 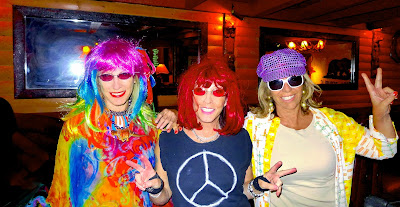 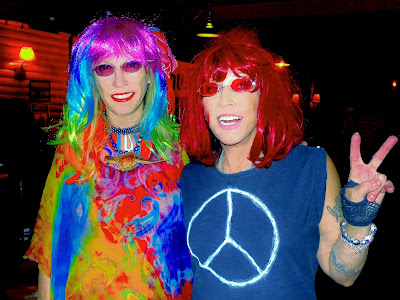 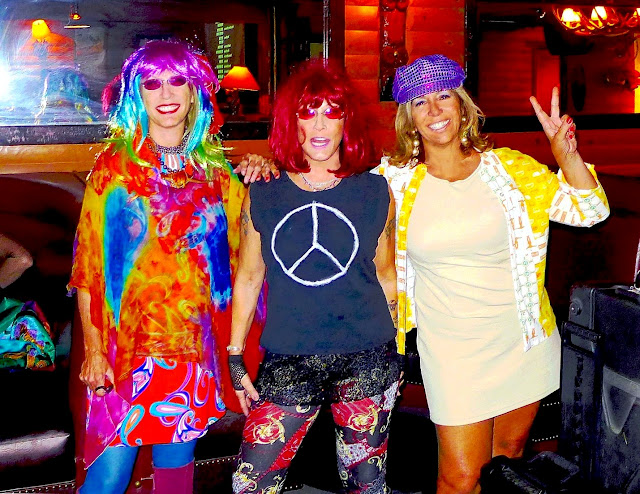 Below, Todd Somers and Krista Wood, longtime friends and fans of THE DOGS and newly so of The Pagans; Mary Dog and Kim Yee, learned music fan. 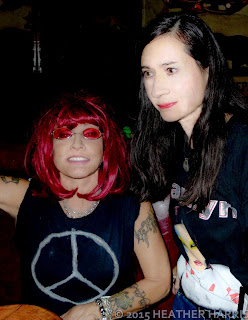 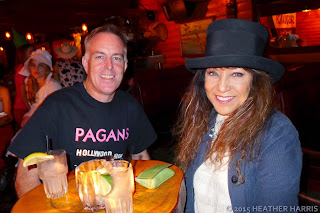 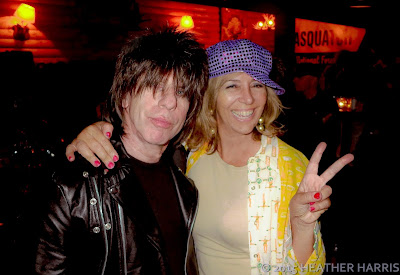 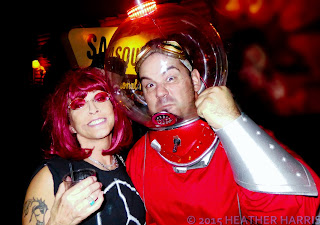