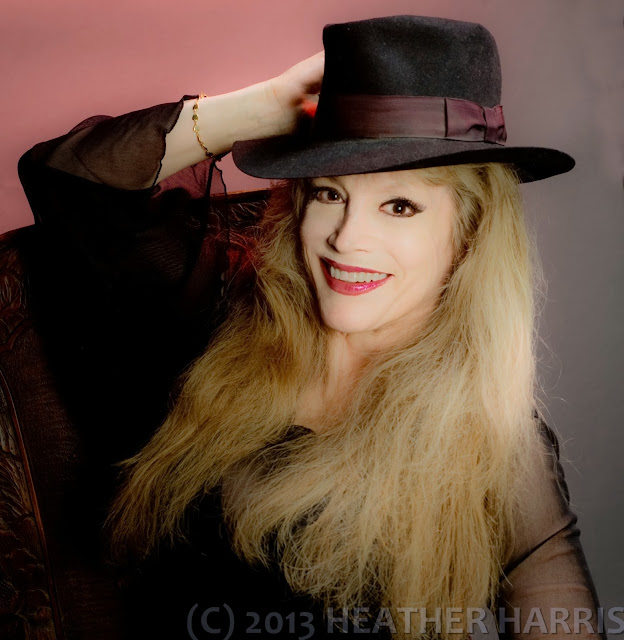 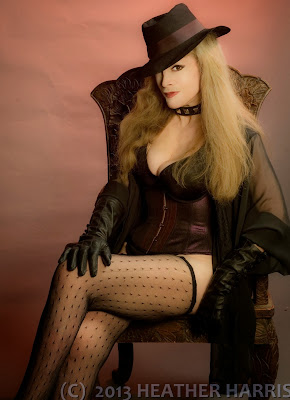 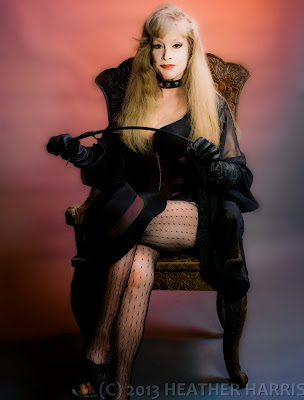 This month I photographed singer/actress LYNN CAREY, she of the big-voiced rock, blues, jazz, big band, full-throttled vocal stylings. Daughter of the late actor MacDonald Carey, Lynn initally appeared in good roles within 1960s films like Lord Love A Duck starring Roddy McDowell, then changed career into fulltime rock and roller. Her best known band was Mama Lion with its to this day notorious cover of Lynn suckling a real, live lion cub (photo fourth from the bottom.) Lynn also has reveled in a certain wild child persona, expressed in the second and third photos above.

Interim vocal work took her to Russia, studio work and assorted jazz ensembles. These days and nights still find Lynn singing her heart out live, recording, appearing in webcasts and acting, for which the two demure shots below were photographed. Beautiful Lynn still has great, extensions-free hair! 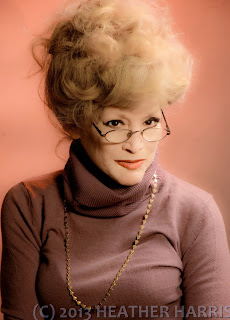 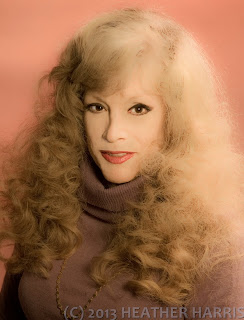 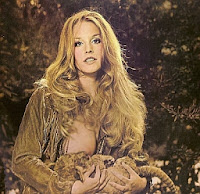 Left, the notorious 1972 "Preserve Wildlife"
LP cover, fair use photo by Ed Caraeff, from her band
Mama Lion. '72 was also the year of her Penthouse
Magazine cover as Pet of the Month: the lion cub
would have been so proud! 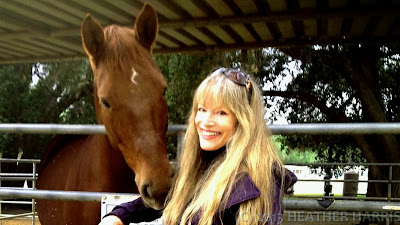 From Pantherinaephile to equine lover, Lynn later trekked to the ranch where I board my horse Indy and we rode about a bit. She met Lilly the Warmblood and Cody the Arabian in abject mutual admiration while tablet-documenting yours truly saddling Cody and feeding Indy his supplements and meds after the ride. 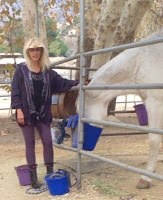 For those who wondered if the pipes persisted, here's a snippet from a performance earlier this year, video below and of course, hell yeah: