THE BLESSINGS and THE SLOTHS' DYNAMIC DOUBLE BILL live 7.19.17 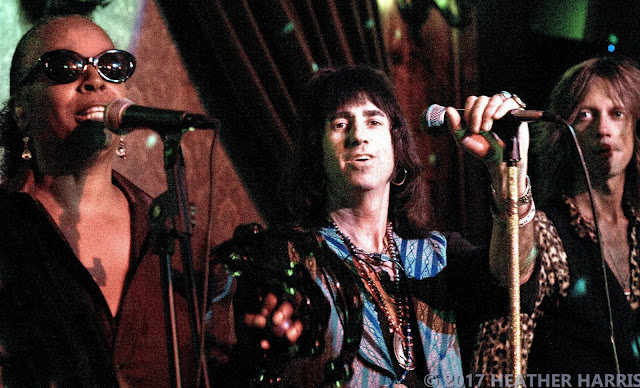 Above, THE BLESSINGS; below, THE SLOTHS 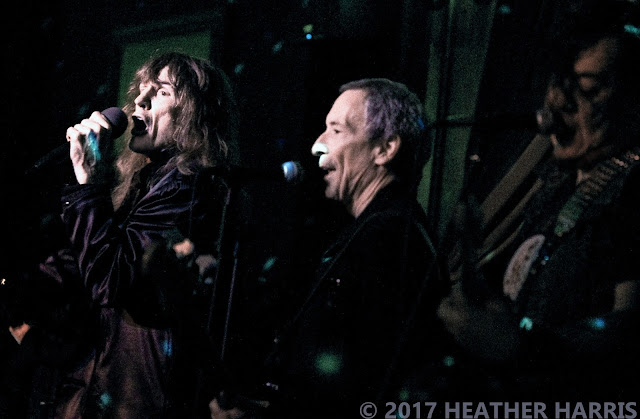 Monty Bar in a southwest corner of downtown Los Angeles, cool but slightly inaccessible via a public transportationless locale bereft of neither street nor public parking, proved the exact place one had to be to be earlier this summer. 7.19.17 sported a primo double bill of L.A.'s favorite blues/country/soul/rock THE BLESSINGS and half-century later surprise retro-resurgents THE SLOTHS. 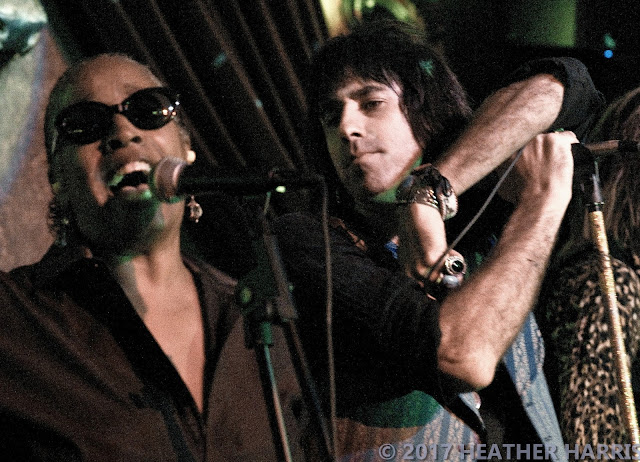 One hopes readers aren't desensitized to frequent praises heaped upon THE BLESSINGS, because they remain every bit as deserving of any and all accolades. Their Exile on Main Street classic orchestration of singer, strong backing singer, 2 guitars, harmonica, keyboards, bass, drums sounds even better in today's climate of anemic band/faux pitch-bent vocalist, all dance/percussion chart hit formulae. The Blessings also remain every bit as deserving of fame and fortune for the high quality of their songwriting. When was the last time you left a gig with all of one band's repertoire as firmly imprinted in your brain as if it already was your alltime favorite album? I can't wait until their latest tunes "Meaning Of Sorry" and "Uptown Too Long" make it to current releases to the public. 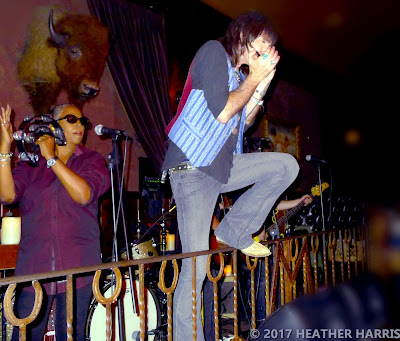 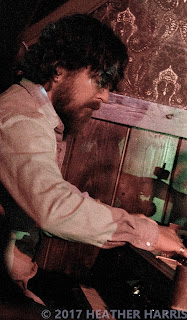 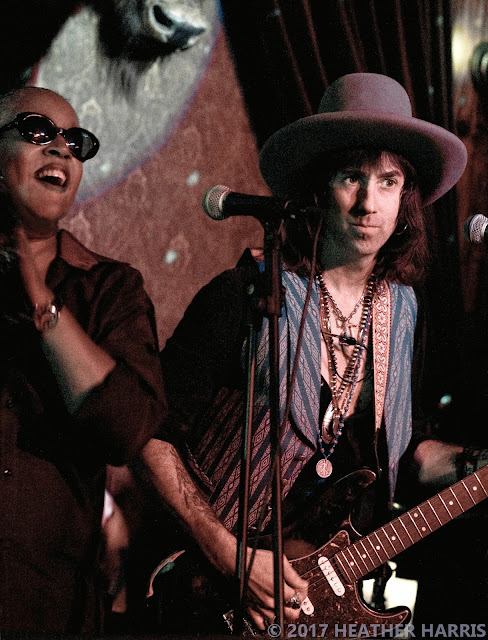 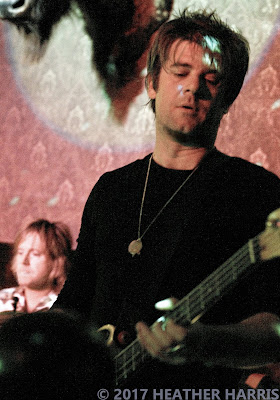 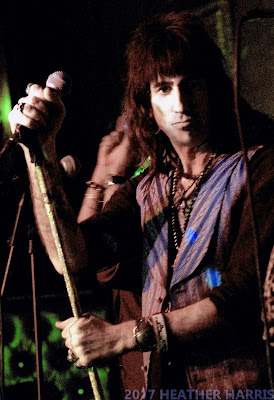 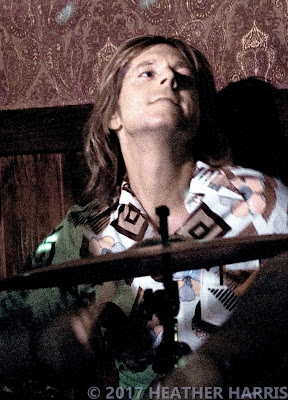 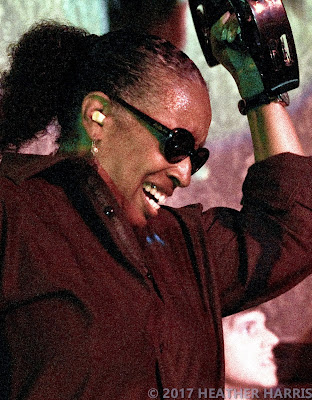 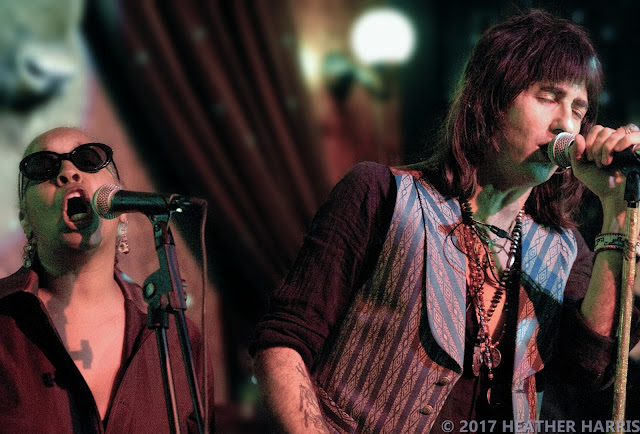 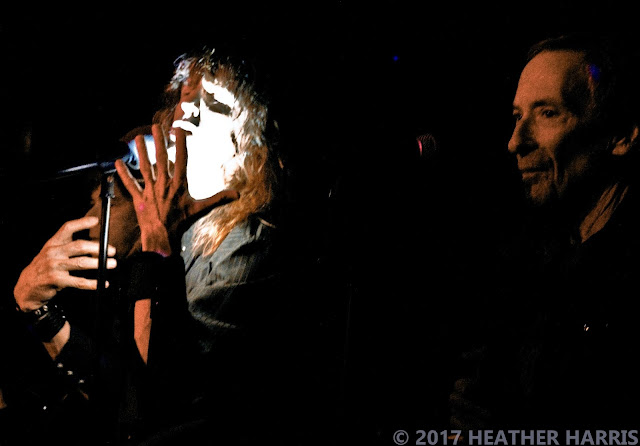 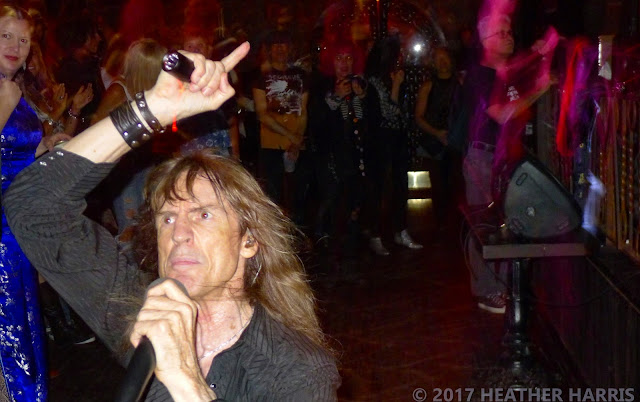 Between 1964 and '66, Beverly Hills/West L.A. born and bred The Sloths opened for The Doors, The Animals and Pink Floyd at vintage Riot on Sunset Strip venues like The Whisky A Gogo, The Trip, Pandora's Box, the Sea Witch, etc. Then...prolonged hibernation until a Back From the Grave garage band compilation resurrection, then 2011 clamorings for a reunion. Original member Jeff Briskin reunited the band via a private detective (!) minus its two deceased members and adding apropos new Sloths. After gigging 2011-13 he returned to his law practice but the band continued its momentum. No matter the hiatus: then as now they sound like The Chocolate Watch Band, Count Five and assorted better/lesser young bands I heard in the original era at assorted school exchange dances. 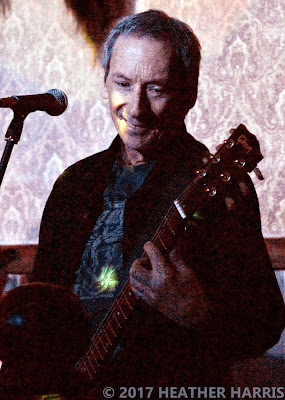 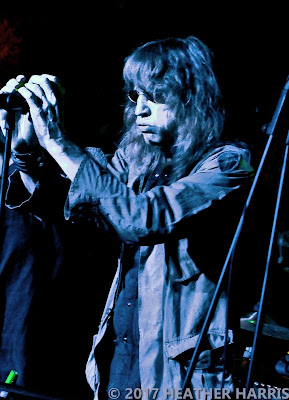 The following transgression is mentioned in the official bio, but Tom must have been the second boy kicked out of Beverly Hills High School for having long hair, since I actually know the first one (Michael Verdick, still in the music biz as a multiple Grammy-nominated sound engineer/producer.)  Besides Slothdom, Tom remains a much in-demand television director (USA Network documentaries like D.C. Sniper,) film director of fare like Jason Lives: Friday the 13th Part VI, also film professor/lecturer at Chapman University. Remaining 2017 Sloths are "Pooch" (Pat Di Puccio, beloved L.A. musician/scenester/writer at original punk's "Flipside,") Mark Weddington and Greg Rom. 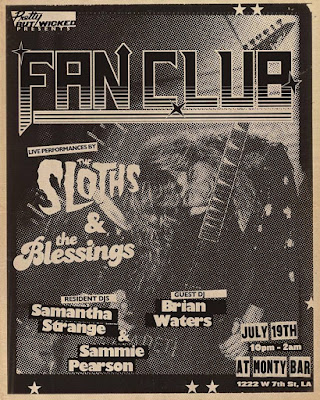