JOHN KAY AND STEPPENWOLF with THE HAILERS at The Saban Theatre, Beverly Hills 3.3.17 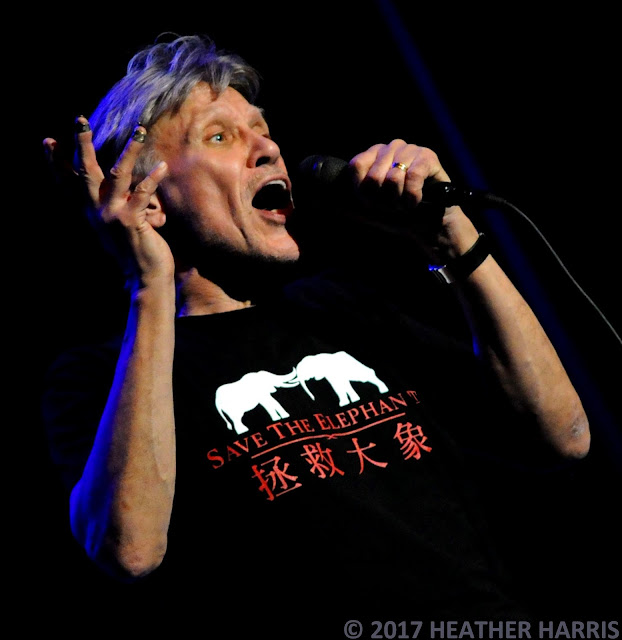 He was born Joachim Fritz Krauledat, April 12,1944 in Tilsit, East Prussia, Germany, now Sovetsk, Kaliningrad Oblast, Russia, so one can understand why he might have anglicized his name in the 1960s to JOHN KAY.


As lead singer of Steppenwolf in the '60s and beyond, Kay's gruff, emphatic vocals helped concoct and sell a slew of psychedelic hits for this Hollywood, Calif. by way of Canada band, most of them still heard today in all sorts of film soundtracks: "Magic Carpet Ride," "Sukie Sukie," "The Pusher" "Rock Me" and of course the anthem written by the late Steppenwolf drummer Jerry Edmonton's brother Mars Bonfire-- "Born To Be Wild," official hymn of bikers everywhere. 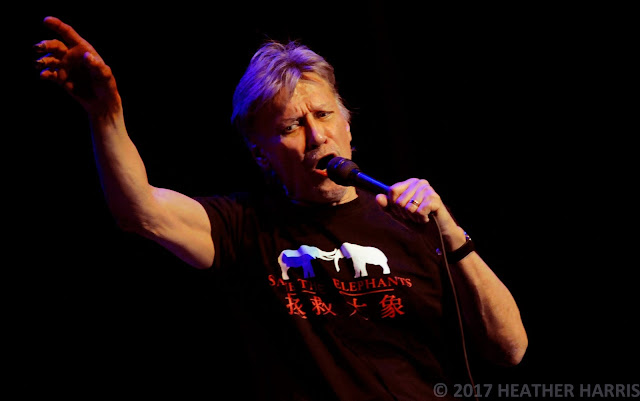 With a so stellar a setlist one can imagine what a well-received show this was for longstanding and new fans. In great shape and voice plus tough as ever, John Kay led his Steppenwolf in all the favorite songs and, unlike the old days and most of his contemporaries, WITHOUT SHADES !  Kudos to his "Save The Elephants" t-shirt too... 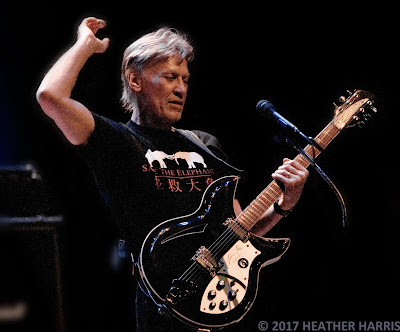 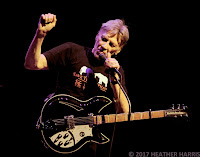 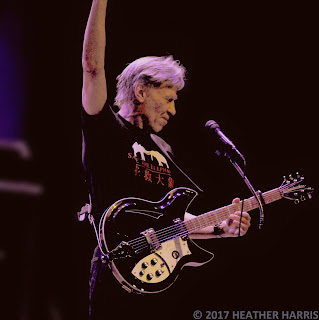 Overheard conversation of Steppenwolf fans,"I'm glad I got here early, the first band was really good!" Which would be THE HAILERS, ten fine musicians dedicated to writing and performing original material that fits right in with classic rock-- catchy, rocking and occasionally winsome material which they call Future Retro.

Below, Lord and Lady Hailer Robert Mills and April Carson; assortments of all these Hailers onstage at the Saban Theatre 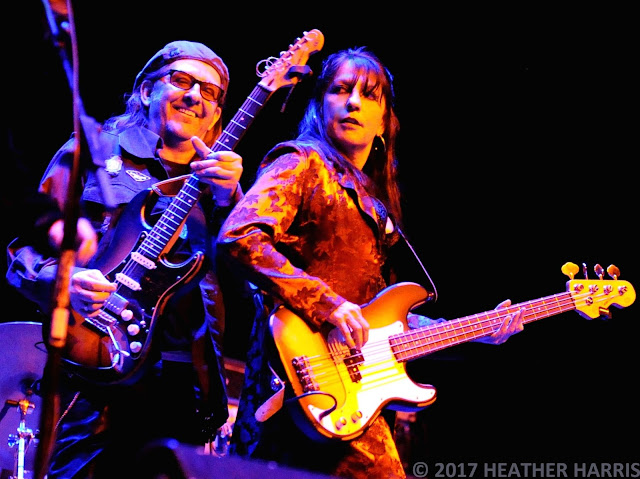 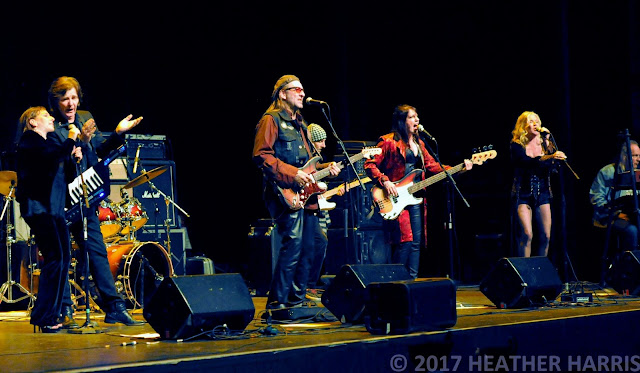 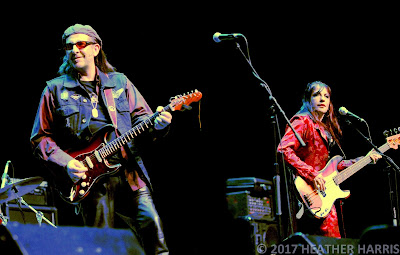 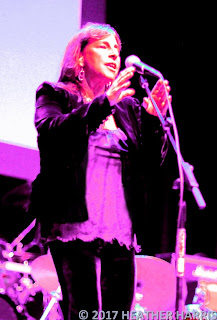 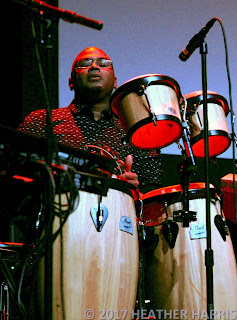 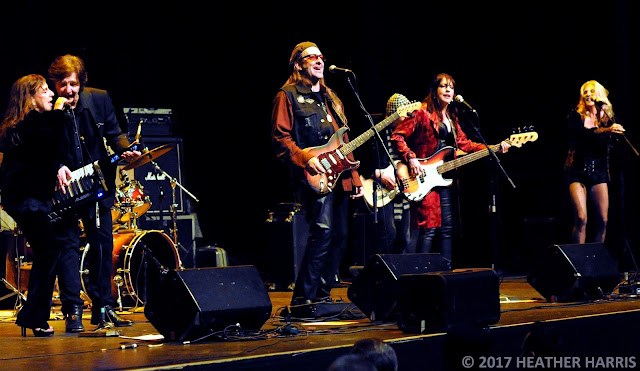 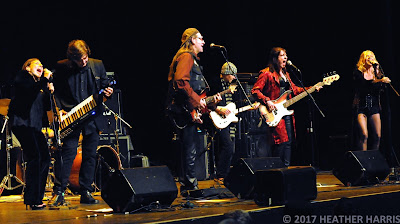 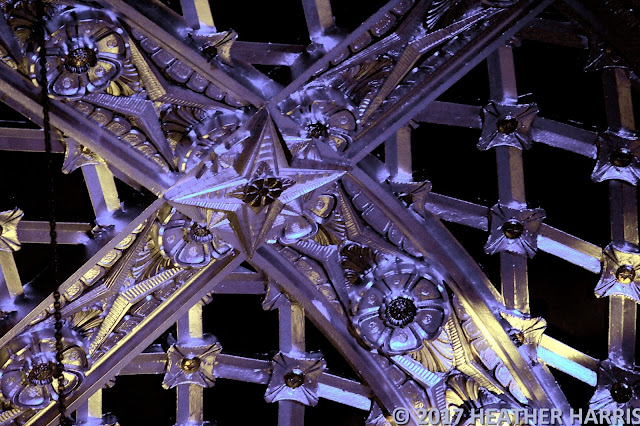 Mention should be made of the gorgeous Art Deco Saban Theatre of Beverly Hills, Calif. Above is a detail of its beautifully restored ceiling. 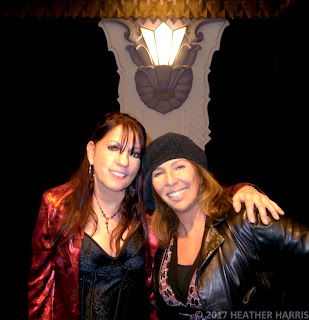 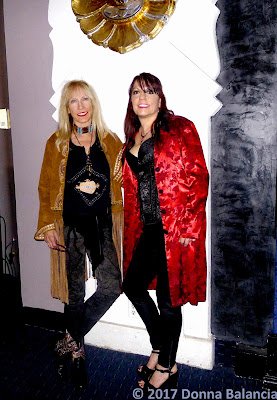