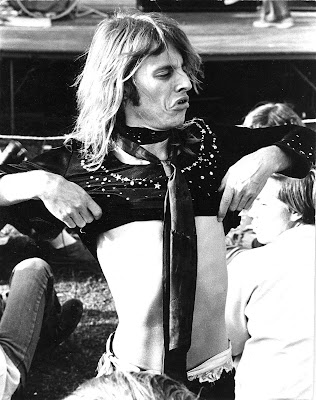 Wowza! Besides its characteristically exceptional literature, the spankin' new issue 13 of Paraphilia features my article on Chainsaw, Christopher Milk and Mr. Twister (Fastfilm's better half,) containing possibly the most online fodder ever of each with tons of historic photographs. CMilk in particular pose a fascinating history as they had music releases on two major labels, influenced some rock biggies, had features on Rolling Stone's cover, performed live on television, were ahead of their time and then.... Quickly, go to LINK and read pp. 16 - 46.