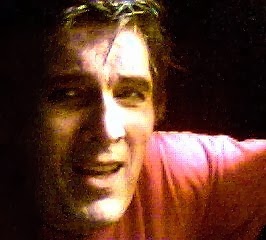 My cousin Virginia suggested I note the Jan. 31, 2014 passing of her hometown-- Jackson, Tennessee --notable, actor Christopher Jones, who succumbed to cancer at age 72 (relatively recent photo top left by Greg Bryan.) His Jackson TN beginnings though were Dickensian, with his brother and him relinquished early on to Boys Town orphanage when his mother was institutionalized. He joined the Army to escape, went AWOL, made an Indiana James Dean homage road trip with a stolen car, hit New York for acting training, then did 6 months in MP slammer for same. But he always adored the world of the movies throughout, and made his way thusward again.

Despite obvious high points like his iconic lead Max Frost in 1968's Wild in the Streets (middle promo photo with Diane Varsi) Youth Culture-satirical film, his career was an oddly thwarted one. With good looks often compared to his almost comtemporary James Dean plus assorted Broadway stage and minor screen leads under his belt, he was cast in two big budget, A-list films The Looking Glass War and David Lean's Ryan's Daughter. Problem: his voice was dubbed in both features, news of which scuttled his future casting. His marriage to Susan Strasberg, daughter of his former acting teacher Lee, terminally foundered.

After snorting, drinking and smoking his sorrows away in our vintage mid-1960s Sunset Strip culture, his self-admitted 1969 breakdown ensued, and retirement to what should have been his true profession all along: visual fine arts. He had indisputable talent. The top right photo depicts his sculpture of Rudolph Valentino as displayed at the Hollywood Forever Cemetery in our home town.

He summarily claimed in a 2000 interview, "The movies kept me going for a long time.
I am happy. Everyone has regrets, but I don't have many that I want to talk about. I did exactly as I pleased -- within my world."
Posted by Fast Film at 10:14 AM

Ryan's Daughter is one of my favorite movies. Christopher Jones had the look for the all-but-broken British officer, but the breadth of emotion just wasn't there and the director had to almost work around him. Brando was going to play that role but committed to something else. Still it was a moving story and all the other actors were great.

I've read where Lean wanted Brando for the part that Jones played but I can't picture Brando in the role. Didn't the Godfather came me out shirtly after?? He was fat and ugly by that time. Critic's are a dime a dozen so who is to say Jones was all wrong for the part???? He fit the part exactly. Lean should have done his due diligence on Jones's roll in The Looking Glass War instead of blaming Chris. I am sure there are a lot of Folks out there that agree. RIP CHRISTOPHER, you are missed.

JonesJoan, I concur wholeheartedly with you about Lean's failure to vet Christopher Jones' vocal talents beforehand and consequent blame spin. I disagree with you about writing off Brando's later roles because of his looks: Brando's portrayals were always extremely compelling to audiences of all eras.

Fast film, I was speaking of Brando as he would have looked in Ryan's Daughter. But......I realize opi ions are subjective and he was a good actor. He just never "did it" for me...just like some Oscar Winners...I see the movie and wonder what was so great about it. But all I can think is everyone has different taste and I claim no real knowledge of the film industry...:)

You're entitled to your opinion and I thank you for posting it. All the more potential interest for the work of Christopher Jones.