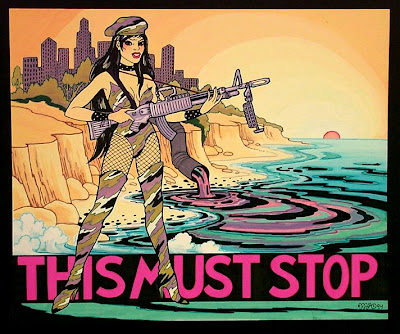 Here 'tis, the newest Paraphilia Magazine online issue featuring my brand new, extensive interview with ridiculously talented and influential fine artist Marijke Koger-Dunham to be found
on pp. 21- 48.
Click LINK HERE!*
Marijke graciously contributed over two dozen of her artworks representative of her five decade career to the article, and many of these will be a revelation to readers heretofore only familiar with her iconic psychedelic works as commissioned by The Beatles in the mid-1960s. 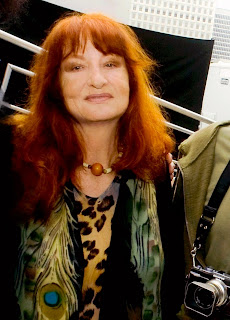 The tough gal at the very top here is representative of her works that initially appear quite different from her better known polychrome, paradisiacal metier yet philosophically remain on point. The strong gal immediately above who still makes her living with her fine art despite her initial fame and acclaim having been in the 1960s (which she helped shape) remains extraordinary. Read all about her!

*http://fastfilm1.blogspot.com/2016/02/interview-with-marijke-koger-dunham.html
Posted by Fast Film at 7:37 AM