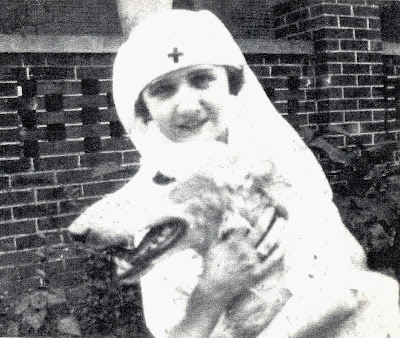 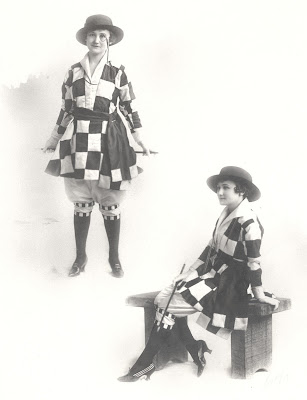 of her career. Duncan's myriad tragedies such as her children drowning via her chauffeur's negligence (he'd leftthe children in the car and the carin gear which then plunged to the bottom of a river) and assorted lost loves must have taken their toll, as my grandmother described her as somewhat bovine andgraceless at that point. (My grandmother much preferred the Dolly
Sisters, who as the quintessential young hotties du jour presumably were not
tainted so with life's burdens.) 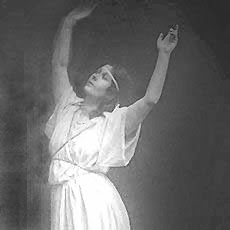 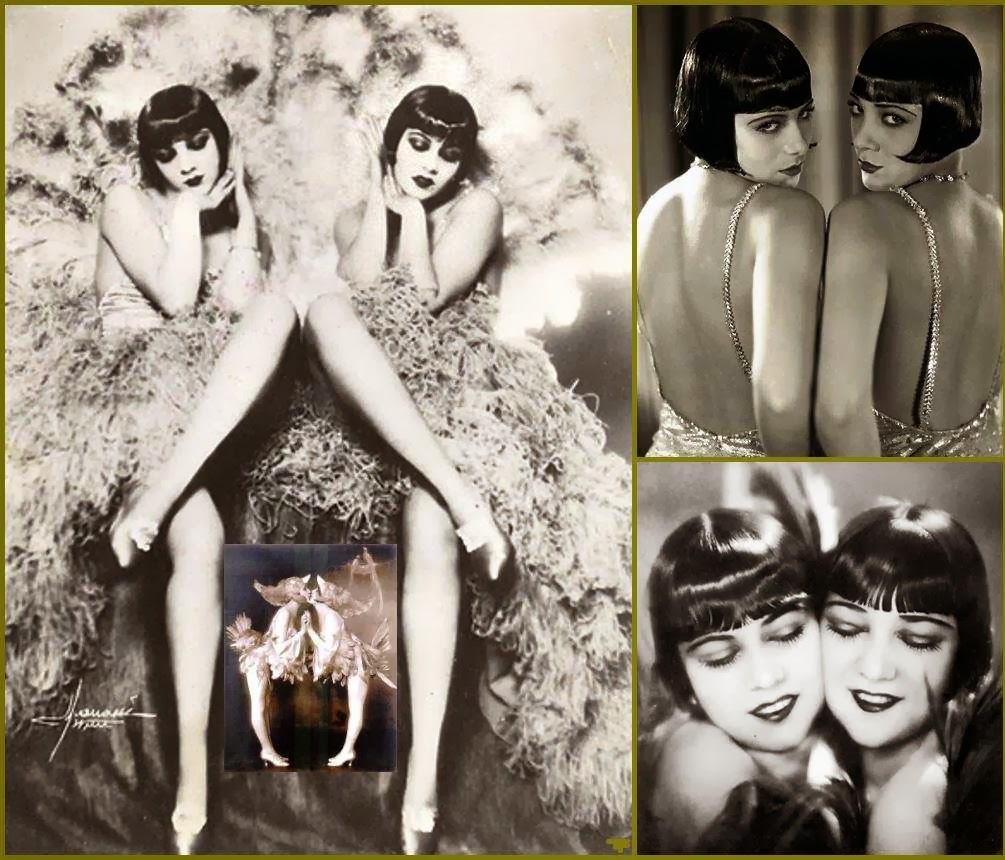 
Duncan and Ruth St. Denis were alone in their championing true modern dance in that era. St. Denis today mainly is remembered for sponsoring a very young Martha Graham, and kicking an equally young Louise Brooks out of her dance troupe for insolence. I didn't know enough about the stirrings of modern dance in the Belle Epoque when she was alive to ask her about others. I did love to listen to her talk firsthand about theatre and pop culture of her eras.

I have one of her book-bound compendiums of Theatre Magazine, which included the silent film stars of the day as well, and such gorgeous high-end full color lithography with real gold leaf! May 1916 cover of The Theatre magazine featuring Ruth St. Denis (bane of young dancer Louise Brooks) from my grandmother's custom-bound collection of the periodicals.
Her well-to-do physician father raised her sister and her after their mother died quite young. My grandmother was indulged with copious niceties, such as the all satin riding habit pictured above second from the top (which, when I queried her about same, turned out to have been made not for equestrian activities but for a 1917 black and white-themed ball to which all other guests would have worn formal attire albeit black and white,) plus its pricey photo studio commemoration. Her costume as a newspaperboy is seen below. She liked to dress up: I inherited that, her sense of fun and shortness from her. 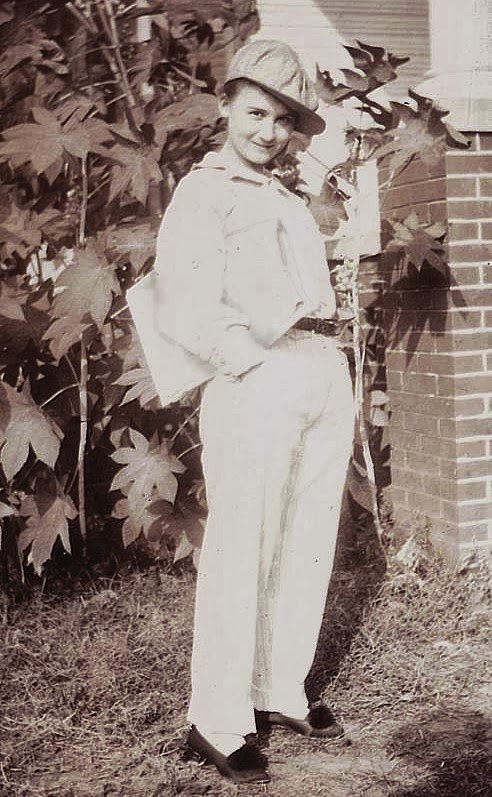 Tiring of the socialite circuit, she was engaged to a brave young pilot, a soldier who had survived The Great War (WWI.) But he did not survive the 1918 Spanish Influenza that ended up killing far more millions than the war's own casualties (I believe the total mortality rate was estimated at one sixth of the world's population.) She volunteered as a Red Cross assistant shortly thereafter (1919 top photo above with Vodka, the Borzoi.)

She then met the owner of Vodka, my grandfather (see "Adventurous Relations" LINK,) a patient at her father's doctor office and they wed. They lived in a tiny farm town in the midst of nowhere, albeit in style (see LINK.) When younger, she made the three hours each way trip from the farms to Memphis at least once a week to catch theatrical shows and assorted shoppings. With two children, her more adventurous days of probably being the second Southern belle after Zelda Fitzgerald to bob off her long hair, or going barnstorming up in the clouds of assorted beaux' biplanes, dissipated, all gone with the wind as well. Always very kind to me (and everyone,) she allowed me when I'd visit to bring assorted baby farm animals like piglets and goat kids into the stately plantation home to watch television with us despite this gross breakage with propriety.

She did enjoy traveling around the world with my very successful farm-owning grandfather, although he outlived her by 25 years. And she did, however, to the envy of virtually everyone to whom I've related same, find the perfect way out. She had a very normal schedule that day: she played bridge and other card games with her girlfriends whom she jokingly deemed "the Go Go Girls," attended to her normal household routines, since it was autumn probably watched a baseball game (her secret passion) on television, went upstairs and took her normal afternoon nap. And never woke up.


NOTE: link directly back to http://fastfilm1.blogspot.com if all elements such as photo layouts or videos aren't here.
Posted by Fast Film at 5:38 PM