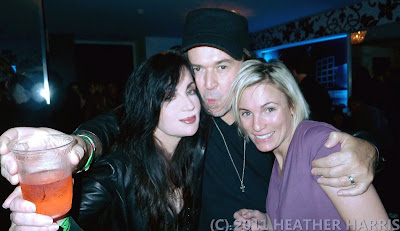 It is with great sadness I report the death of my colleague ROBERT MATHEU on September 21, 2018.  He is survived by his wife Sheryl and three young daughters. Robert is deservedly well known for his extraordinary photos in the late 1960s/early 1970s of his native Detroit acts like The Stooges, MC5 etc., and since then of everyone in music under the sun.

He is seen here backstage at the Dec. 1, 2011 Iggy and The Stooges show at the Hollywood Palladium with his longtime friend from 'the good old days' Evita Corby, whom he hadn't seen in quite a while and with Allie Shields, daughter of the late Sabel Starr Shields.  (Evita was Stooge James Williamson's girlfriend in the 1970s, and Allie's mother's sister Corel Shields was Iggy Pop's paramore during the same era.)

Despite his professionalism, Robert always seemed to be in a great mood and loved to joke around. My friend Evita reminded me of another side of jocular Robert though. When James was onstage, she said Robert was very protective of her, since young beauties like her were a magnet to too many creeps otherwise. 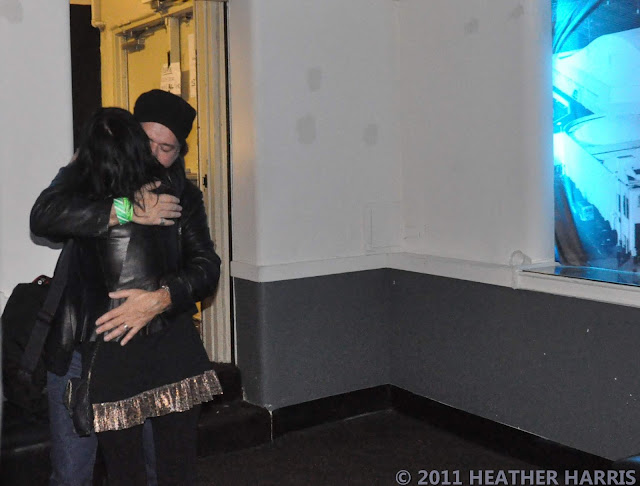 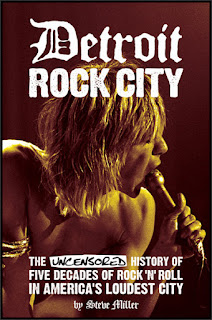 ↑Photo on this book cover by Robert Matheu.

↓ Robert Matheu, Ron Sobol and Kurt Ingham at Jeff Gold's Iggy Pop book Total Chaos signing in 2016. All three had photographed the Stooges live back in the day... 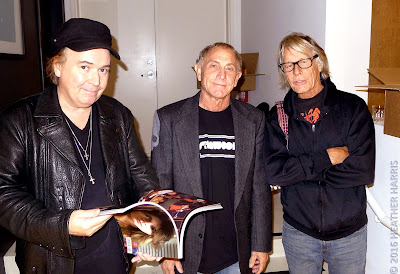 ↓ Below, here's Robert in full raconteur mode on the right with Jimmy Recca, one of the three still living Stooges, trading Detroit war stories in Robert's house, 2010. You can go to LINK* for more details. Also, please go to LINK **
to read my obituary of Robert Matheu in prestigious Detroit Rock and Roll Magazine.