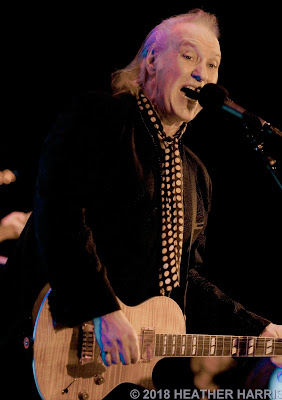 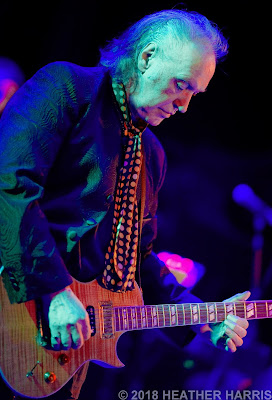 ♥Valentine's Day at the Roxy, West Hollywood CA with the Dave Davies band triumphant gig for its rabidly appreciative audience. From his first "hallo!" they remained right there squarely in the palm of his hand. ♥ 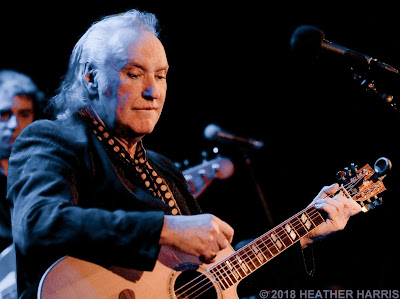 Above, acoustic guitar for pensive ballads like "Young And Innocent Days," "See My Friends" 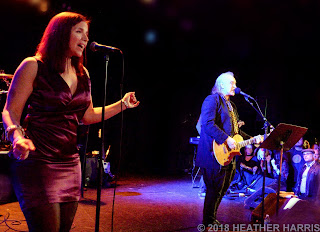 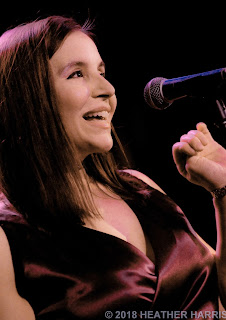 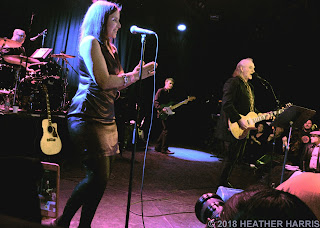 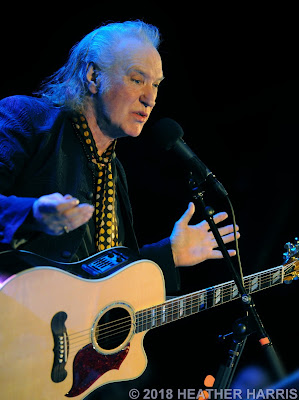 Above, the start of another tale by a master raconteur 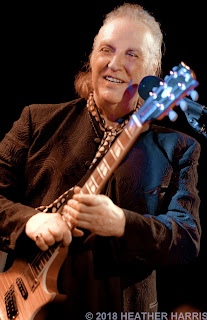 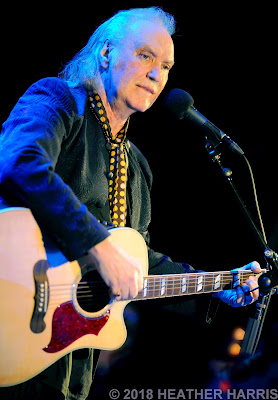 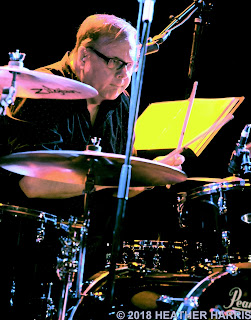 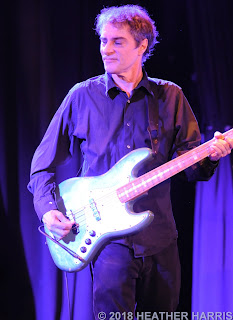 Dave led a power trio of former Smithereens' drummer Dennis Diken and nimble bassist David Nolte because, well, because he could, with  his chops and charisma solidly in place. Those familiar with his history know that tiffs with his fellow Kink brother Ray weren't the only battles in his life. Recovering from a stroke in the '90s, Dave's first career steps back to professional normalcy were solo album releases, then touring 2013 - 15 with acclaimed group The Jigsaw Seen as his backing band. On Valentine's Day night , a completely packed, appreciative Roxy Theatre crowd cheered this first night of Davies' first 2018 American Tour... 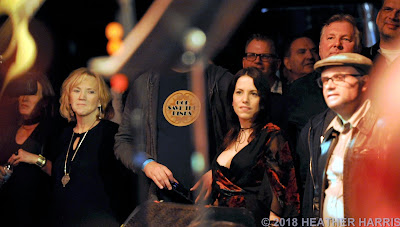 Anyone familiar with the set list below knows that the canon of Dave Davies' solo work coupled with Kinks' material dating from the mid-1960s onward guarantees a full evening of ridiculously memorial songs and ear worms.  Dave after all is one of hard rock's actual progenitors who, along with James Williamson in the early 1970s, insured the very persistence of the genre by giving it its initial form and fun in from the first five notes blasted on 1965's "You Really Got Me." 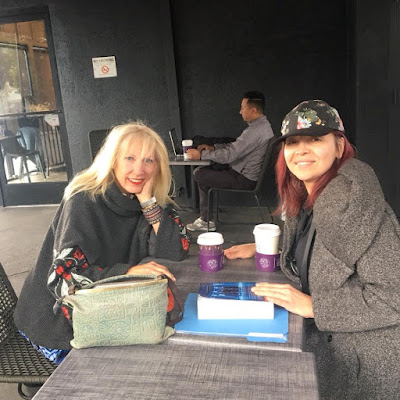 Yours truly meeting up with Rebecca G. Wilson for coffee,
photo taken by one her sons, Desmond (a young working actor with Martin Scorsese films to his credit...)
Posted by Fast Film at 11:18 AM