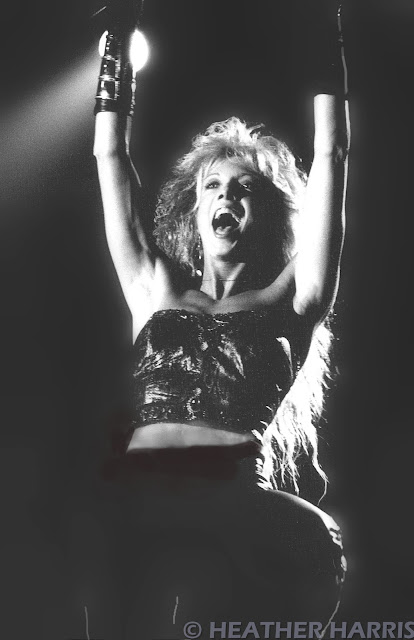 Rest in peace Emi Canyn, A.K.A. Emi Jo Schmidt Canyn Mars Pierson, gone far too soon at age 62.  What little is known is that she passed away at her home in Lacey, Washington on Feb. 25, 2017 but the announcement wasn't made until some two months later.

Her main notoriety followed her stint as one of the Nasty Habits, the backup singer/dancers who wiggled around in nurses' outfits and custom metal maiden haute couture for Motley Crue at the height of their worldwide touring success, plus Emi's marriage to Crue's Mick Mars. She later fronted a band named Alice N' Thunderland with Chet Thompson of Hellion and WWIII, with its sole eponymous cd release in Japan.

However, Emi genuinely had a strong, wailing multi-octave voice, and my photos are from her lead vocals performances in She Rok, who also included Mary Kay of The Dogs on bass, Lisa Lichtenstein on drums and the late Gerri Edinger on guitar.

These hail from my stills taken for She Rok's appearance in Thunder 'n' Mud, director Penelope Spheeris' last film before her breakout success with Wayne's World, plus from gigs in Hollywood and some forgotten metal venue in Long Beach, Calif., hotbed of South Bay Metal after South Bay Punk receded.

Emi (pronounced "Amy" by Emi herself) was a stunning looker with a "Seven of Nine" (the Star Trek:Voyager Borg with the reconstituted, perfect human female physique) figure who could really sing full on. She was quite actively dynamic onstage.  She knew what boys liked.  And She Rok kicked bigtime metal ass. All the right commercial ingredients at the right time and right place for a change, sigh, but... for naught. Like many of the best, it just didn't happen. 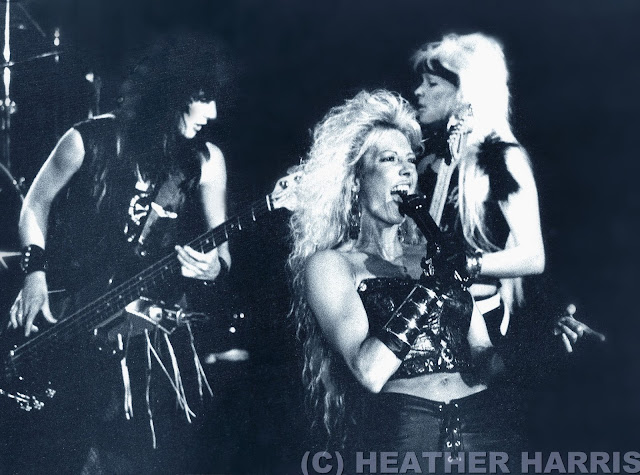 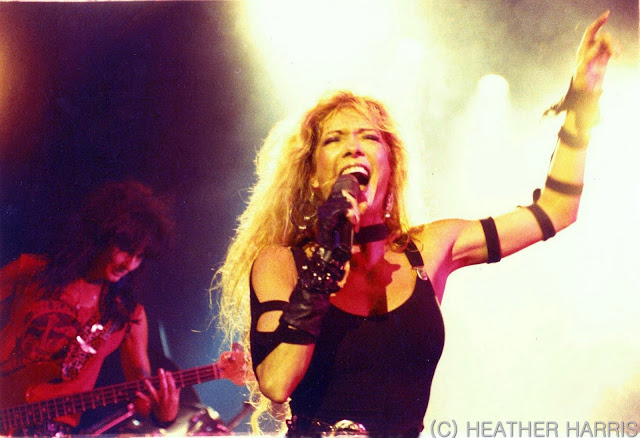 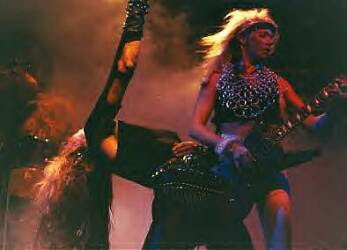 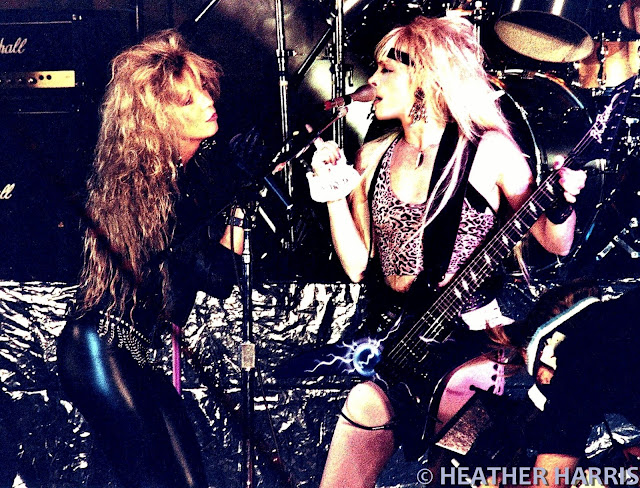 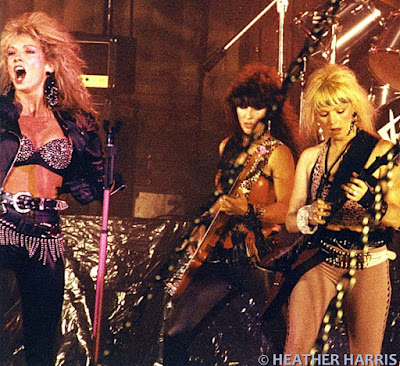 This proof sheet dates from the She Rok gig 8.2.89 at Club Lingerie, Hollywood CA 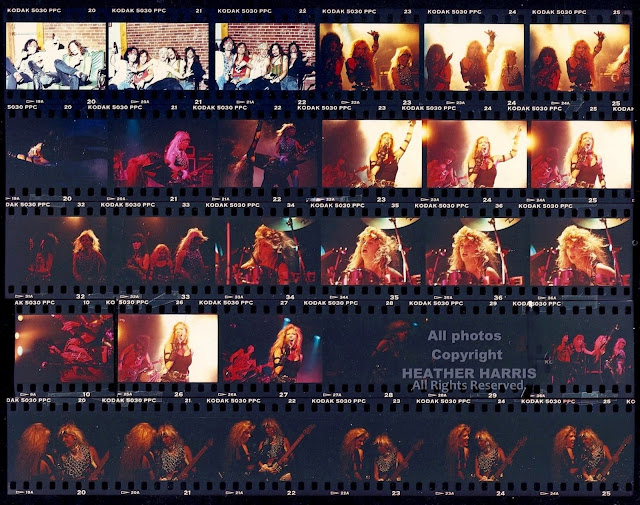