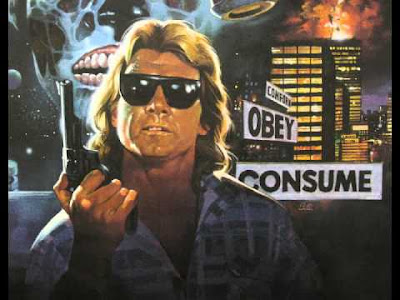 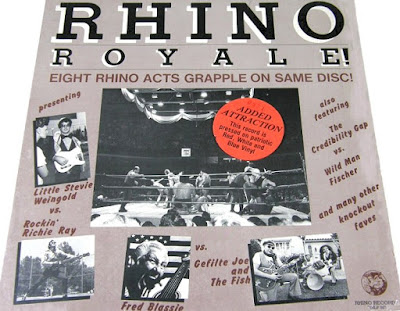 Rest in peace professional wrestler/actor Rowdy Roddy Piper, seen at top in illustration art for John Carpenter's film They Live. (Do you think Shepherd Fairey was influenced by this movie's slogans? Maybe?) (I can't remember if Piper is hidden in my photo/art direction for Rhino's third ever release Rhino Royale. Yes, that's Andre The Giant sitting on some hapless grappler...)
Posted by Fast Film at 9:16 AM