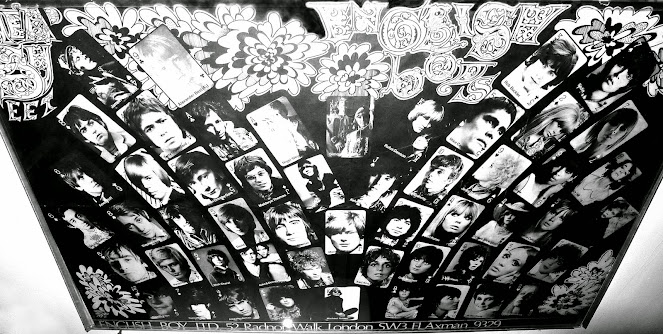 I just wrote a snippet to accompany a (better) copy of this ENGLISH BOY Model Agency poster for Harvey Kubernik and his own future thinkpiece on the late onetime Rolling Stone Brian Jones. Witness some pretty astonishingly primo 1960s' British personages thereupon. English Boy was based in one of London's trendiest districts from 1966 through 1969.

My better half Mr. Twister was to have been featured on the next English Boy headshot poster as fellow model, since he was part of this crowd via his friends who knew the cast of Donald Cammell's film Performance with James Fox, Mick Jagger and Anita Pallenberg.  Why didn't the agency last despite such stellar talent? Twister laughs, "Because it was like trying to herd cats!"

On the poster, you'll espy such '60s Brit icons like Fox himself (upper left,) Marijke Koger and then husband Simon from The Fool (center,) Chrissie Shrimpton (right, in hat,) Sir Mark Palmer (center) who owned the agency, and so on. The sharp-eyed can also espy: Brian Jones, Suki Potier, Amanda Lear and scandalous Christine Keeler.

Below, Mr. Twister of that era, left, caprisoned in Mod finery at the time of his mid-1960s English Boy recruitment, right is Ida Random. Guest photographer: famous entertainment photographer Andee Nathanson. Every day was dress-up day in the mid-1960s, although these came from Ida's collection... 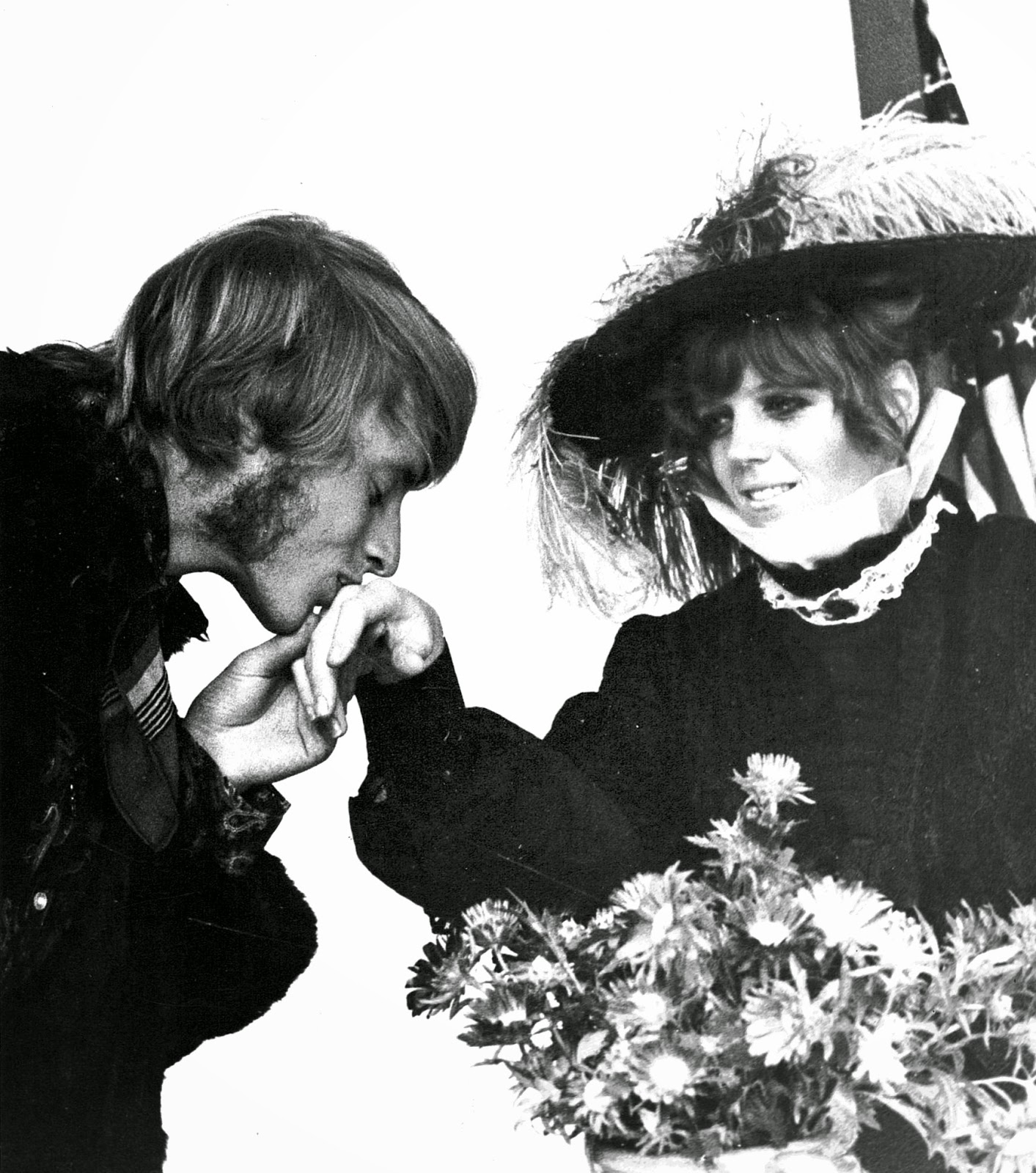 Below for the evolutionary record, Mr. Twister as full-fledged rockstar in 1970 when we first met, guest photographer, probably James Oswald. 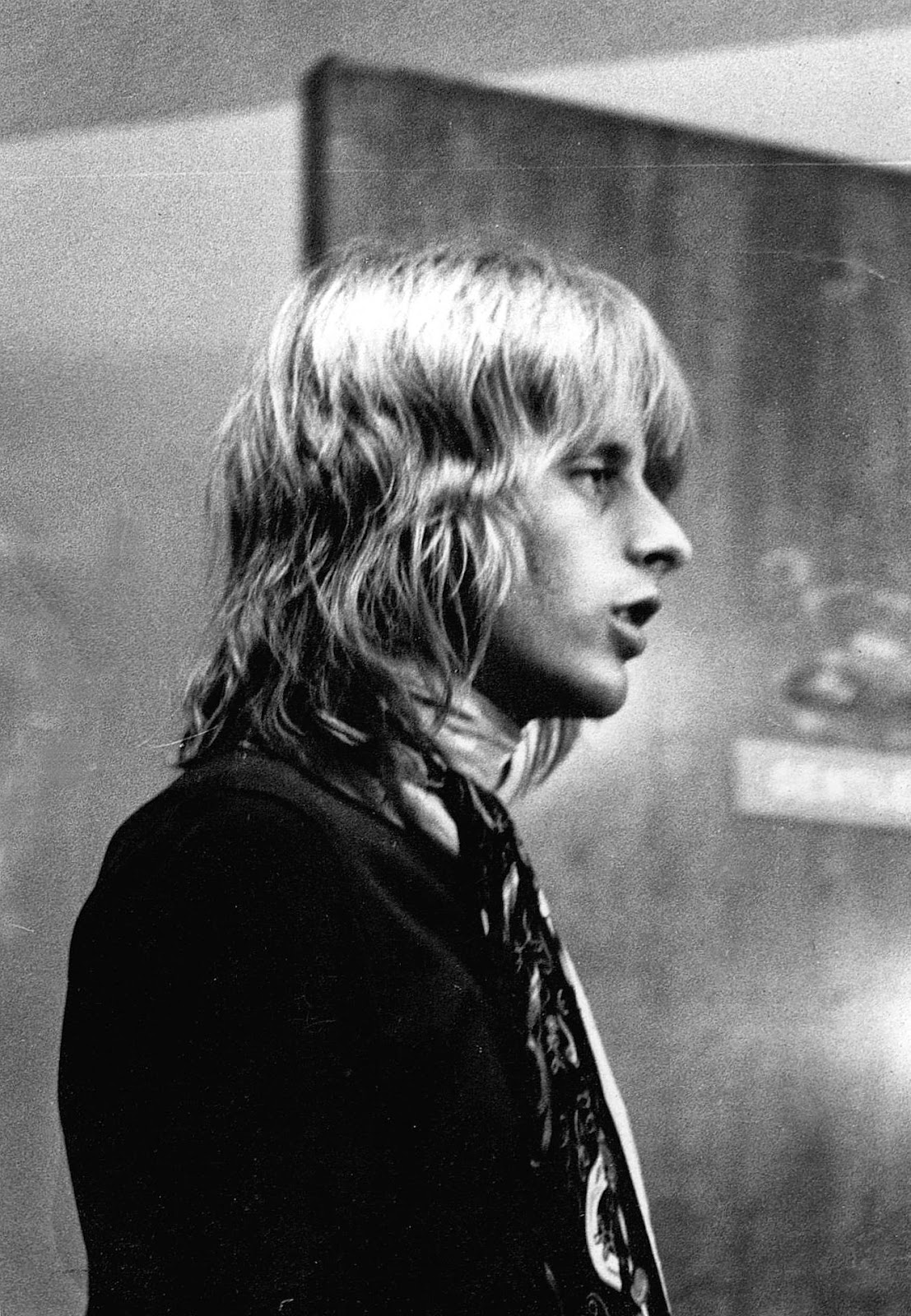 Below, an amusing yet informative 3-minute video spotlights the scene with cool authentic footage after Austin Powers frugs and shingalings his way across our memories...
Posted by Fast Film at 9:44 AM

"Engaging with the "now," indeed!" These to commentators could use a bit of that. What were they thinking when they got dressed?

They were thinking they wanted a lot of color to distinguish themselves from the previous generation, as does any prosperous generation of youth...