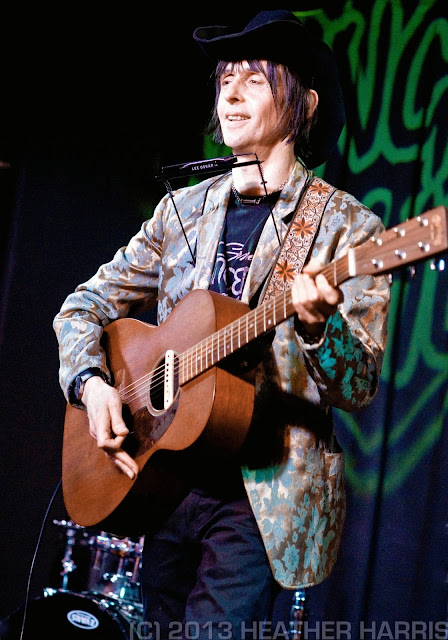 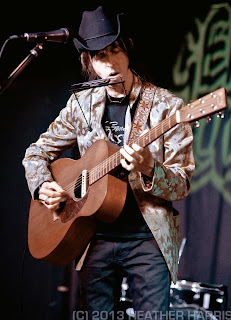 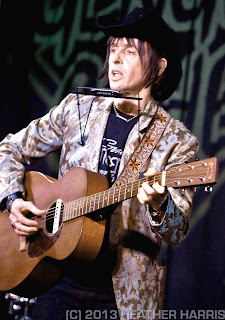 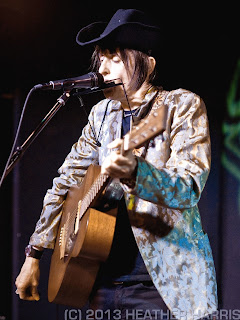 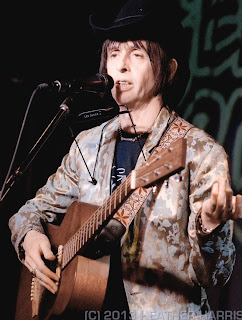 Mick introduces his audience to specific places and people in his life, self-accompanied on guitar and harmonica in a languid but forcefully bluesy style reminiscent of the early 1960s artists who first influenced a young Bob Dylan. A quick glance at his Facebook page shows his eclectic but superb taste in pop culture. Special mention must be made of Mick's excellent sartorial style, what with his silk brocade jacket and Gram Parsons-esque chapeau. 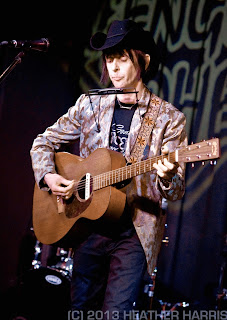 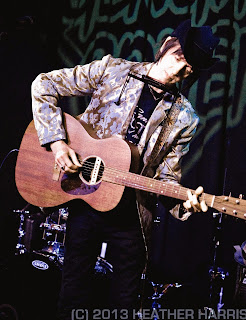 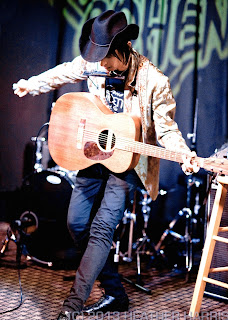 "Thank you, thank you..." and a full court bow.
Below, used Long Tall Mick set list.