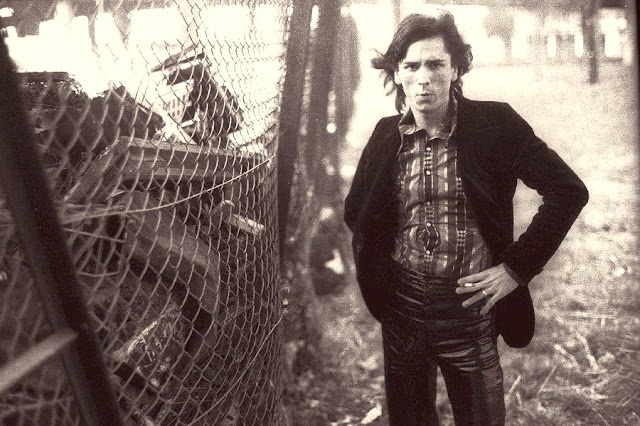 This Guest Gallery is presented by kind permission of
esteemed British photographer Byron Newman who for the past three decades has garnered renown for his cover shots for Playboy Magazine, Lui, Deluxe and numerous others. Today, his portraits of well known actors and musicians bear his trademark style of artistic composition alongside utmost highest-resolution clarity. Professionalism incarnate. Just check his website LINK


But... once upon a time in a magical place far away (London, England, 1972-3 to be exact,) Byron Newman photographed fresh-from-Detroit young hellraisers Iggy and The Stooges, there to record one of all rock music's most influential works ever, "Raw Power." So sui generis in its 1,000 mph guitar fury and incisive lyrics of poetic rage was it that "Open Up and Bleed" Iggy Pop biographer Paul Trynka opined to its guitarist, “'James, you made a difference! Music today would sound different were it not for you!' (and that’s not a remark I have ever made before to a rock musician)." The roller coaster would race high and low in intervening decades for Raw Power's official recognition beyond the scope of the millions of musicians it actually influenced before the Stooges' induction into the Rock and Roll Hall of Fame in 2010. All that matters is that it did.


Here's James Williamson, guitarist extraordinaire of Iggy and The Stooges and its singer Iggy Pop at this startling moment in music history, photographed by Byron Newman. 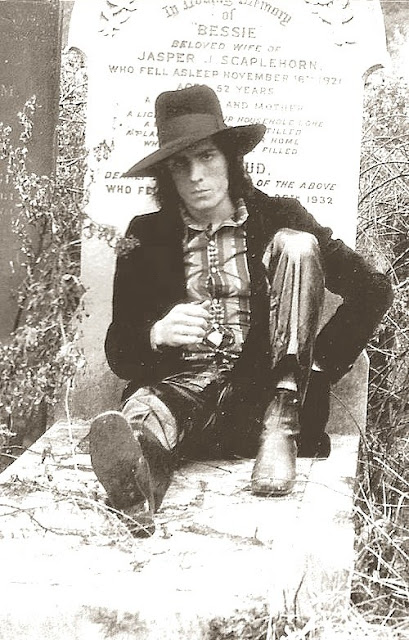 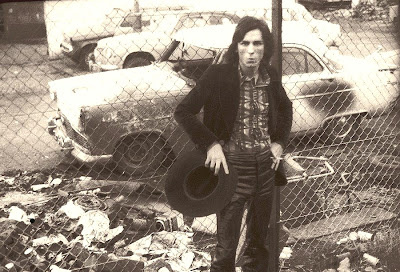 Nick Kent, a writer I much admire for his accurate accounts of the passions and emotional appeal of music and musicians usually before the rest of the world knows even what hit it and despite his peers excoriating his pieces for having been written decades before the eras of fact-checking computer programs, was there at the right time and place to chronicle same.

Excerpts from this 1975 description in the New Musical Express of Iggy and James in London circa 1972 might well serve as captions for Newman's work here: "...So there they were, these two black-hearted ominous-looking individuals from the Motor City, living together in a little house in tame, salubrious Maida Vale...There was such poison in the heart, so much rage... that it just flooded into the creative marrow of the Stooges' greatest creation, the body of songs that got released on an album entitled Raw Power." 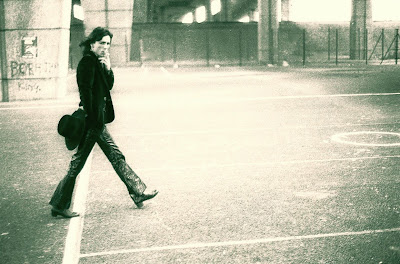 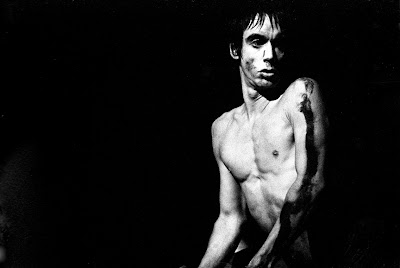 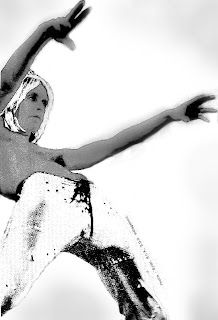 Mr. Newman's live photographs of Iggy Pop were taken of him as a solo performer circa 1977 or '78; and at the legendary July, 1972 Kings Cross La Scala Cinema Theatre gig in London by Iggy and The Stooges that changed the course of all hard rock music thence. Younger Punk rock ears were enthralled while inspired, and La Scala shots remain incredibly rare. Newman, Mick Rock and the late Patrice Kindl were the only known professionals documenting same. The '77 solo pic is a particularly gorgeous example of stage photography being as evocative as a studio portrait. 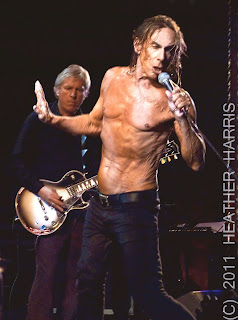 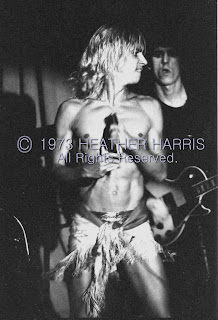 I'm grateful I at least have a true appreciation of this music in common with esteemed photographer Mr. Newman. Directly above, Iggy Pop and James Williamson performing in Iggy and The Stooges, 2011-left and 1973-right by yours truly, as is the portrait below, with his custom snakeskin-patterned Trussart guitar, of James Williamson today... still just as photogenic as ever. 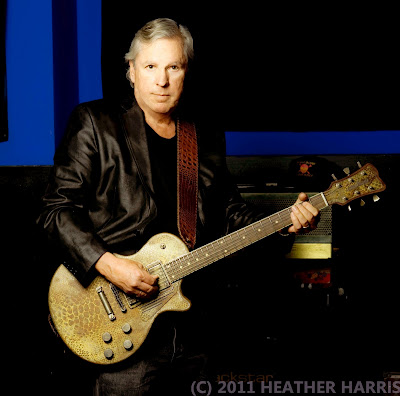 NOTE: link directly back to http://fastfilm1.blogspot.com if all elements such as photo layouts or videos aren't here.

and Mr Newman plays in a band too. Cool cat! -Woody