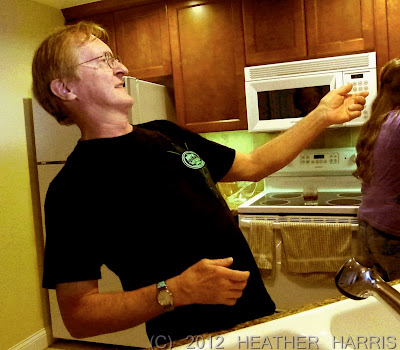 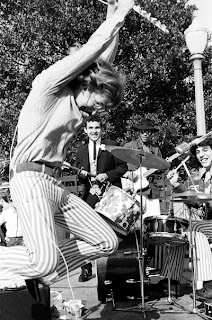 Much of the CMilk story is resurrected here at my Paraphilia
photo feature on pages 16-46 LINK. (One should also check out how Mendelsohn influenced rock posterity by introducing David Bowie to the music of The Stooges, LINK.) 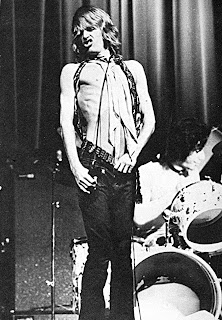 Mr. Twister and John Mendelsohn in Christopher Milk, 1971
(photographer unknown.) Below, my own photo of them circa 1970. 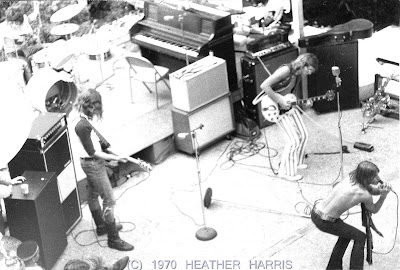 Forty years later reunions can prove bittersweet, but that applied to the circumstances under which Colorado residents Ralph and Anita Oswald found themselves in Southern California (sad, private ones) not the quasi-reunion itself. This cadre of college chums turned rockstars immediately traded witticisms as readily as in times gone by. 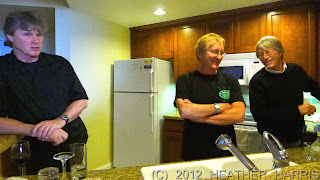 Above left to right, Kirk Henry a.k.a. The Kiddo, bassist; Ralph Oswald a.k.a. Surly Ralph, guitarist; and he who remains perennially known as The Dreaded Mr. Twister, singer (and remains my better half.) Photo below, we add Dennis Castanares, (depicted back in the day, center of third photo from top) guitarist, far right. 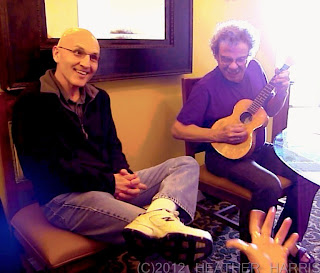 Above, Rick Snyder (creator of the official Christopher Milk website LINK and onetime bassist for kindred spirit weirdo Captain Beefheart) and Dennis Castanares jam and trade trivia. Kirk Henry comments amid the Oswald hospitality at the hotel, below. 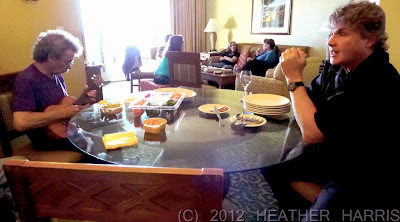 Credit Anita Oswald with the means by which the band reunited for this get-together. She created the Facebook Christopher Milk Fan Club as somewhat of a lark for husband Ralph, whereupon it immediately took off with a life of its own with well over 100 members, many of them rather influential British music press. 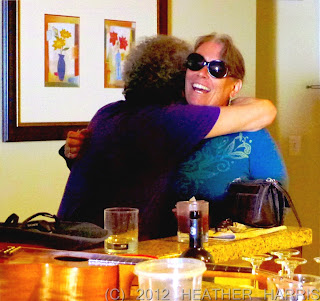 Above, Dennis Castanares is warmly greeted by hostess Anita Oswald. 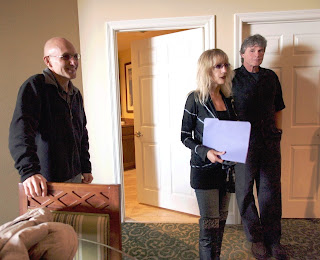 Below, my video snippet in which Rick Snyder and Dennis Castanares tackle Kyu Sakamoto (to the ground) singing "Sukiyaki."

*John (below) and the current Mrs. Mendelsohn remain ensconced in England, rather too far to commute for impromptu social occasions. The Donald, backup singers + dancers, and several drummers: whereabouts unknown... 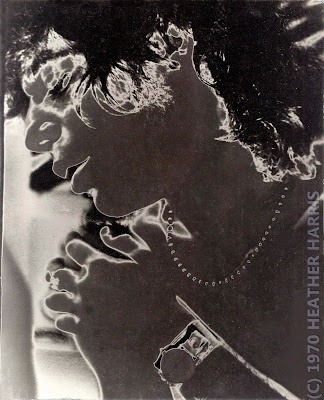 TECH NOTES: I took this photograph of writer John Mendelssohn (LINK) 42 years ago in my UCLA dorm room. We somewhat jokingly based it upon the iconic Victor Skrebneski photograph of Vanessa Redgrave (see info about that shot LINK) which graced the print ads and billboards for the 1968 film "Isadora." It was a high key shot lit with a tensor study lamp initially, then in a darkroom I polarized it (subjected it to timed white light exposure, whereas normally only dark red light could be tolerated in the developing process without ruining the prints.) The avant garde effect of this print emerged from the developer chemicals looking just like this, no decades-later computer manipulation needed. (Photo tech tips from the Pleistocene!) It was said that the polarizing process was random and could not be controlled precisely, so I promptly disproved it and made multiple identical copies for assorted recipients.

NOTE: link directly back to http://fastfilm1.blogspot.com if all elements such as photo layouts or videos aren't here.
Posted by Fast Film at 12:44 PM