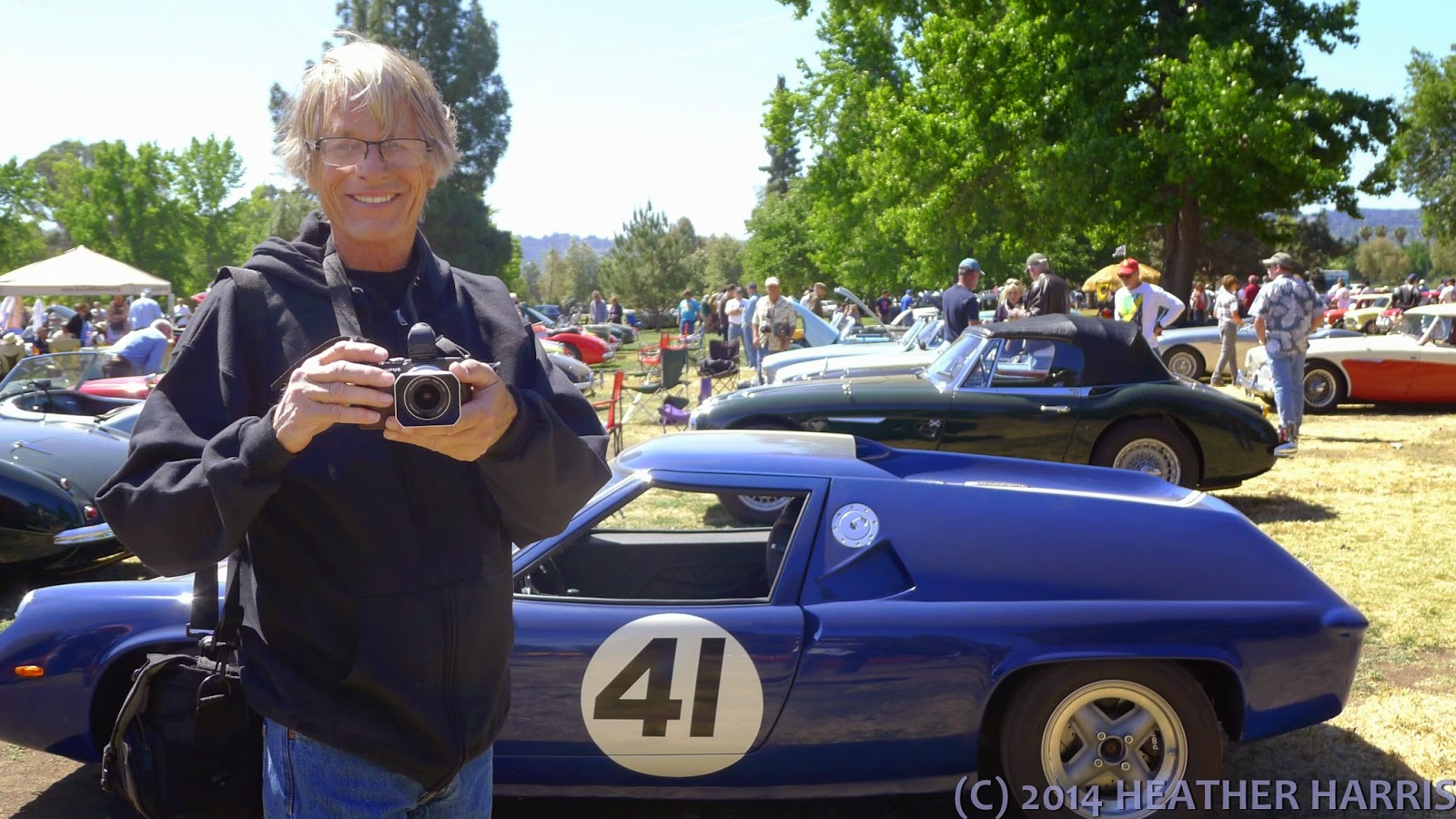 Annual British Car Show 4.27.14 at Balboa Park, Van Nuys Calif. Above, my better half Mr. Twister admires a Lotus 47/Europa. Below, beautiful grills and beautiful girls at the British Car Show: a Citroen actually manufactured in Great Britain; a Jaguar XKE and its British citizen equivalent. 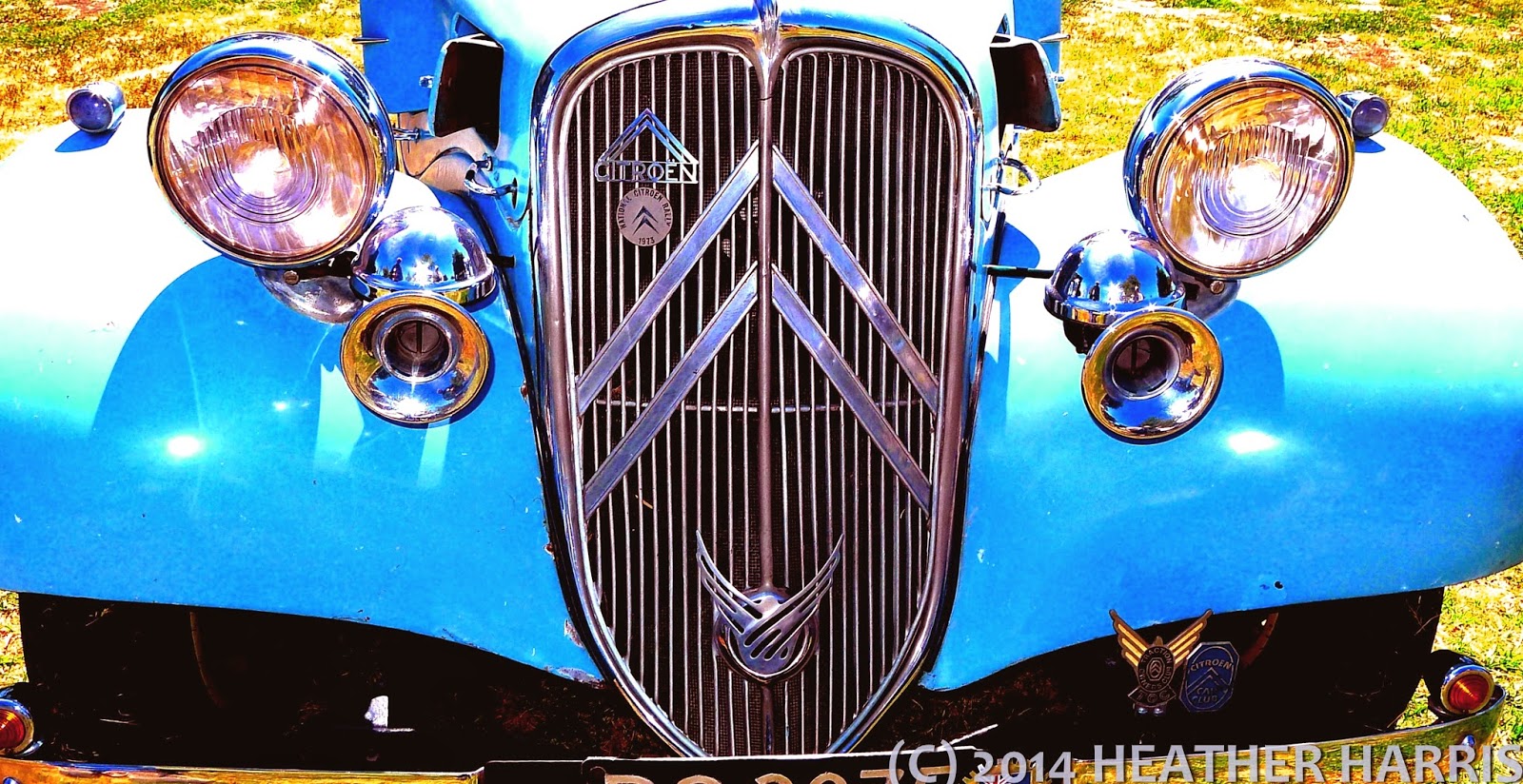 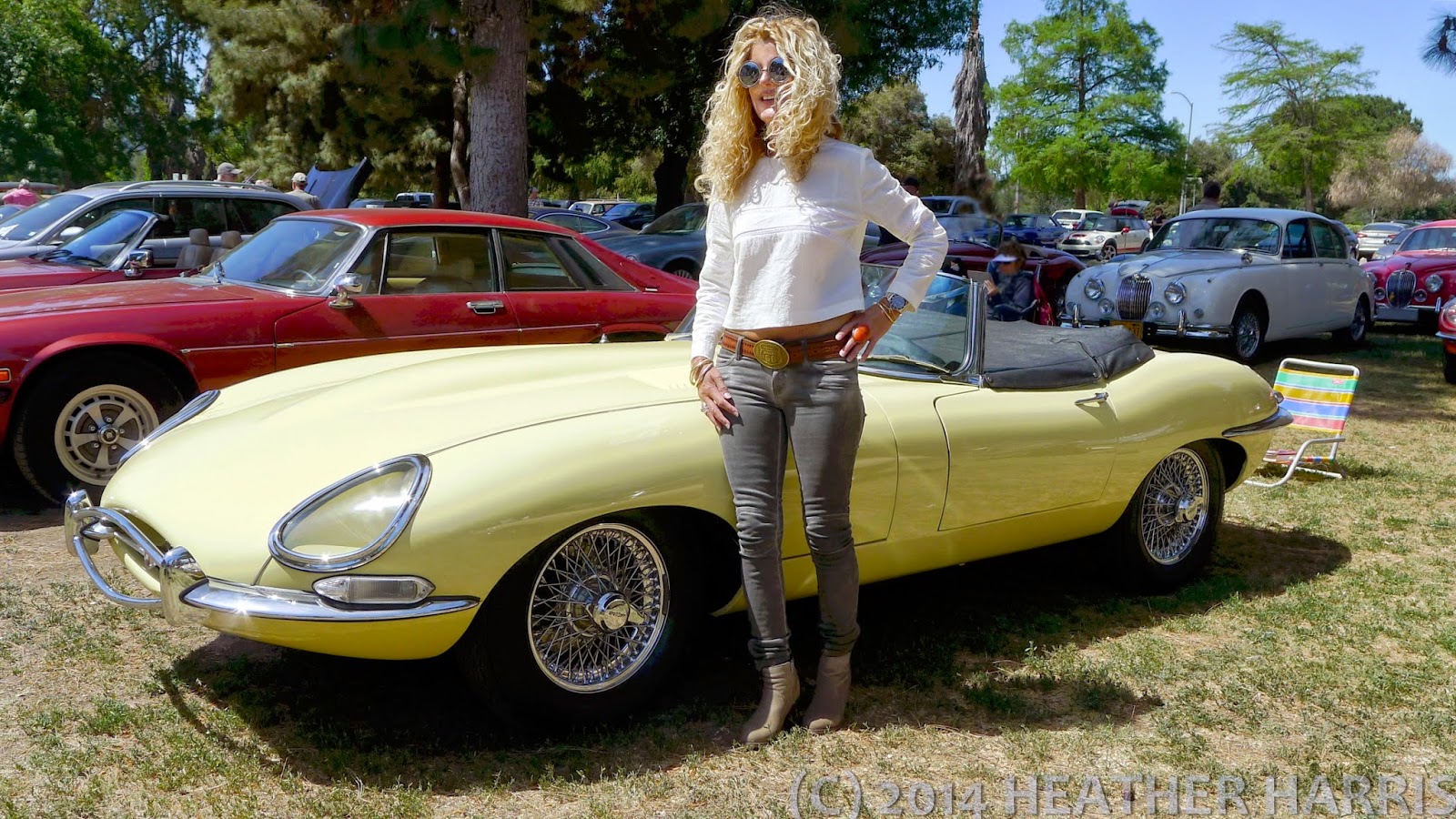 Here's the scoop behind the interest in Lotuses (Loti?): my better half has owned two Lotus Elites. Below, Twister in front of the second car he owned when I met him 40 years ago, a Lotus Elite (his was British racing green. For future biographers, the first Twistermobile I saw was his 1965 289 Mustang Fastback, named Black Mariah); below that,Twister circa 1974 with the second of his Lotus Elites (the first spontaneously combusted while he was driving it. Bad fiberglass! He immediately bought another, figuring lightning couldn't strike twice in the same place.) 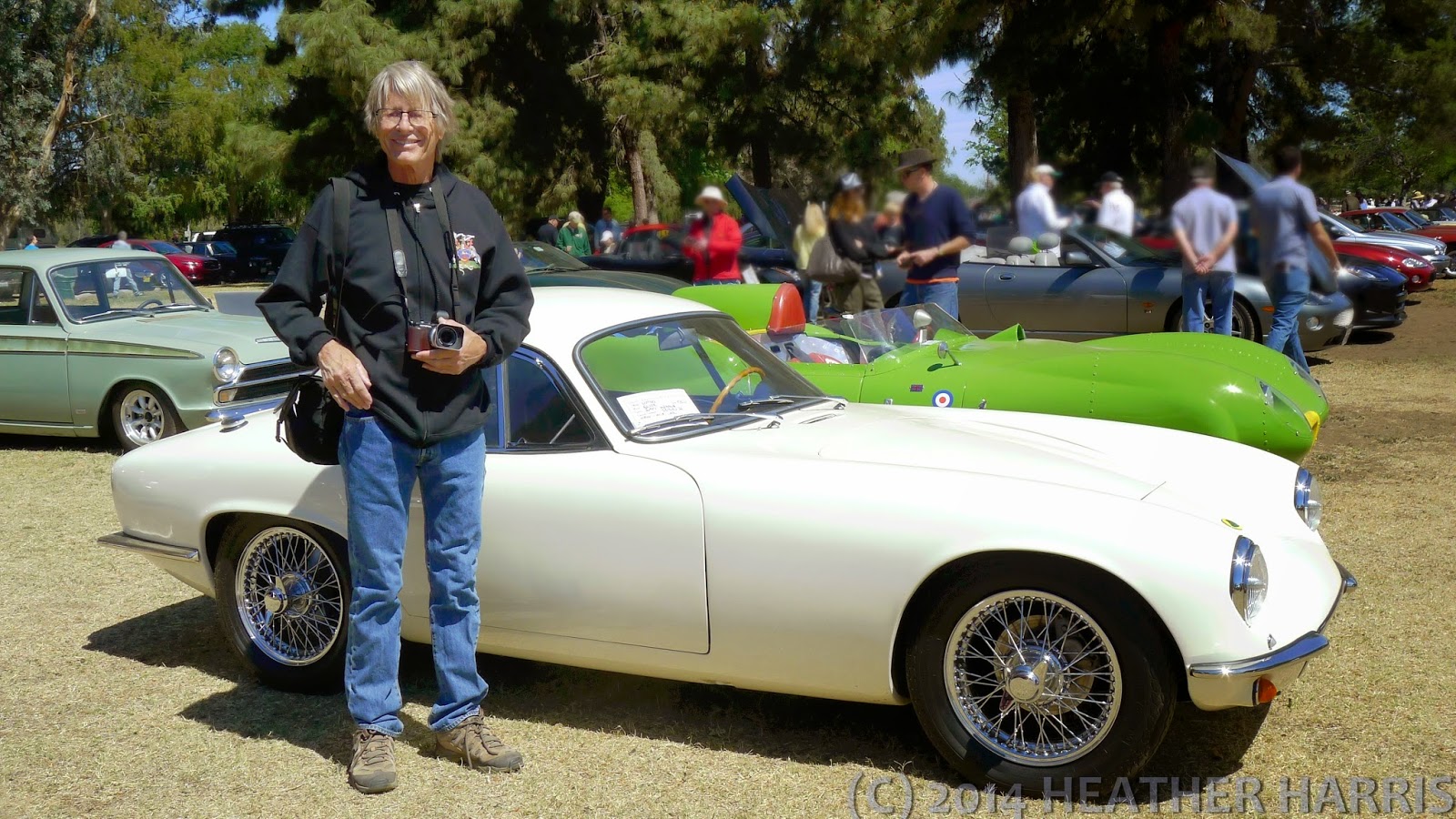 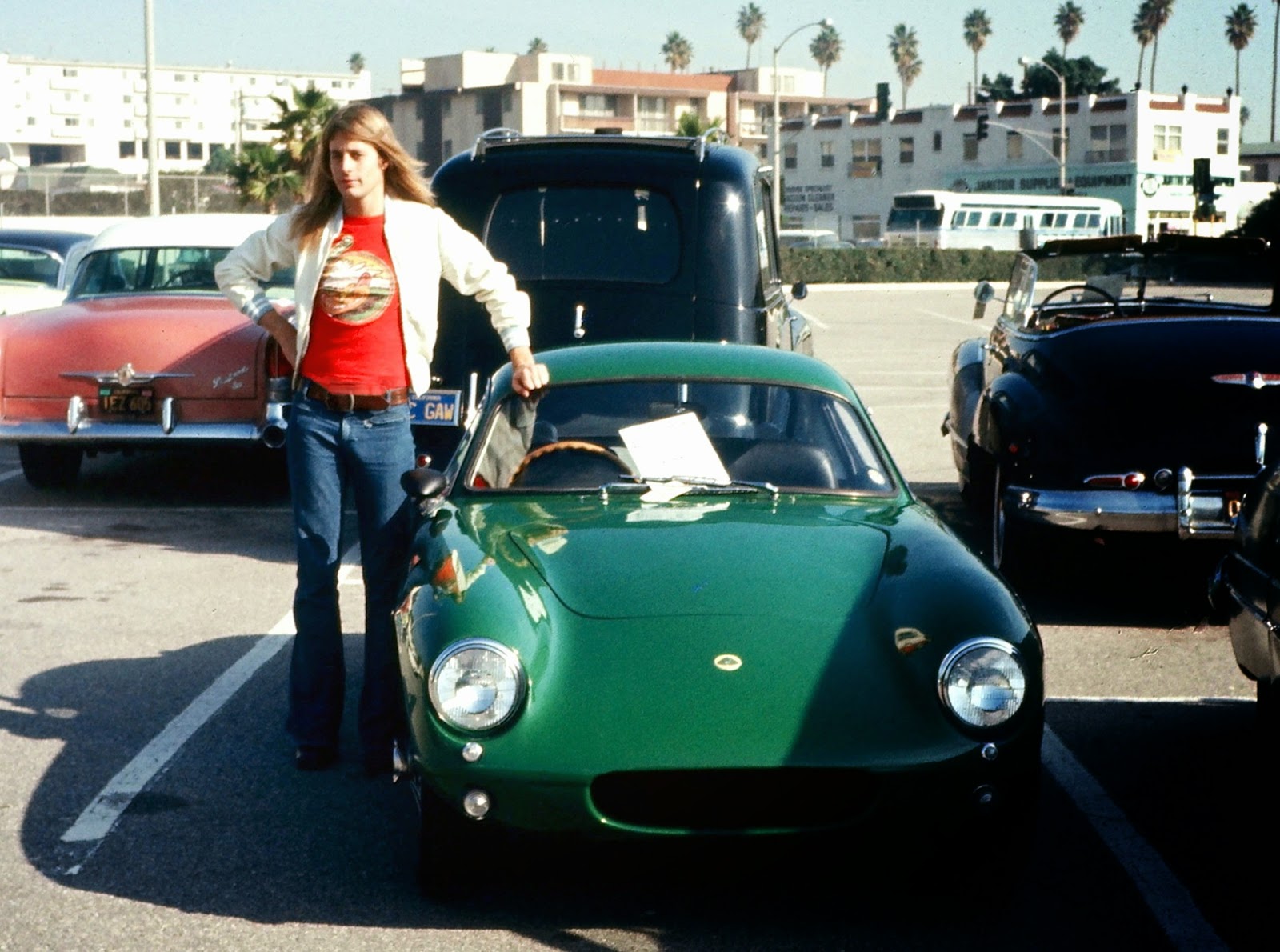 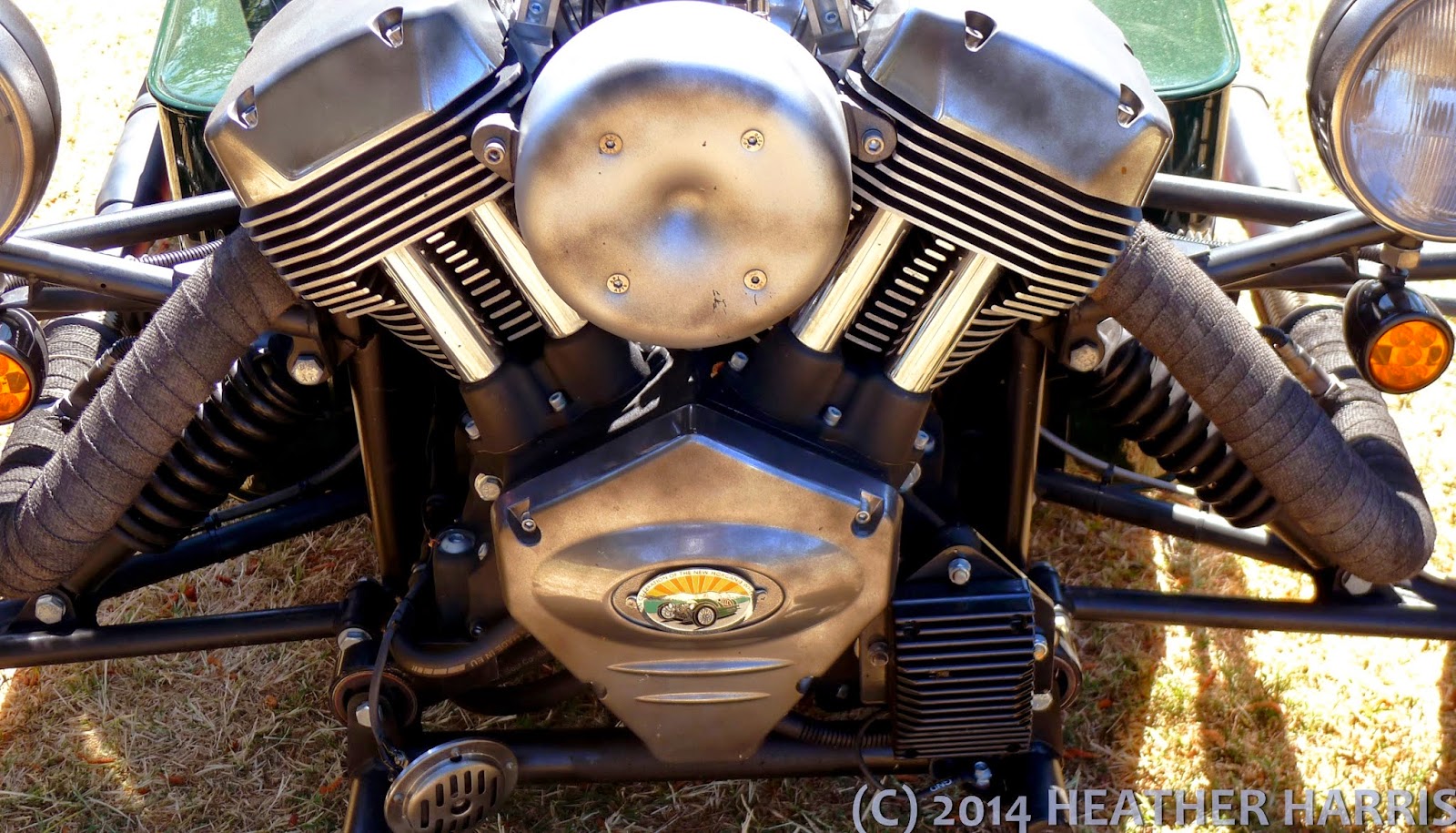 Below, my own all time favorite British car design, the Triumph Stag, et moi; I alight in front of a Bentley, guest photographer Kurt Ingham. R.e. my t-shirt-- yes Virginia, there really was a Los Angeles Grand Prix, once upon a time, 1997... 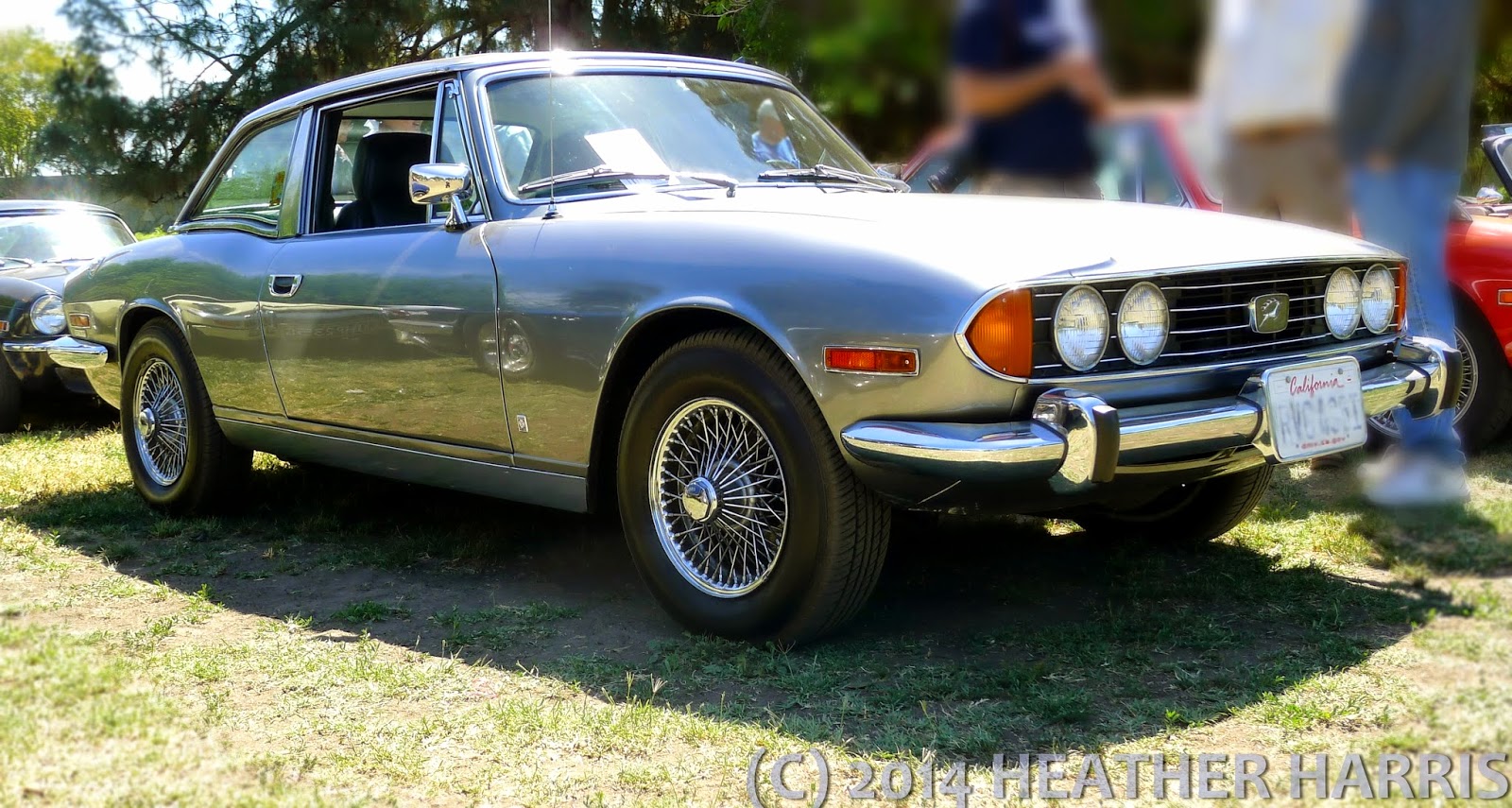 Below, homage to automotive spy photographer Brenda Priddy (see LINK) with a close up of a classic Riley hood ornament; a Wire-haired Fox Terrier approves. 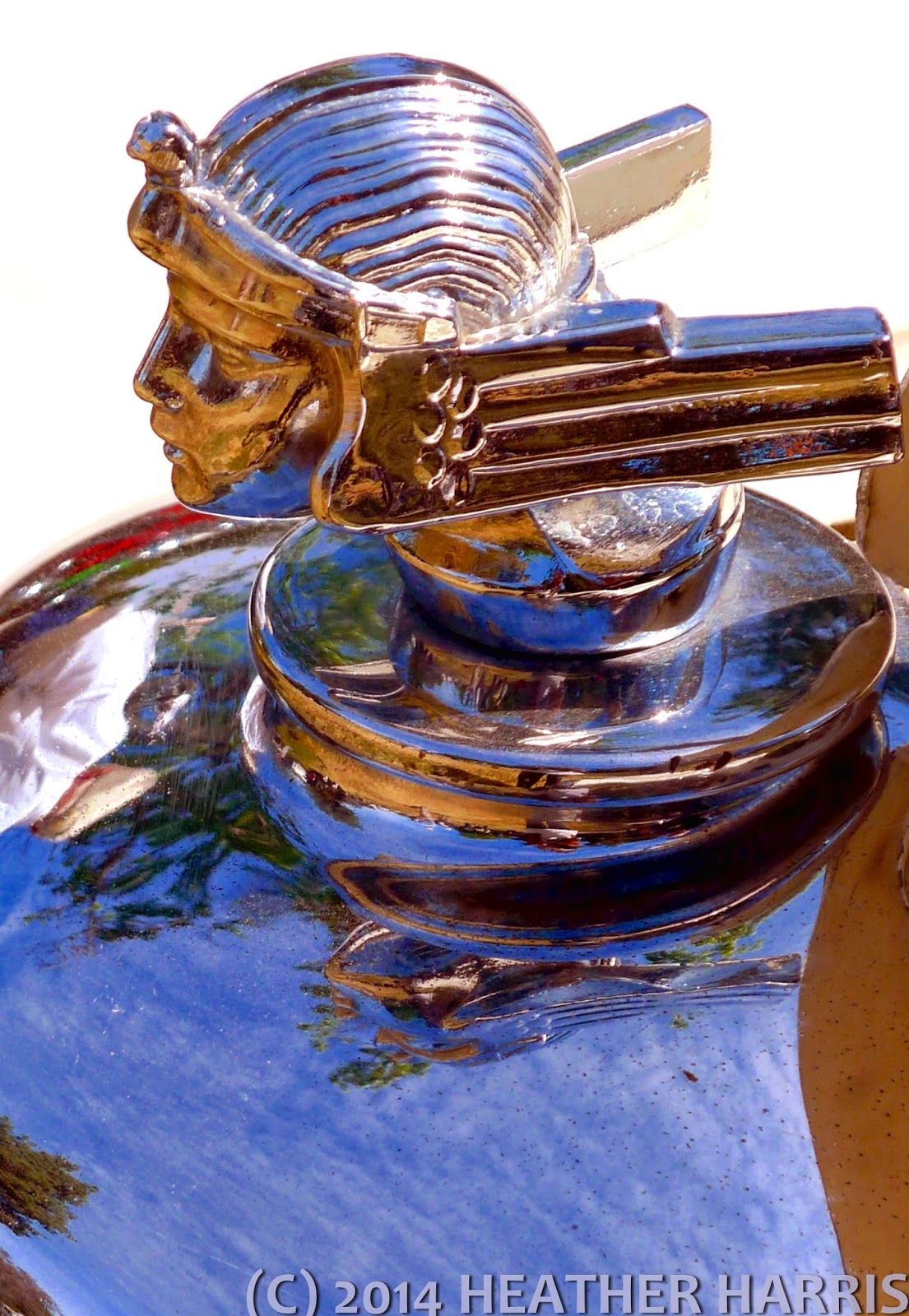 All shots taken with my "purse camera," a Panasonic Lumix DMC LX5
Posted by Fast Film at 9:44 PM