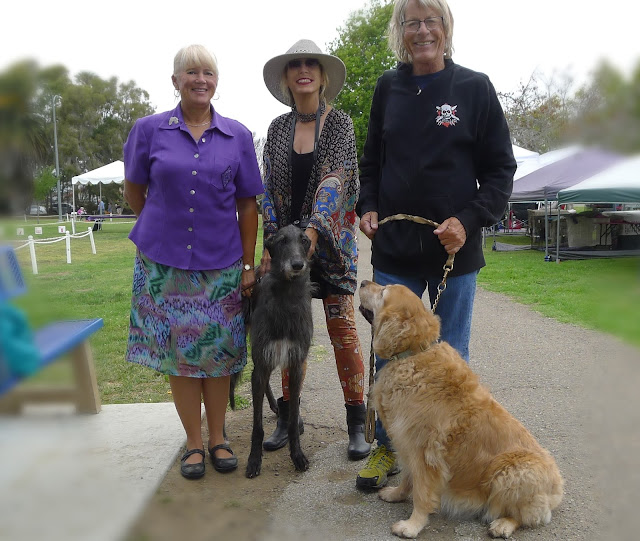 Had my horse not been safely returned to his boarding stable with no more threat from the Sand Fire, we probably wouldn't have traveled north to the annual Lompoc CA dog shows with its large Scottish Deerhound contingent in the Western Sighthound Specialty. But he was, so we went. Above via guest photographer Harriet King: dogs Bereton Tanager Gia (Scottish Deerhound) and Sarabelle (Golden Retriever); humans: Lesa Scribner Newbitt, breeder, co-owner and handler for Gia, yours truly, and my better half Mr. Twister pose at Lompoc. July 29, 30, 2016. 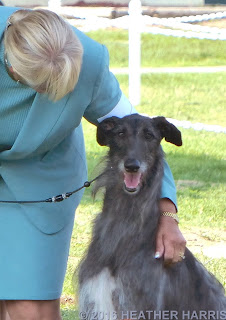 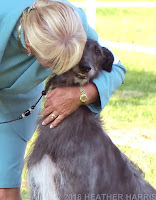 Herein, Gia and Lesa are 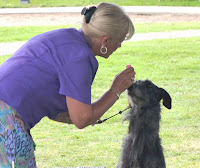 reacquainted, and Gia zeros in on
her preference for string cheese
or scones as her bait of choice in
the show ring, see below. 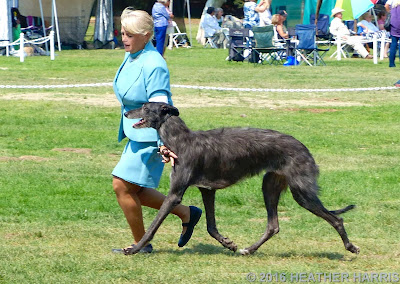 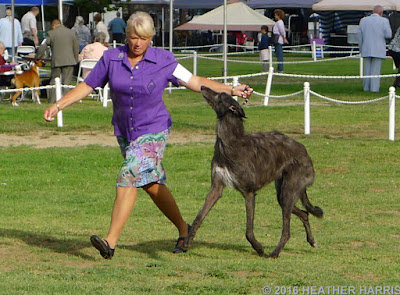 Third of three to older dogs in Bred by Exhibitor both days, but who cares. We had a great time seeing old friends, new friends, and attending the raucous Golden State Deerhound Club banquet and Deerhound fine art and swag raffle. 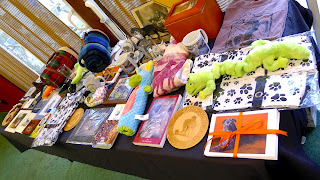 PHOTO OPS:
Below, this is a picture of perfection-- "Lucy," (CH. Belisarius Jp My Sassy Girl,) the Champion Borzoi from Japan who has won more shows than any other bitch. You saw her on tv at Westminster, Reserve Best in Show. Lompoc 7.30.16. Handler is Valerie Nunes-Atkinson. Lucy's adorable human family with their mind-bogglingly cute 3-year-old daughter have become as much mascots to the Sighthound world as Lucy has... 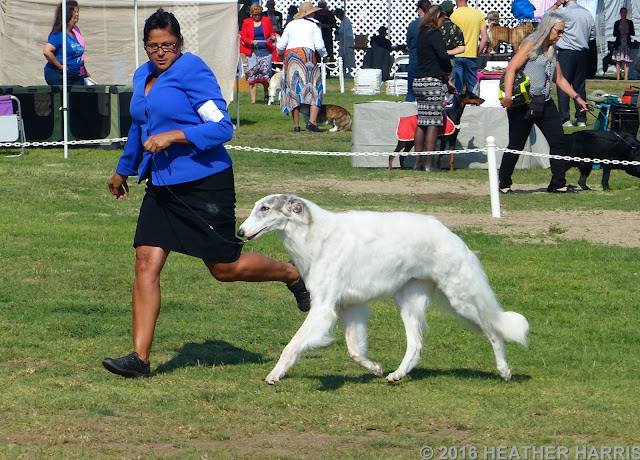 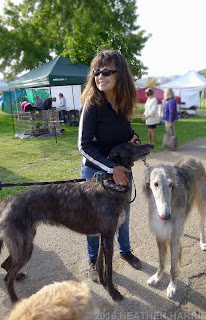 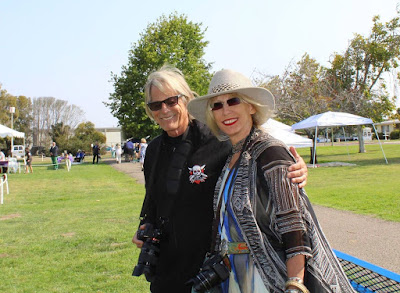